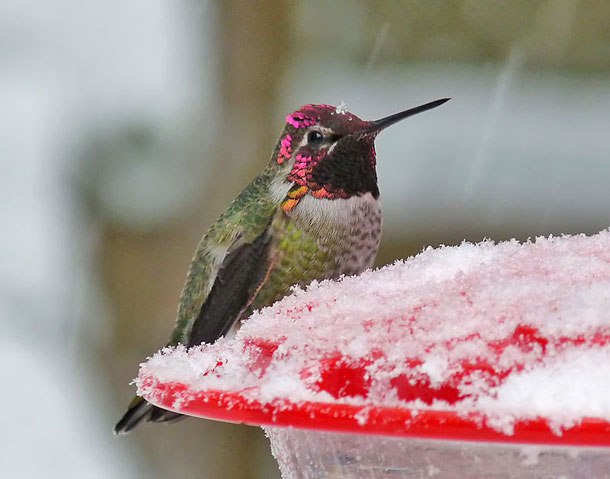 Most hummingbirds in the Northern Hemisphere migrate south for the winter, but the Anna’s Hummingbird sticks around as far north as British Columbia. (Photo: Mike Hamilton)

Most hummingbirds in the northern hemisphere head south during the winter, seeking out warmer climates near the equator. Anna's Hummingbirds, however, stick around as far north as British Columbia, using a nightly hibernation technique to keep themselves warm throughout the chilly winter nights. BirdNote's Mary McCann has the story.

BASCOMB: During the long, cold winters northern bird feeders could be graced with the usual suspects – blue jays, chickadees, perhaps a cardinal. But BirdNote’s Mary McCann tells us there are also some unlikely year-round residents. 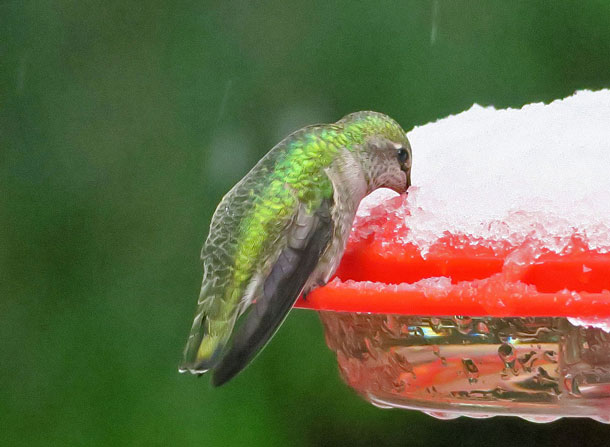 Anna’s Hummingbirds cope with the winter chill by entering a state of torpor, similar to hibernation, every night. (Photo: Mike Hamilton)

BASCOMB: For pictures, buzz on over to our website, loe dot org