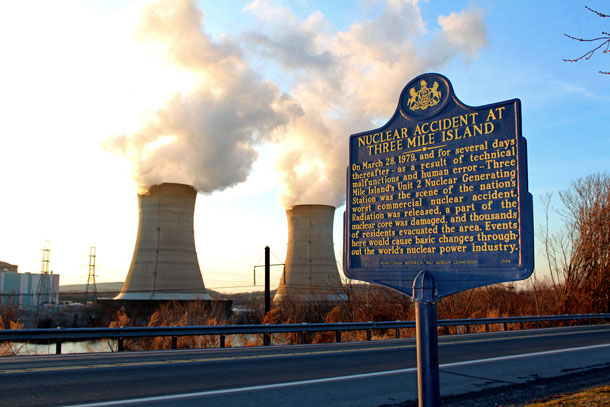 For this week's trip beyond the headlines, Peter Dykstra joins Host Steve Curwood to discuss the growing waste crisis that’s been worsened by China’s decision to no longer accept recycling from the U.S. Then, they talk about the generational impacts DDT and other endocrine disrupting chemicals may have in relation to breast cancer. And in the history vault, they look back to the uncanny timing of the Three-Mile Island atomic power plant crisis and the release of the film “The China Syndrome”, which focused on the impacts of a fictional nuclear power plant disaster.

CURWOOD: Let's take a look beyond the headlines now with Peter Dykstra. Peter's an editor with Environmental Health News, that's EHN.org; and dailyclimate.org. He's on the line now, I believe in Atlanta, Georgia. You there, Peter?

CURWOOD: Good. And, what do you have for us today?

DYKSTRA: Well, you know, a couple years ago, in 2017, China, which had become sort of the receptacle of all of the world's recyclables, announced that it was through with the process of taking in, in the case of the US, about 40% of our paper and plastic, bailed up, put on a ship across the Pacific, sent halfway around the world -- because it was actually cheaper to do that than it was to deal with recycling within the United States.

CURWOOD: I guess the Chinese have gotten pretty tired of that now.

DYKSTRA: Well, not only have they gotten tired, but with all of the economic renaissance in China, they now are producing enough their own garbage and their own recyclables that they'd rather just focus on what comes out of China.

CURWOOD: So where's it going if it's not going to China?

DYKSTRA: Well, here's part of the problem. Recyclables and garbage produced in cities has in the past gone to landfills. Less and less of that has been happening over the last few decades, because urban incinerators have been built in places like Philadelphia, Detroit, Baltimore. They burn city trash in the cities, often in or adjacent to low-income neighborhoods. And, what happens is that those incinerators contribute to what is already a long list of respiratory woes. Things like asthma in inner cities. 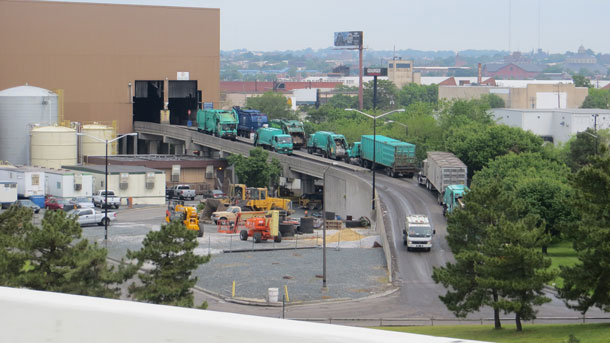 CURWOOD: Indeed. I mean, if you burn plastic you get all kinds of nasty chemicals, among them dioxin.

DYKSTRA: Right. And it's hard to sort of apportion out what percentage of inner-city respiratory problems are due to incinerators. But, it's presumed to be a lot. And, the whole situation is kind of a unfortunate, unfunny turn on an old vaudeville joke I first heard from Jimmy Durante years ago -- he said: "We were so poor, we had to take the garbage in."

CURWOOD: [LAUGHS] Hey Peter, what else do you have for us today?

DYKSTRA: DDT was outlawed in the US in the early 1970s, but get this: there's still evidence that its impacts on breast cancer cases is still surfacing, maybe even still growing. One of the longest lasting studies of its kind in Northern California, a study that goes back 60 years, of women and their children and their grandchildren, it’s now yielding clues about environmental influences on health, partly focusing on breast cancer, and including the long-debated role of DDT as well as other things. Endocrine disrupting chemicals, their impact on breast cancer. And, how it all fits into the concept of epigenetics. How environmental health problems can be traced from one generation to the next.

CURWOOD: Oh boy. So, these chemicals literally will have a history for generations.

CURWOOD: Speaking of that, what do you have from the history vault for us today?

DYKSTRA: The 40th anniversary, March 16, 1979, a film called The China Syndrome was released. It had an all star cast, featuring Jane Fonda, Jack Lemmon and Michael Douglas.

DYKSTRA: Well, "The China Syndrome" is the industry term for what would happen in a serious meltdown at a commercial nuclear plant. That the reactor core would be so hot that it would melt through the Earth's surface and go all the way to China. That's a little bit of hyperbole, but that's how it became known as "The China Syndrome".

CURWOOD: So, this movie has some, well, rather interesting parallels, if I recall correctly.

DYKSTRA: Yeah. Jane Fonda's character is a TV reporter. She goes out to do a story at a mythical Southern California nuclear plant. From there, it takes a Hollywood turn. You know, girl meets whistleblowing plant engineer, plant engineer takes hostages. But, what happened was two weeks after this movie was released, a real nuke plant near Harrisburg, Pennsylvania nearly blew its core. And, questions about nuclear plant safety essentially killed the nuclear power industry as an energy source in this country.

CURWOOD: And that plant in Pennsylvania, of course, was Three Mile Island.

DYKSTRA: All right, Steve, thank you. Will talk to you soon.

CURWOOD: And there's more on these stories at our website LOE.org.