Drilling in the Everglades 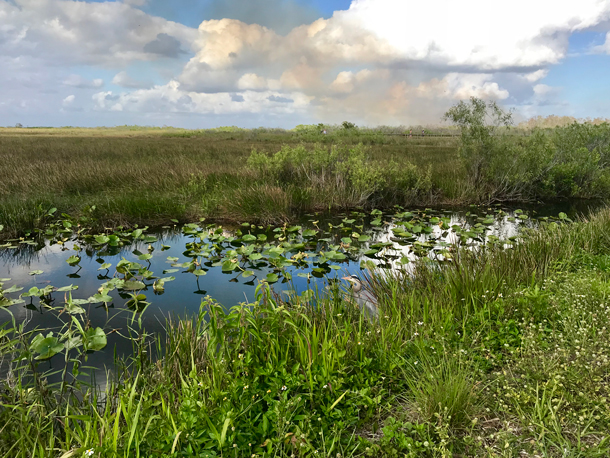 The Everglades ecosystem is comprised of a variety of vegetation, such as sawgrass, that coats the expansive waterways that lie underneath. (Photo: Lizz Malloy)

The unprotected parts of the Everglades region are open to development, including oil drilling. The Kanter Real Estate group recently won approval to drill an exploratory well in the Everglades ecosystem after a legal battle that started in 2015. Miami Herald Reporter Samantha Gross joins Living on Earth’s Bobby Bascomb to talk about the ruling.

CURWOOD: After years of legal wrangling a South Florida family recently won the right to drill for oil in a part of the Everglades outside the National Park. Samantha Gross is with the Miami Herald and has been following the case and she spoke to Living on Earth’s Bobby Bascomb.

BASCOMB: Now when I first read this headline "Florida Family Wins the Right to Drill for Oil in the Everglades." I thought it was a joke. Maybe an article from the satirical newspaper The Onion.

GROSS: No, it's a real case that's been about four years of legal battle for this family who mainly is made its fortune in real estate to have granted permission to drill and exploratory well for oil in the Everglades, just west of the Broward County suburbs near Miramar.

GROSS: Yeah, so this piece of land and specifically the piece that they want to drill on is part of this 20-mile-wide, hundred 50-mile-long stretch of shale that basically stretches between Miami and Fort Myers. It's called the Sunniland Trend and that western part of the stretch has been tapped for oil before, but the eastern part has not been tapped yet. And so the Kanter family wants to find potential for oil there. This eastern part of the land sits basically in one of the three conservation areas of the South Florida Water Management District, and it's just west of the Broward County suburbs. It's quite close to residential South Florida.

BASCOMB: But it's still technically the Everglades? 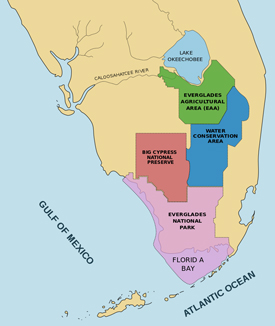 The Everglades is composed of much more than the national park. The Everglades reaches up through national preserves and conservation areas all the way up to Lake Okeechobee. (Photo: Wikimedia Commons CC)

BASCOMB: Now, from what I understand the Florida Department of Environmental Protection and the local municipalities are opposed to the Kanter families plan to drill in the Everglades. But the First District Court of Appeal ruled against them. Tell me what happened there?

GROSS: Yeah. So the First District Court of Appeal did rule against them. From the folks that I spoke with DEP didn't have the right expert testimony. There were some things that I guess, you know, weren't as convincing as it could have been. But, Noah Valenstein, who's the DEP secretary, who was recently re-appointed, said that, you know, DEP hasn't changed its long-standing policy to deny oil and gas permits. And it's something that they, you know, we're going to continue to fight but, it's unlikely the agency is gonna to take it to Supreme Court, some attorneys have told me. So, the DEP put out a statement actually saying it's reviewing options and it wants to help Broward County and the cities in that area fight this plan. So the Department of Environmental Protection has come out saying that they're disappointed but that they're gonna to continue to review their options and work with Broward County and do what they can so.

BASCOMB: So, despite winning the permit to drill for oil and the Everglades, the Kanter family needs zoning approval from Broward County for them to move forward with this project. How likely are they to get that do you think? 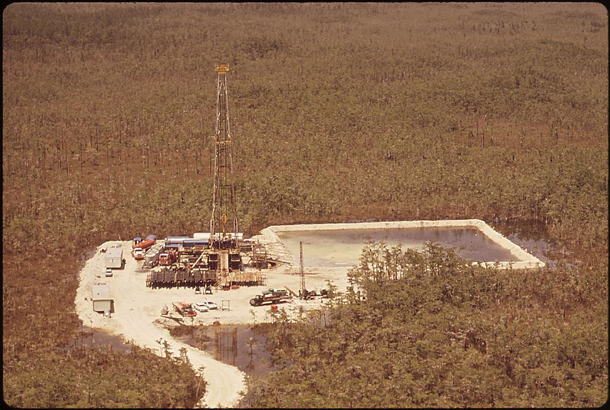 GROSS: I feel like it's definitely going to be a fight. Broward County has come out and said that they don't support this plan. When the first District Court of Appeal announced this decision in favor, there was a request by the state of Florida, Broward County, and the city of Miramar to rehear the case, which was denied eventually. But, I mean, there's intense opposite in Broward County.

BASCOMB: Now the family they want to drill an exploratory well on five of their 20,000 acres. What will that entail?

GROSS: So, an exploratory oil well basically is just a well operation to see the potential for oil, not necessarily to extract oil. People have said that, if discovered, that well could produce about 180,000 to 10 million barrels at the very most and it would probably be priced at about $50 per barrel. You know, environmentalist say that oil that is extracted from the Florida shale isn't clean oil, it's not part of Florida's economy. It's not something that the state profited off of in the past.

BASCOMB: And, the family argued that the land that they want to explore for oil is already degraded, that this isn't pristine wilderness. So it's not a big deal. How true is that do you think?

GROSS: So, people that I spoke with including this one environmentalist comes to mind, his name's Matthew shorts, and he is the executive director of the South Florida Wildlands Association. He said that that whole argument that the land is environmentally degraded is ludicrous. And he, he kind of pointed out an interesting point, which is that in South Florida, specifically, limestone, which makes up major part of that land, is not going to isolate anything. It's not degraded land, it's extremely porous. And any sort of operation like this would really affect that piece of land just because if there's a washed over oil pad and rain comes through water is going to distribute that all over because the land is so porous, and it's so sensitive to anything really.

BASCOMB: What species do you think would most be impacted by oil drilling there if it does occur?

GROSS: So I think that actually humans would be the species most affected. People are really concerned with the groundwater contamination. Florida, in general has a pretty shallow water table and when something pollutes the groundwater, it spreads fairly quickly. And because the Everglades is a living, breathing, like moving water system, any sort of pollution would spread south and we've seen that before with construction operations and back in the day when they were trying to kind of drain the Everglades and build homes and make this kind of a developed piece of land. That pollution, you know, still affects species to this day, including species that are, you know, no longer there in Everglades.

CURWOOD: Samantha Gross is a reporter with the Miami Herald. She spoke with Living on Earth’s Bobby Bascomb.

WLRN | “Energy Pro: Florida Is Not A Big Oil State. So Why Drill?”

More information about the Everglades