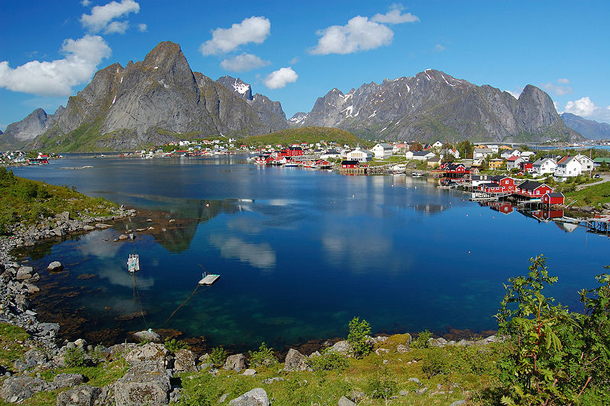 Lofoten is an archipelago filled with beautiful scenery and history. Norway has abstained from oil drilling in this emblematic area, and is moving forward on keeping up with the commitments laid out in the Paris Climate agreement. (Photo: Melenama, Flickr, CC BY SA - 2.0)

Looking beyond the headlines, Peter Dykstra takes Host Steve Curwood to Norway, where the government has decided against investing in drilling in the oil-rich Lofoten Islands. The opposite may happen in Florida, as President Trump moves towards developing offshore oil and gas drilling. They then talk about President Trump’s attempts to weaken the National Environmental Policy Act (NEPA) and look back on President Richard Nixon’s environmental policies, including the birth of NEPA.

CURWOOD: Let's head down to Atlanta, Georgia now to talk with Peter Dykstra. He's an editor with environmental health news -- that's ehn.org and dailyclimate.org -- for a look beyond the headlines. Hi there, Peter.

CURWOOD: But first, take a look out the window. Those magnolias are all blossoming there I imagine?

DYKSTRA: All the Magnolias are blossoming and you could inhale that sweet aroma of the magnolias, and you also get a nose full of pollen this time of year.

CURWOOD: Hey, what do you have for us today?

DYKSTRA: Yeah, there are advocates of climate action, Bill McKibben is the most noteworthy, that have told us that in order to prevent the worst consequences of climate change, we're going to need to leave oil in the ground, large amounts of oil, or leave it under the sea. And you know what, Norway is actually doing that right now. The Lofoten Islands are an archipelago in the Arctic, Norway makes a bundle of oil elsewhere in places like the North Sea, they pull out over a million barrels a day, but in the Lofotens, it's estimated that there are one to three billion barrels of recoverable oil. Norway is gonna leave it right there under the sea and protect a pristine set of Arctic islands.

CURWOOD: But that's worth a lot of money. And they're doing this because?

DYKSTRA: They're partly doing this because they can, I mean Norway makes a lot of money off of oil. They have a huge pension fund, almost a trillion dollars. A lot of that comes from oil, but they have pledged that what they take in from oil is going to be reinvested in renewables.

CURWOOD: That's really an encouraging sign. What else do you have Peter? Any more good news?

DYKSTRA: No, not right now. Politico reported from some unnamed administration sources this week that the Trump administration is going to seek to auction oil and gas leases off of Florida, and that's both the East Coast and the Gulf Coast. That's something that even Republican supporters in Florida are likely to oppose.

DYKSTRA: He did and that may have helped Rick Scott get elected to the Senate in a very, very tight race. But if you go back even farther, George W. Bush as President said he considered opening up oil leases off Florida, and he was opposed by his own brother Jeb Bush, then the governor of Florida.

CURWOOD: It looks like a family fight among the Republicans, huh? Hey, what else do you have for us today?

DYKSTRA: Well, we're gonna have to look in coming weeks for one of the stealthiest attacks on environment from the Trump administration; it involves NEPA. Maybe you've never heard of NEPA, and if you haven't, you're not alone. It's the National Environmental Policy Act. It's been around for almost 50 years. And it's the law that requires an environmental impact statement for things like dams, pipelines, levees, any big federal government backed project.

CURWOOD: And it can take quite a while to do those statements; in fact, that's what kind of hung up the Keystone XL Pipeline.

DYKSTRA: That's correct. And it takes up to three to five years to put an EIS together, an environmental impact statement. The law also allows for public input on such projects. It was also the thing that created the President's Council on Environmental Quality, the main environmental advisors for the White House. President Trump says he wants to streamline the process. He's already waived NEPA and some other laws in order to push through his border wall.

CURWOOD: Ok, let’s go back in history now Peter. What do you see? 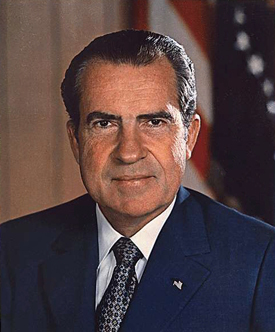 CURWOOD: Thanks, Peter. Peter Dykstra is an editor with Environmental Health News. That's ehn.org and dailyclimate.org. We'll talk to you again real soon.

DYKSTRA: Thanks a lot, Steve. Talk to you soon.

CURWOOD: And there's more on these stories at our website loe.org.


Independent | “Norway Refuses to Drill for Billions of Barrels of Oil in Arctic, Leaving ‘Whole Industry Surprised and Disappointed’ ”

Politico | “The Confidential Oil Plan that Could Cost Trump Reelection”