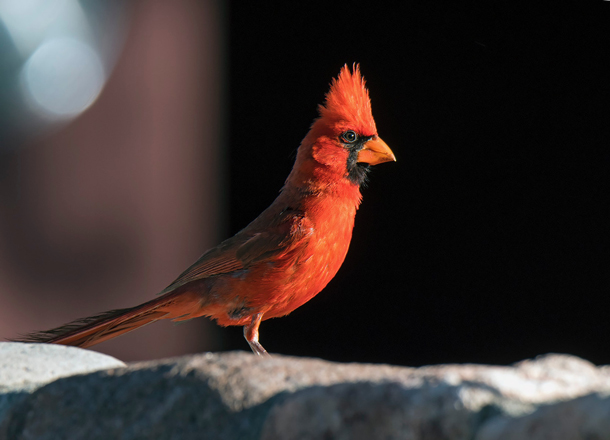 State birds are usually among the more common species in a state, but not always, as with the endangered Nene goose of Hawaii. And as BirdNote®’s MaryMcCann reports, in some cases they aren’t even native to the North American continent.

CURWOOD: Every state in the US has an official state bird. Typically, they’re native birds or have a strong connection to the state. But as BirdNote’s Mary Cann reports, that’s not always the case.

MCCANN: This may sound strange, but a bird native to China is the official bird of South Dakota. It’s the Ring-necked Pheasant.

Most state birds are native, though — and common, except for Hawaii’s Nene (pronounced NAY-nay), a type of goose that’s endangered. [Nene call]

Some have special stories. In 1848, insects were devastating crops in Utah. A flock of California Gulls descended and devoured the pests, saving the Mormons’ first harvest. [California Gull calling in the background] A monument in Salt Lake City commemorates this avian intervention. 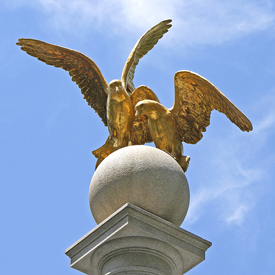 Utah’s state birds, California Gulls, are said to have saved Mormon farmers’ first harvest in the state when they wiped out crop-threatening insects. Salt Lake City commemorates these gulls with a monument. (Photo: © Terence Faircloth)

The “Blue Hen Chicken” is the state bird of Delaware.

[Clucking of Gallus gallus behind narration]

A captain in one of the first battalions from Delaware in the Revolutionary War raised Blue Hen Chickens for sport. Those soldiers — and those chickens — were famous for their fierce fighting. The company became known as "Blue Hen's Chickens,” still a source of state pride.

The Rhode Island Red’s place as state bird is a bit more mundane. The “Red,” a hardy and productive chicken, was nominated by the poultry industry.

CURWOOD: For pictures, fly on over to our website loe.org.