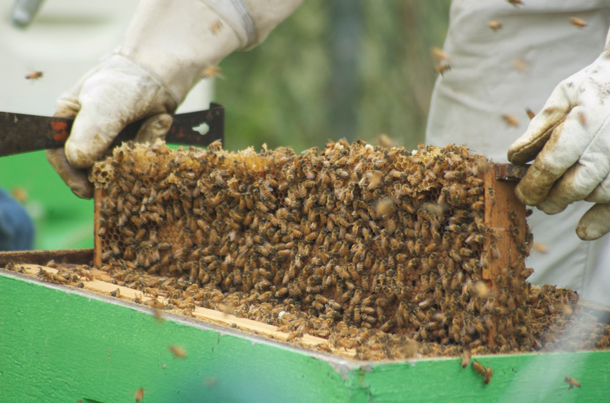 Peter Dykstra and Host Steve Curwood discussed a recent rash of beehive theft, which may be happening in part because of the continued decline in bee populations. Also, the upgrades to New Orleans levees in the wake of Hurricane Katrina at a cost of $14 billion for taxpayers may not be up to the task in just four more years. And in the history vault, the two look back 44 years to the publishing of an infamous Newsweek story on global cooling, still used to this day by climate deniers seeking to sow confusion about the science.

CURWOOD: Let's take a look beyond the headlines now with Peter Dykstra. Peter's an editor with Environmental Health News. That's EHN.org and DailyClimate.org. On the line now from Atlanta, Georgia, at least the connection is up. Peter, are you there?

DYKSTRA: I'm here. How are you doing, Steve?

CURWOOD: Good. And tell us, what do you have for us today?

DYKSTRA: Well, this is a story that ran a little while back, chased down by Vice News. And it's about an environmentally-related crime that just hit me totally out of the blue. I didn't expect this. There's a rise in thefts of beehives.

DYKSTRA: People are stealing bees because bees are so essential to the pollination of a lot of crops. The biggest example would be the almond crop grown in this country almost entirely in California. The pollination season is February. The growers rent beehives from beekeepers all over the country. The hives go for as much as $350 each in rental and starting two years ago, there was a million bucks worth of beehives that just vanished. This year, the total might be higher.

CURWOOD: Huh. And who's stealing these?

DYKSTRA: They haven't figured out exactly who, but the suspects are other beekeepers. Obviously, they would have interest in having more bees, but also they would have the equipment, because if you're going to steal a beehive, you need the same equipment that you would need to keep a beehive and the only people who have that are beekeepers. So they are the persons of interest.

CURWOOD: And I imagine for the cops to catch these bee rustlers, they'll set up a sting.

DYKSTRA: Oh, you were just waiting for that one.

CURWOOD: Of course. Hey, what else do you have for us?

DYKSTRA: Well, New Orleans and the feds of the state of Louisiana spent $14 billion, mostly federal money, on upgrading New Orleans levees after Hurricane Katrina. But now the Army Corps of Engineers and some advocacy groups are saying that $14 billion is only going to last about four years of guaranteed protection for New Orleans. 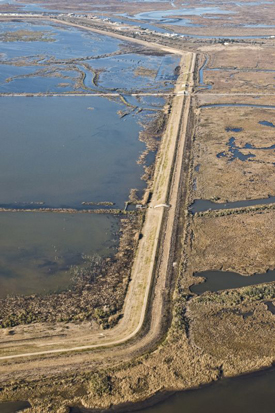 The devastating effects of Hurricane Katrina led to the construction of levees to protect against flooding. Recent constructions are likely to need more work, due to the soft soil underneath and increasing sea level rise. (Photo: Ray Devlin, Flickr, CC BY 2.0)

CURWOOD: Wait a second, $14 billions to buy four years? That doesn't make a lot of sense.

DYKSTRA: Well, you've got two things going on. One is the natural process of land subsidence: when you have marshy land, like most of Louisiana, or like the islands in the Chesapeake Bay, they just tend to sink. And while they're sinking, sea levels are rising. The levees themselves are sinking a little bit with the land. And the Army Corps says the time is short before they're going to have to upgrade the levees again.

CURWOOD: Yeah, and one reason, by the way, that this land is sinking is that the Mississippi isn't allowed to make more land. It's getting channeled through there.

DYKSTRA: Oh, yeah. The Mississippi is chopped up. The oil and gas industry takes a lot of the blame for that. And people in Louisiana are scrambling to save their state.

CURWOOD: So let's take a look back in the history vaults.

DYKSTRA: Oh, this is one of my favorite ones. April 28, 1975. That's the day that Newsweek published its infamous "global cooling" story. It's been left in the dustbin of history except by climate deniers who use it to this day to sow doubt about climate science, which was back in its infancy then.

CURWOOD: And who wrote this story? And what was the basis for it?

DYKSTRA: Peter Gwynne was the science editor for Newsweek. He's a respected journalist, but we caught up with him a few years ago. He said a very journalist-like thing, he said he stands by the story based on the facts as we knew them, but he also acknowledges that science moved on very quickly from any theories about global cooling. Science moves on and advances and improves, the same way that the music industry does, which is why The Captain and Tennille aren't occupying the number one slot anymore. 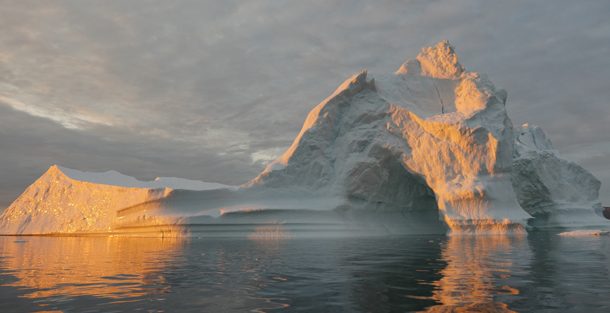 The story “The Cooling World”, published by Newsweek in 1975, still acts as the banner for climate deniers to this day. The author wrote an article for Insider Science, explaining that climatology has changed, and that an old magazine article should not be used to deny current scientific data on climate change. (Photo: NASA Goddard, NASA, Public Domain)

CURWOOD: Of course, that was the hit music in April 28, 1975. Peter Dykstra is an editor with Environmental Health News, that's EHN.org. And DailyClimate.org. Hey, we'll talk to you again real soon, Peter.

CURWOOD: And there's more on these stories on the Living on Earth website, LOE.org.

Scientific American | “How the 'Global Cooling' Story Came to Be”