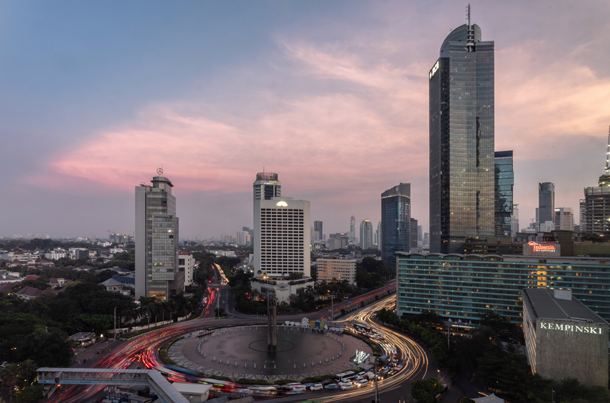 The Indonesian capital of Jakarta, which is home to 10 million people, is sinking, causing the government to consider relocating to higher ground. (Photo: Jakarta, Indonesia, Gordon, Flickr, CC BY-NC-ND 2.0)

Looking beyond the headlines, Peter Dykstra takes Host Steve Curwood to the sinking Indonesian capital of Jakarta. The city has been plagued by subsidence and groundwater depletion, prompting the government to consider relocating to a safer, drier place. They then discuss the green jobs market and its promise to deliver higher wages and lower entry barriers, and conclude with a history calendar note on Utah Senator Mitt Romney. 15 years ago, as Governor of Massachusetts, Mr. Romney signed a groundbreaking Climate Action Plan, but shifted his beliefs on climate change after entering the 2012 presidential race.

Time now for us to take a look beyond the headlines. And for this journey, we travel to Atlanta, Georgia to talk with Peter Dykstra. He is an editor with Environmental Health News, that's EHN.org and DailyClimate.org. And on the line, hey there, Peter, what's going on?

DYKSTRA: Hi, Steve. You know, one of the world's great cities is sinking. Jakarta is home to 10 million people, it's Indonesia's capital. It's a major victim of subsidence. That's where marshy land forces whatever is built on top of it to literally sink. The other problem with Jakarta and those 10 million people - 10 million thirsty people - is that they're drawing down groundwater, which aggravates the subsidence problem even more. Add sea level rise to the mix, and it's prompted the Indonesian government to look into moving its capital.

CURWOOD: Okay, they could move the capital, but what about the 10 million other people?

DYKSTRA: Well, that's why they're not going to move the 10 million people, they're only going to move the people and the buildings associated with running the Indonesian government. They'll move them to a safer location, and Indonesia's planning minister said it's no surprise. They've known this for decades, it's bound to happen. They say that moving the government will also help alleviate pollution and traffic, and however many of the 10 million remain.

CURWOOD: I mean, if the government folks can get out of town and avoid getting flooded out, it still leaves the ordinary folks there.

DYKSTRA: Well, they have our thoughts and prayers.

CURWOOD: [LAUGHS] Okay. Hey, what else do you have for us today?

DYKSTRA: Well there's a report out from the Brookings Institution about the green jobs economy, the clean energy economy that lies in our future. The Green New Deal didn't pass in Congress this time around, but it's really helped push up the dialogue about it. The green jobs economy promises, according to Brookings, that there'll be better paying jobs that'll be easier for many people to access, but it won't be an ideal new deal. 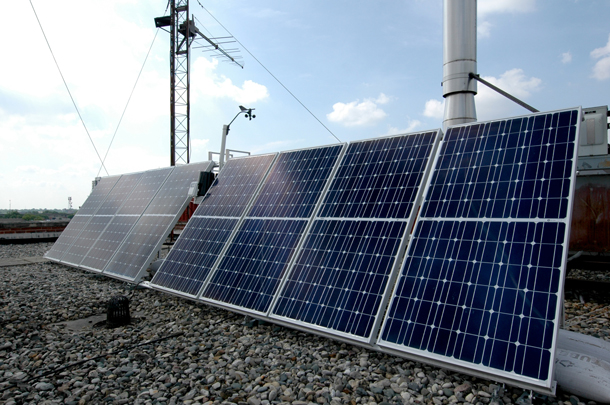 CURWOOD: What's un-ideal about it?

DYKSTRA: What's un-ideal is that a lot of these jobs have tended so far to be focused toward whites and men. And the diversity aspect of it isn't that strong. But the economic aspect of it promises a $5 to $10 premium, according to Brookings, in what these jobs pay, not just in clean energy, but also energy efficiency, and then the planning and management aspects of both of those things.

CURWOOD: Five to 10 bucks more an hour really matters. All right, well let's look back now in history. What would you like to talk about today?

DYKSTRA: Coming up on the 15th anniversary, May 7, 2004, Massachusetts Governor - this is up by you guys - Mitt Romney spearheaded something called the Climate Action Plan. It was groundbreaking, not only because no other state had a similarly ambitious climate action plan, but it was spearheaded by a Republican.

CURWOOD: Yeah, but you know, just about when he was going to finish his term, he didn't quite sign what's known as the Regional Greenhouse Gas Initiative. Some said it was because he had his eyes on another job. 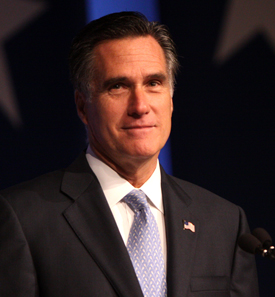 DYKSTRA: Yeah, he left that to his successor, a Democrat named Deval Patrick, to sign for Massachusetts. And Mitt Romney, when he got to the 2012 presidential election, when he ran against Barack Obama, by that time, he was expressing doubt about climate change, just like a whole lot of other Republicans made a U-turn on the issue. Now he's a Republican senator from Utah. So we shall see how it all works out for Senator Romney.

CURWOOD: Thanks, Peter. Peter Dykstra is an editor with Environmental Health News, that's EHN.org, and DailyClimate.org. We'll talk to you again real soon.

CityLab | “A Bottom-Line Case for the Green New Deal: The Jobs Pay More”