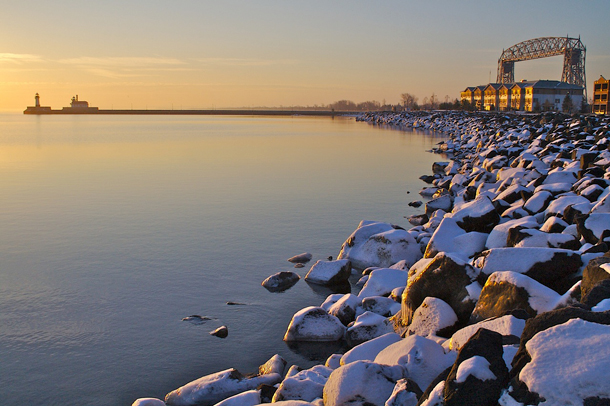 As climate disruption advances with rising sea levels and more intense storms, floods and wildfires, some people are thinking about safer places to live. And cities like Duluth, Minnesota and Buffalo, New York are already branding themselves as climate resilient, thanks to factors such as their cool climate and proximity to bountiful fresh water. New York Times reporter Kendra Pierre-Louis joins Host Steve Curwood to discuss why these two cities are attractive to climate refugees, as well as the potential threat of climate gentrification.

CURWOOD: As climate disruption advances with rising sea levels, more intense storms, floods and wildfires, some people are thinking about safer places to live. And cities including Duluth, Minnesota and Buffalo, New York are already branding themselves as climate resilient. Here to tell us more is New York Times reporter Kendra Pierre-Louis, who recently wrote about this trend. Thanks for joining us Kendra!

PIERRE-LOUIS: Thanks so much for having me.

CURWOOD: So, what exactly are the criteria of being a good climate refuge city?

PIERRE-LOUIS: It's an abundance of water, because water is life. It is a location that is not going to be too hot or too cold as the climate warms. It's a location that has fewer of the worst negative impacts of climate change. So they're not going to be affected by sea level rise, you're not going to get slammed by a hurricane, they're not necessarily going to burn to the ground because of a wildfire. And they're an area where an economy can thrive. So they're somehow connected to an economic hub.

CURWOOD: So, why are these two cities model cities for climate refuge?

PIERRE-LOUIS: Buffalo and Duluth actually share a lot in common. So they're both on a great lake, which means they have a ready supply of fresh water. They're relatively cool places. So, as the climate warms up, they'll still be really comfortable places to live, especially in summer. I think Buffalo's never had a 100-degree day. They are near major metropolitan cities; in the case of Buffalo, it's Toronto, in the case of Duluth, it's the Twin Cities. And those larger metropolises are expected to fare relatively well under a warming climate, so they will have that economic anchor to tie them to. And both cities actually have a footprint that is larger than the number of people that live there, so there is room for growth.

CURWOOD: What other cities around North America do you think would meet this criteria?

Duluth Minnesota has cold temperatures and access to the fresh water of Lake Superior, the largest of the Great Lakes, which alone contains 10% of the world's surface fresh water. That makes it less vulnerable to heat waves and drought. (Photo: Glen Dahlam, Flickr, CC BY-SA 2.0)

CURWOOD: How fair is it to say that these places would give someone moving there maybe a bit more time than they would have elsewhere?

PIERRE-LOUIS: Yeah, I think that's a fair thing to say. Something else that one of the researchers I talked to raised, somewhat interestingly, is that both Minnesota and New York State are high-tax states, that means that these cities have a base from which to draw upon to actually do the adaptation and mitigation. So when you're looking at places that don't have as much money in terms of state income tax, or property taxes, even, you're having the same effects, but you don't necessarily have the ability to mitigate or adapt against it, absent federal dollars. And so that's just something else that I'm starting to think about really critically and to keep in mind. It's not just that these places are really geographically well-suited for a warming world, it's also that their social systems are designed in such a way that they're able to actually take action against it. And I saw that a lot in Duluth. Duluth has actually done a lot of climate change adaptation and mitigation work.

CURWOOD: Now, what signs are there that other cities are, in fact, looking into marketing themselves as places of climate refuge as well?

PIERRE-LOUIS: These are the two that are the strongest that have gone on record in one way or another as saying it, really boldly, that this is a thing that they're thinking about. But as I touch on in the piece, nobody really knows if it's going to work, especially in the case of Duluth, just because of how we know existing patterns of migration are. Over the past hundred years, for the most part, everyone in the United States has been migrating south, not north. The one exception is obviously the Great Migration. And that was people fleeing from Jim Crow, that was people fleeing from really horrible racism, from being lynched. It was a matter of immediate survival. And as soon as the United States government started passing legislation, like the Voter Rights Act, or the Civil Rights Act, that migration started flipping. There's been a really slow reverse migration of African Americans from the North into the South since the 1970s. And the other way that we tend to move is through social networks. So if you have a cousin or an aunt or an uncle who lives some place, and where you're living is like not that great, you might decide to move to where that extended family member is or where a friend network is, and you know you can get work. So in that regard, Buffalo is actually better positioned than Duluth because Duluth is pretty homogenous. Most of the people in Duluth are from the area, more or less, where Buffalo has really doubled down on immigration. You know, we've heard stories in Buffalo of a recycling center where they actually need a translator to hold meetings, because so many people speak so many different languages. And after Hurricane Maria, Buffalo got 10,000 people, which is huge for a city of about 250,000 people. And that's because Buffalo has this long history of having a large Puerto Rican population relative to the size of its city. Part of the reason some of the Puerto Ricans moved to Buffalo, is Buffalo had actually been advertising on Puerto Rican TV for years for teachers, they were looking for Spanish language teachers. And so people understood that Buffalo existed and was a place that they could move to and possibly find work. And I think even this conversation, even the article, in a weird way, kind of feeds into people's awareness of these cities and of these places. So sometimes those connections don't necessarily have to be super strong. It just has to be people have to be aware that those places exist and are an option. 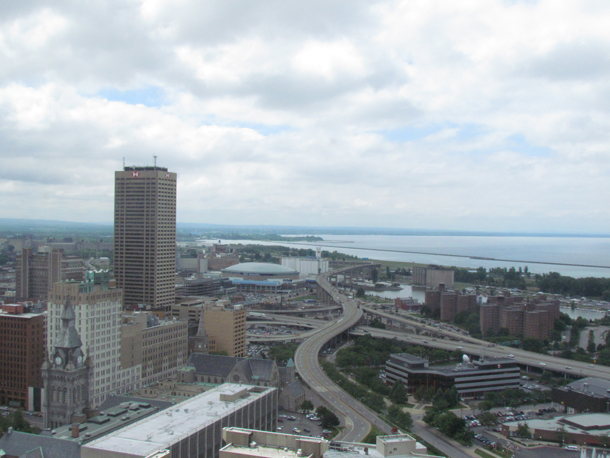 CURWOOD: Now, what about this concept of climate gentrification? What is this concern? And how does it come into play with cities such as Duluth and Buffalo?

PIERRE-LOUIS: That is an absolute concern, which is the idea that as people who have choice and preference, so people with money, move to avoid the worst effects of climate change, they push out people who are living in places that are relatively safe from climate change, and push those populations into riskier areas. It's less of a concern in Buffalo in a sense because Buffalo has a lot of empty housing stock still. So you could actually get a decent number of people into Buffalo before housing prices would go up significantly. In the case of a city like Duluth, this is a particular concern, because even though Duluth's footprint as a city is very large, they actually don't have a ton of excess housing. So if a lot of people were to move in before they built housing to accommodate them, there's a real risk it would cause housing prices to increase. 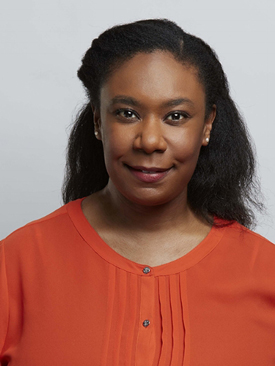 CURWOOD: So Kendra, how often are you looking at the classified housing ads in Buffalo, New York?

PIERRE-LOUIS: [LAUGHS] Well, not too often because housing in Buffalo is so much cheaper than housing in New York City that it makes me really depressed. [LAUGHS]

CURWOOD: [LAUGHS] Kendra Pierre-Louis is a reporter with The New York Times. Kendra, thanks so much for taking the time with us today.

PIERRE-LOUIS: No worries. Thanks so much for having me.

CURWOOD: And, you can tell me. Are you really packing for Buffalo or not?

PIERRE-LOUIS: [LAUGHS] I am not.

The Buffalo News | “How to Escape Climate Change? Move to Buffalo, One Expert Says.”

Duluth News Tribune | “Duluth as a Destination for Climate Refugees?”