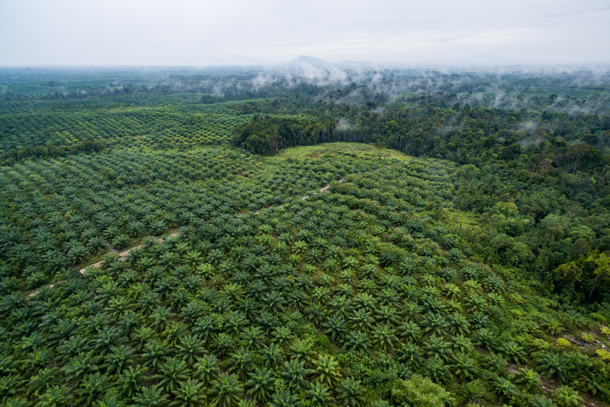 Tropical Deforestation opened the door for invasive species and lessens the huge carbon sequestration potential that forests provide. This is a photograph of an oil palm plantation in the forest of the Sentabai Village of West Kalimantan. (Photo: Nanang Sujana, CIFOR, Flickr, CC BY-NC-ND 2.0)

The United Nations recently released a shocking report on the state of the world’s biodiversity, warning that about a million plant and animal species are on the verge of extinction due to human activity. Noah Greenwald, the Endangered Species Director for the Center for Biological Diversity, spoke with Living on Earth’s Bobby Bascomb about the grim outlook for biodiversity.

The United Nations recently released a shocking report on the state of the world’s biodiversity. The UN scientists warn that roughly 1 million plant and animal species are on the verge of extinction due to human activity. It would be the first mass extinction since humans started walking the earth and has dire implications for the survival of our own species. Already humans are losing key ecosystem services that nature provides, including crop pollination, storm mitigation, and clean air and water. Noah Greenwald is the Endangered Species Director for the Center for Biological Diversity, and he spoke with Living on Earth’s Bobby Bascomb.

BASCOMB: So what went into putting this study together?

GREENWALD: Well, so this is a UN study, and the intent of it was to be, you know, similar in scope to the IPCC reports on climate change. You know, so it's hundreds of scientists from around the globe coming together and compiling information on species extinctions and loss of habitat. And the UN wants to bring this issue to the forefront, in the same way that climate change has been brought to the forefront with those IPCC reports.

BASCOMB: Well, the headline being reported is that 1 million species are at risk of extinction. How did researchers arrive at that number?

BASCOMB: And what is the timeframe for this mass extinction?

GREENWALD: You know, for many of these species it's in the next just few decades. If we don't take action soon, say, the next 10 to 20 years, our ability to reverse these trends gets smaller and smaller. So it's, like with climate change, this is something we need to take action on right away.

BASCOMB: So climate change, and this biodiversity loss, they're really interrelated. I gather it's hard to separate one from the other.

GREENWALD: Very much so. I mean, in part because climate change, one of the biggest impacts from it is going to be species loss. And you know, we're already losing so many species because of our footprint, because of altered habitats. It makes it even harder for species to adapt to climate change because their ability to move is impacted by habitat loss and fragmentation.

BASCOMB: And then climate change, I would think, would make what habitat is left less suitable for them. If it's too warm, if it's too wet, if it's too dry, however the climate may be changing locally.

GREENWALD: Yeah, exactly. I mean, even things like the climate for plants, the climate might still be right, but it may no longer be right for their pollinators. So you can get things that become out of sync, essentially.

BASCOMB: And what are the other factors that are leading to this mass extinction?

GREENWALD: It's, you know, the same factors that we've been seeing in species conservation for a long time: habitat destruction, invasive species, pollution, exploitation. You know, so something particularly in the oceans these days for fisheries, you know, there's, I think the report concluded that a third of all fisheries are unsustainable. Poaching for species like elephants, or rhinos or lions, those -- direct exploitation becomes a serious problem as well. 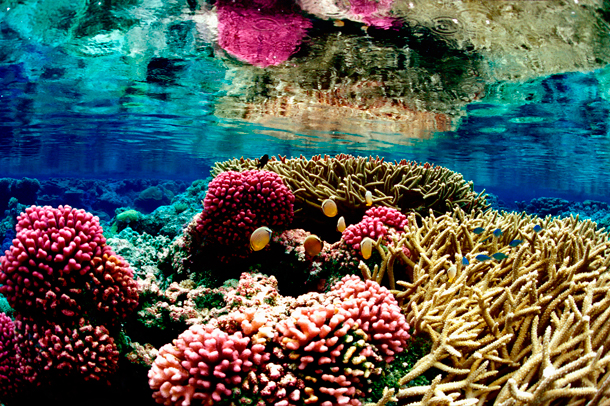 Coral Reefs harbor one of the most diverse ecosystems on the planet as well as supporting fisheries, tourism and the overall health of the ocean. (Photo: Jim Maragos, U.S. Fish and Wildlife Service, Flickr, C BY-NC 2.0)

BASCOMB: Well, let's just look at a few examples of the different habitats that are being threatened and what they mean. What about the rainforest? I mean, tropical rainforests are arguably the most biologically diverse habitat on our planet. What does this report say about rainforests and the species that are at risk within them?

GREENWALD: I mean, it's true, tropical rain forests just hold an incredible diversity of species. And so their loss has a much greater impact on overall biodiversity loss. You know, we've known this for decades. And you know, efforts have been made to slow tropical forest deforestation. But it's, it's still ongoing, you know, the conversion to palm plantations in Indonesia has been one of the most striking examples in recent years, but there's others as well. And so we have to figure out a way to help these countries not destroy their forests and protect their forests. It's critically important for biodiversity. It's also critically important for climate too, because these forests, you know, help regulate our climate and store massive amounts of carbon. You know, closer to home here in North America, the extinction crisis is really happening, the leading edge of it is, our freshwater ecosystems, our rivers and streams. That's where the most species have been lost. We're at risk of losing many fish, mussels, crayfish, we've been working to get these species protected under the Endangered Species Act because of that.

BASCOMB: And what about coral reefs? I know that they're in really sharp decline all over the world. What's going on there in terms of possible species extinctions?

GREENWALD: So coral reefs are just hugely important to diversity in the oceans, you know, that's where most of the biodiversity is found, particularly in tropical waters. And, you know, overall, it's the near-shore habitats, you know, whether you're tropical or non-tropical, that have most of the species in the ocean. And that's also, of course, where we're having the most impact. And the report highlighted that a third of them have died since, I think it was 1970. I actually witnessed this personally, I was in a class in 1990, on the natural history of Hawaii, and spent a month at a campground in Maui, and there was a beautiful, beautiful reef there. It was amazing, just teeming with life. And I went back there for spring break this year, to Maui, and stayed at the same campground and, you know, observed, largely, a dead reef where they're had once been this incredibly live, you know, beautiful reef. 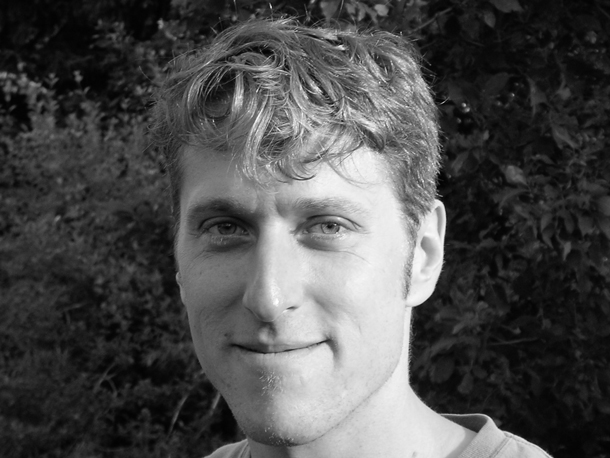 Noah Greenwald is the Endangered Species Director for the Center for Biological Diversity. (Photo: Courtesy of Noah Greenwald)

BASCOMB: Of course, human beings do not exist in a bubble. How might this loss of biodiversity affect people?

GREENWALD: Yeah, so I think the report did a really good job of highlighting why this matters to us. And that gets back to this concept of ecosystem services, so ecosystems do things for us. Most of our medicines come from species and from ecosystems; all of our food; ecosystems clean our water, they clean our air, they moderate floods, they moderate our climate. We need ecosystems for our quality of life and for our very own survival. And ecosystems are made up of species. It's, the parts of ecosystem are species. And so as you lose more and more species, the ability of ecosystems to function and provide these services becomes compromised. You know, an analogy that's often used is, say, like an airplane or a helicopter, you know, you can maybe lose a couple bolts here and there, and the plane will still fly. But as you lose more and more parts, you're going to eventually drop from the sky. And that's the concern, that we're going to lose these ecosystem services, which provide so much benefit to us.

BASCOMB: Well, this is all thoroughly depressing. And the scale of the problem just feels overwhelming. What can you say to someone listening right now that thinks the world's going to hell in a handbasket? I mean, what can possibly be done? What can I do?

GREENWALD: Yeah, I mean, I think it's important to remember that there's a lot of nature and the natural world that's left. And so there's a lot to protect, and we have, we still have a beautiful world. And we just need to work harder to protect it. We have to let those in power know that this is critically important to us, and that we need change. We need a fundamental transformation in how we do business, you know, both to address loss of biodiversity and to address climate change.

CURWOOD: Noah Greenwald of the Center for Biological Diversity, speaking with Living on Earth’s Bobby Bascomb.