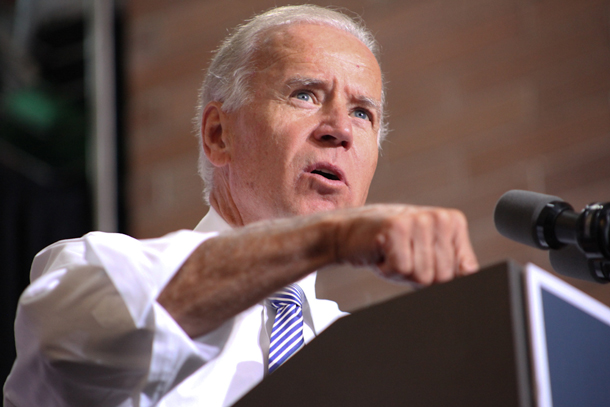 An aide to former Vice President Joe Biden said that the Democratic presidential candidate would be taking a “middle ground” approach with respect to climate change. The Biden campaign has since walked that statement back. (Photo: Kelly Kline, Flickr, CC BY-SA 2.0)

For this week's trip beyond the headlines, Peter Dykstra and Steve Curwood take a look at the recent statement by a Joe Biden aide that the Democratic presidential candidate would take a "middle ground" approach to climate change. Then, they discuss a United Nations agreement to eliminate plastic waste, but the United States is not in the deal. Finally, the pair reflects on the Lacey Act, a major conservation law signed by President McKinley in 1900 that prohibits illegal wildlife trade.

Time now to look beyond the headlines with Peter Dykstra. Peter's an intrepid editor with Environmental Health News, that's EHN.org and DailyClimate.org. On the line now from Atlanta, Georgia. Hey, Peter, what do you have for us this week?

DYKSTRA: Well, in an interview with Reuters, a Joe Biden aide used an unfortunate phrase saying that the Biden campaign would take the "middle ground" on climate change. And that infuriated a lot of people who see climate as the number one crisis, and the top issue. They don't see a "middle ground", they can't see how many feet of sea level rise constitutes "middle ground".

CURWOOD: So to what extent did those remarks reflect an interest in natural gas, do you think?

DYKSTRA: Well, there is. It's important to note that the Biden campaign immediately walked those words back. Biden also promised that he would have a major statement and policy on climate change and energy by the end of the month. But there's an advisor to the Biden campaign, a woman named Heather Zichal, who was also an advisor in the Obama White House, who is associated, as a board member and an advisor, to some multimillion-dollar fracking operations.

CURWOOD: But overall, what is his record in terms of the environment, anyway?

CURWOOD: Of course, Joe is from Delaware, right?

DYKSTRA: He's from Delaware and Delaware is the second smallest state. It's also the lowest-lying of the 50 states. And his home turf, which he professes great love for, would have a lot to lose to climate change.

CURWOOD: Hey, what else do you have for us this week, Peter? 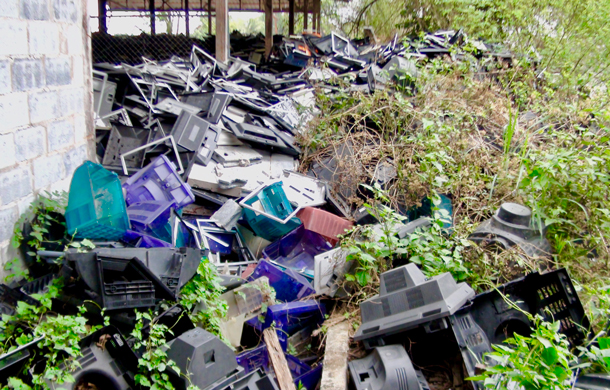 The UN recently decided to add plastic to the Basel Convention, meaning it will be classified as hazardous waste and regulated more strictly when it is moved between nations. (Photo: BaselActionNetwork, Flickr, CC BY-ND 2.0)

DYKSTRA: Well, there was a meeting in Geneva this past week; there was 180 nations that signed onto agreement as part of the UN environment program to limit plastic waste, and classify it as hazardous waste. There's only one major holdout nation, I think you might be able to guess who that is?

DYKSTRA: The United States of America is sitting it out, just like we're sitting out the Paris Climate Accord.

DYKSTRA: It does. And contrast the US's disinterest with this to three particularly progressive nations from Africa that have already banned single-use plastic bags. That would be Kenya, Uganda, and Rwanda.

CURWOOD: Huh. So, Africa is literally ahead of us on this.

CURWOOD: Oh, my. Peter, let's take time to look back in history. What do you have for us today? 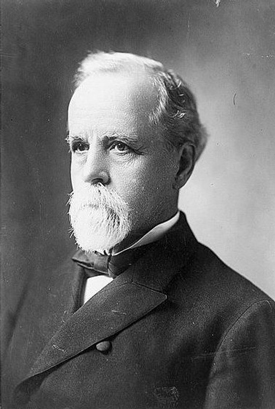 DYKSTRA: We'll go back to the year 1900, in late May, President William McKinley signed the Lacey Act into law. It was a big change in American conservation. One of the grandparents, if you will, of the Endangered Species Act, the Lacey Act prohibited trade in species that were considered to be vulnerable. It was prompted by the flurry of trade and the absolute slaughter of birds with some of the most beautiful plumage in the country. The Lacey Act has evolved and is still in power today. And its associated with the international effort known as CITES, the Convention on International Trade in Endangered Species.

DW.com | “180 Countries — Except US — Agree to Plastic Waste Agreement”

Read more about the Lacey Act of 1900