Protecting the Cook Islands from Overfishing 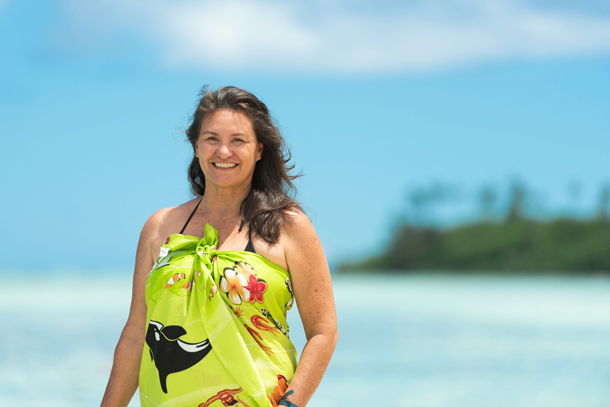 99% of the tiny Cook Islands territory in the South Pacific is ocean, and home to coral reefs and many threatened marine species. Now, thanks to the Marae Moana, or “Sacred Ocean”, Act, the Cook Islands’ entire ocean territory is being managed for sustainability. Marine conservationist and Goldman Environmental Prize recipient Jacqueline Evans helped lead the campaign to protect her small island country’s waters, and joins Host Steve Curwood to talk about how she was able to get local communities on board.

CURWOOD: This year's Goldman Environmental Prize recipient for the Islands and Island Nations region of the world is Jacqueline Evans. She is a marine conservationist from the Cook Islands, a tiny island country in the South Pacific with a total land area of just 93 square miles. The rich and biodiverse ocean territory of the Cook Islands is far larger – 760,000 square miles – and until recently was at risk of overfishing. With a grassroots campaign to boost the “Sacred Ocean”, or Marae Moana Act, Ms. Evans helped create 15 Marine Protected Areas and ensured sustainable management of the entire Cook Islands ocean territory. She joins me now. Welcome to Living on Earth, and congratulations!

EVANS: Thank you very much.

CURWOOD: Please, describe the Cook Islands to someone who's never been there before. 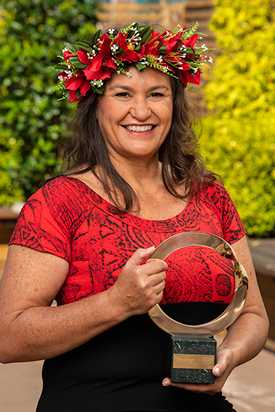 EVANS: Well, it's a large ocean state. So 99% of our national territory is actually ocean. And we have 15 very small tropical islands, surrounded by fringing coral reefs.

CURWOOD: Now, the Cook Islands are known for rich marine biological diversity. Talk to me about the different species that live in the waters around the islands.

EVANS: We have a lot of beautiful species biodiversity there. We have about 62 threatened species, including marine turtles, species of whales, we've got the humpback whale there. And we also have some endangered fish species, the humphead wrasse, which is overfished in some parts of Southeast Asia, and lots of threatened corals.

CURWOOD: Now, how does the Sacred Ocean Act that you worked on to pass, how does this actually protect the marine life there in the Cook Islands?

EVANS: It sets up the marine protected areas around each of the 15 Islands, so they extend 50 nautical miles from the beaches of our islands. And that's where we have no large-scale commercial fishing and no seabed mining activities are allowed there. We don't have seabed mining in the Cook Islands, but we do have minerals which, you know, could potentially be exploited. So these protected areas prevent that from happening. The Marae Moana Act also enables the entire ocean territory to be protected. So any economic activities that happen outside of those 50 nautical mile zones has to be consistent with the primary objective of the Act, which is to protect the biodiversity and heritage values of our marine environment. 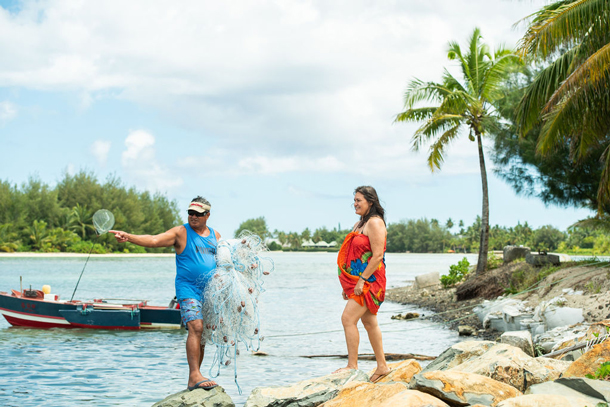 CURWOOD: I understand that conservation has long been ingrained in the native Cook Islanders' Maori culture, it's called ra'ui, I believe? What is that and how is it used today.

EVANS: Yes, ra'ui is a traditional practice where the harvesting of natural resources is banned for certain periods to build up those resources in order to have at a later date. So people are used to that concept of ra'ui, and so they understand the importance of closing off areas and allowing natural resources to multiply. So that concept helped the people to understand what Marae Moana was going to be about and what it's for. 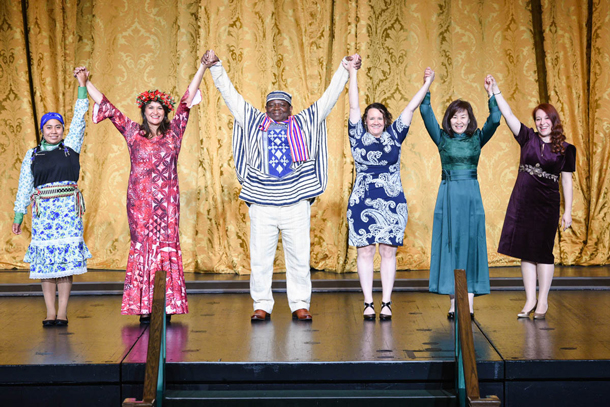 EVANS: It was probably passing that legislation. So I facilitated consultations with communities and stakeholders together — I did the consultation together with other key people in the Cook Islands. That's including the traditional leaders. And one of our champions, who's, his name is Kevin Iro. He's a rugby league celebrity in the Cook Islands, and he championed the idea of ocean conservation. So we traveled together around all of the islands to talk with the communities about this possibility of establishing legislation that would protect our ocean.

CURWOOD: Well, so now you have the Sacred Ocean Act. But how is the Cook Islands’ government going to ensure that it's enforced and that illegal fishing doesn't take place where you've outlawed it?

EVANS: Mmm, so we do have some good surveillance systems in place. And that includes satellite monitoring of vessels; any vessel that's fishing within our large ocean territory, they have to carry transponders, so our Ministry of Marine Resources can see where they're located at any time. And they can tell what activities they're doing, so they know when they're fishing and when they're not fishing. And we also have a patrol vessel, which works together with aerial surveillance. So we have various assistance from various countries, including the US and France, New Zealand and Australia, who helped us with aerial surveillance, and let us know when, you know, there are boats in the water that shouldn't be there. And so our patrol boat goes to investigate those cases. 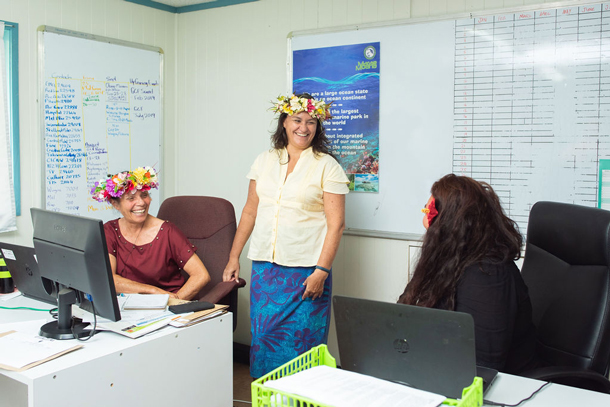 CURWOOD: Before you go, tell me about how you felt the day or the moment that you knew, actually, this was going to work, you were going to win this struggle with the other folks who've been helping you, of course.

CURWOOD: Yeah, in the water, it's a useful attribute to be able to hold one's breath when swimming and everything, but that's a long time you must have been holding your breath.

EVANS: [LAUGHS] Yeah, it was about at least five years — at least over five years of holding my breath. [LAUGHS]

CURWOOD: Well, congratulations! Jacqueline Evans is a marine conservationist and she currently is the Director of the Marae Moana Coordination Office. Thank you so much for taking the time with us today. And again, congratulations for being one of the winners of the 2019 Goldman Environmental Prize.

EVANS: Thank you. Thank you very much.