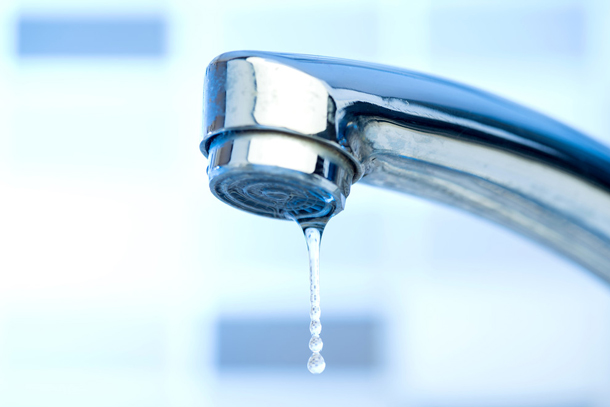 The EPA is considering tripling the allowed amount of perchlorate in drinking water systems throughout the United States. Perchlorate is an endocrine disrupter and a likely carcinogen. (Photo: polaristest, Flickr, CC BY-NC-ND 2.0)

In this week's trip beyond the headlines, Peter Dykstra and Host Bobby Bascomb discuss how the EPA may loosen regulation of perchlorate, an endocrine disrupter and likely carcinogen, in the United States’ water systems. Then, they look at a recent study showing that two-thirds of the world's rivers are awash with antibiotics. Finally, the pair discuss the Salton Sea, an enormous lake that was accidentally created in California in 1905.

BASCOMB: It's time for a trip now beyond the headlines with Peter Dykstra. Peter's an editor with Environmental Health News, that's EHN.org and DailyClimate.org. Hey there, Peter, what do you have for us this week?

DYKSTRA: Oh, hi, Bobby. EPA Administrator Andrew Wheeler recently was asked about climate change. He said climate change is not the most important environmental issue facing the world. He said that threats to the world's water is more important. But here's something that his agency is in the middle of doing that sort of puts a question mark next to that. They are considering tripling the allowable amount of perchlorate in drinking water.

DYKSTRA: It's found in rocket fuel. It's used in a number of other industrial applications. It's considered an endocrine disruptor that can affect the thyroid system in humans, as well as being a likely human carcinogen. That determination is from the EPA, from Mr. Wheeler's agency. Critics say that this is one more gift to industry, to the military, and to municipal drinking water systems, all of whom would have an obligation to clean up perchlorate. Now it makes clean up less of a problem for industry, and possibly more of a risk for anyone who enjoys drinking water.

BASCOMB: That's most people I think! Well, what else do you have for us this week?

DYKSTRA: A report done by scientists at the University of York in the UK. You hear names like the Thames, the Tigris, the beautiful blue Danube, the great rivers of the world. Two-thirds of the world's rivers, according to this report, are awash with antibiotics.

BASCOMB: Oh, man. I mean, I knew that you find a lot of hormones in water from, you know, birth control and things like that. But antibiotics, how's that getting in the water? 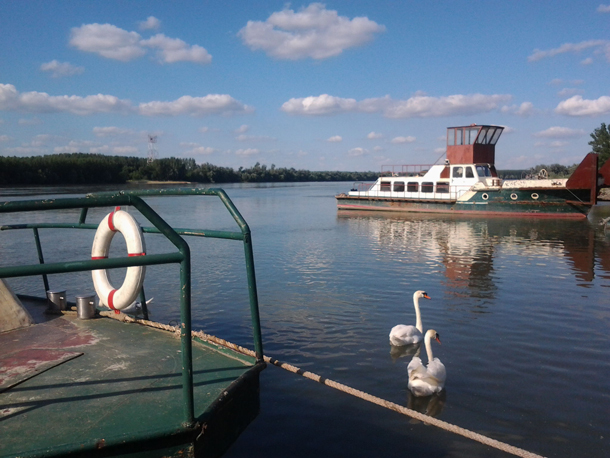 For all the tested rivers in Europe, the Danube was shown to have the highest level of antibiotic contamination. (Photo: Lombady Poplar, Flickr, CC BY-NC 2.0)

DYKSTRA: Well, the beautiful blue Danube is not necessarily blue because of the Viagra in there. But there are also high levels of antibiotics used to treat humans, and used in agriculture as well. Things like Cipro, ciprofloxacin, and these chemicals, these drugs make their way through even the best sewage treatment plants. Because those plants are designed to treat sewage, not chemicals.

BASCOMB: And how might antibiotics in the water affect the fish and wildlife that depend on these systems?

DYKSTRA: The study looked at rivers in both the developed world and the developing world. One case study was in Kenya, where the scientists said that there are rivers in Kenya with such high antibiotic levels, that those rivers can no longer support fish populations.

BASCOMB: Oh, man. Well, is there anything to be done about it?

DYKSTRA: More monitoring for now. More judicious use of antibiotics, already known to be a problem in agriculture in promoting antibiotic resistance. A lot of the drugs we use to fight disease may no longer be effective in future years. Antibiotics are a potential problem worldwide in humans, in agriculture, and not just in rivers.

BASCOMB: Well, what do you have for us this week from the history vaults?

DYKSTRA: We'll go back to May 29, 1905, when a poorly designed irrigation canal in Southern California failed; levee broke, billions of gallons of Colorado River water rushed into a deep depression in the Southern California desert and created California's biggest lake, an accidental lake called the Salton Sea.

The Salton Sea, a lake in California that was created accidentally, is threatened by drought and changes in the diversion of the Colorado River. (Photo: Kevin Dooley, Flickr, CC BY 2.0)

DYKSTRA: And it also became a pretty important spot for tourists getting away from other parts of the desert in Southern California, including LA. Recently, the Salton Sea has been threatened with contamination from not just agricultural chemicals, but also all the alkalinity, all the desert salts. The biggest problem right now is that the Salton Sea is drying up and that a layer of dust around the outside of the drying Salton Sea has created some huge asthma problems in Southern California.

BASCOMB: All right. Well, thanks for bringing us that news. Peter.

DYKSTRA: Oh, I'm always so happy to bring you such depressing news. I'll try and get some good news in next week.

BASCOMB: All right, we'd appreciate that. Peter Dykstra is an editor with Environmental Health News. That's EHN.org and DailyClimate.org. For more on these stories, check out our website LOE.org.

The Guardian | “World’s Rivers ‘Awash With Dangerous Levels of Antibiotics’”

Read a feature from The Verge on the Salton Sea