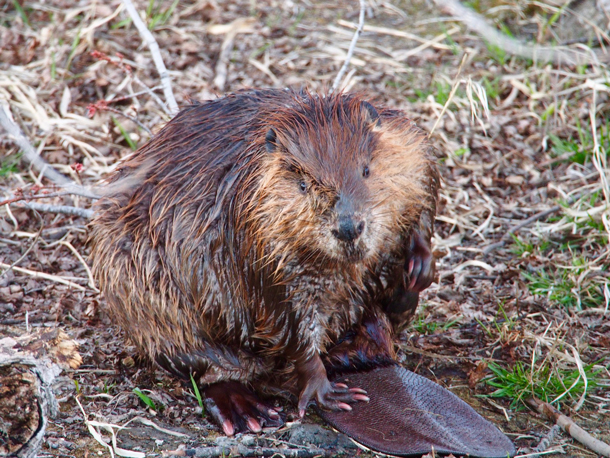 Every year, an arm of the US Department of Agriculture called Wildlife Services kills millions of native species, including gray wolves, coyotes, beavers, prairie dogs, and even red-winged blackbirds. Now the Center for Biological Diversity is bringing an Endangered Species Act lawsuit against Wildlife Services over its shooting and trapping of more than a thousand beavers in California every year. Collette Adkins, a senior attorney with the Center for Biological Diversity, joined Host Steve Curwood to explain why Wildlife Services’ program of beaver-killing is harming endangered salmon and steelhead in California that depend on beaver-created habitats.

Just ahead, along with the human tragedy that is unfolding along the US-Mexico border there is another casualty, truth in the form of open scientific research. But first we turn to Collette Adkins of the Center for Biological Diversity. Ms. Adkins is here to explain why her organization is bringing legal action under the Endangered Species Act against the Wildlife Services division of the US Department of Agriculture, in a bid to halt killing of thousands of beavers in California.

ADKINS: So the first question is, how are we using the Endangered Species Act to protect beaver, which are of course not endangered, although they are facing declines. Well, it's because of this connection between beaver and endangered wildlife. So, if we take salmon as an example, now these are endangered fish that absolutely require beaver habitats to survive. And we're seeing these huge declines of salmon and steelhead almost everywhere that they live. And in places where we don't have beaver, people actually go out and try to recreate these ideal habitats the beavers create for us for free! These ponds and these dams that allow the salmon to live there with cover, and food. So what we hope to accomplish through this lawsuit is this analysis that the Endangered Species Act requires, to look at how killing beaver could harm endangered wildlife, and then to take common sense measures to prevent that harm. So for example, in places that have been designated as critical habitat for endangered wildlife, to bar Wildlife Services from killing beaver in those areas, and instead require the program to use non-lethal methods.

CURWOOD: I understand the Center for Biological Diversity took similar legal steps in Oregon a couple of years ago. What happened as a result of that? 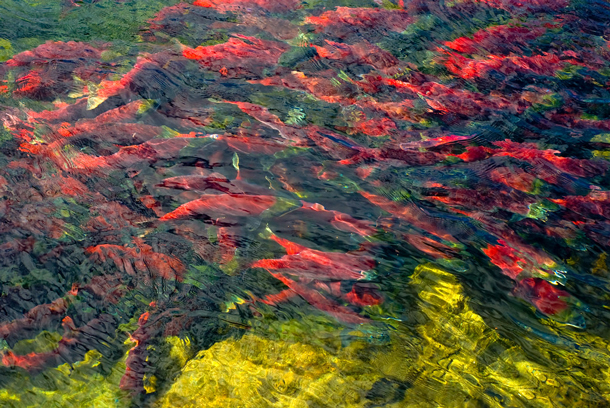 ADKINS: Yes, back in 2017, we filed a Notice of Intent to sue Wildlife Services in Oregon. They ultimately agreed to temporarily shut down their program of killing aquatic mammals, not only beaver, but mink, muskrat, and otter. Because of that lawsuit, we've saved hundreds of these important animals. It's something that I'm really proud of.

CURWOOD: By the way, what are some of the non-lethal methods for reducing conflicts between people and beavers?

ADKINS: So, beaver sometimes take down trees that people don't want to have killed, like in a parkland, for example. Well, those trees can just be wrapped at the base with a barrier. Or if there's an area that you don't want to have flooded by beaver activity, there's these culverts that can be installed in the beaver dam, these flow devices, basically, that allow the beavers to perform their roles in nature without being killed, but still prevent the conflict. And what's nice about those non-lethal methods is that they're long-term. Just killing a beaver because it's causing a conflict is just a band-aid solution; temporary, because soon enough, another beaver will move into that area, and the same problems will be caused again. And then we have this ongoing just cycle of killing and killing, year after year. But if you put in these preventative measures, it's just a one-time fix. And then the beaver can be happy and so can the landowner. 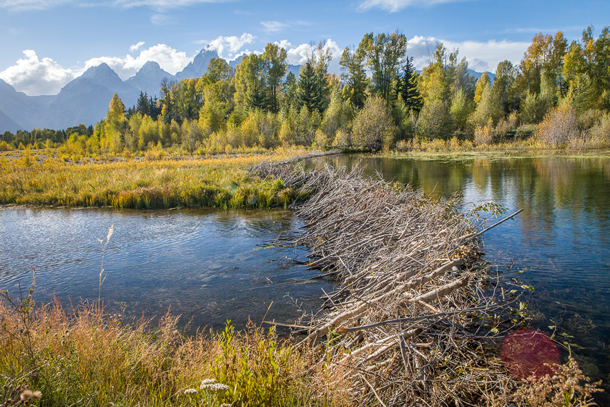 ADKINS: If we just take a look at data from last year, more than 1.5 million native animals, more than 68,000 coyotes, 22,000 beaver, more than half a million red-winged blackbirds, and lots and lots of animals that I just can't even fathom are causing any trouble, like chickadees, robins, owls, even animals like turtles and lizards; there are so many species that are targeted and killed by Wildlife Services, and then so many others that are just caught in the crosshairs. Caught by these indiscriminate traps and snares that maybe Wildlife Services might put down to catch a coyote, but then catch an endangered wolf instead. Or put down a snare to catch, you know, like a muskrat and then catch a beaver instead. These methods are indiscriminate. And really, we just can't be using them anymore.

CURWOOD: How cruel are the methods that Wildlife Services operators use?

ADKINS: When you think about painful leg-hold traps, that are banned as inhumane in numerous countries, and in numerous states here in the US; strangulation snares; poisons. They're extremely cruel. You think about the awfulness that one individual animal might suffer when caught for days in a leg-hold trap. You hear the -- oh, just the horrible stories of an animal chewing on its own limb, with broken teeth and frostbite from being out in the cold. And then multiply that by the millions of animals that are targeted by Wildlife Services. It's absolutely heartbreaking. 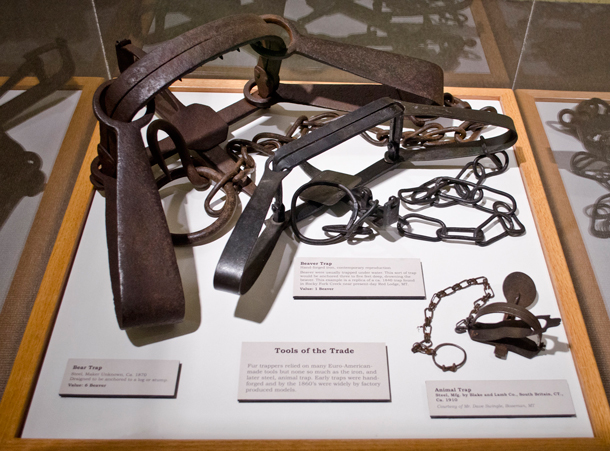 Steel-jaw traps on display in the Museum of the Rockies in Bozeman, Montana. These types of traps, which some consider inhumane because they can inflict pain and serious injury, have been banned in several states and more than a hundred countries. (Photo: Tim Evanson, Flickr CC BY-SA 2.0)

CURWOOD: What's next for the Center for Biological Diversity in this movement? You've, first you targeted Oregon on this question of beavers; now you're targeting California. Where's next?

ADKINS: We're looking across the country to find different places where endangered wildlife rely on habitats created by beaver. We're hoping that because of success in Oregon, and hopefully some success soon in California, we can just get this policy change in place across the country with Wildlife Services. There's other things that we're working on too, to rein in this agency. We're trying to target some of the most indiscriminate and ecologically harmful methods that they use. So for example, M-44 cyanide bombs are these cartridges that are pounded into the ground, baited with this smelly substance that attracts wolves and coyotes. But anything that pulls on the device is shot with this deadly sodium cyanide spray. Just a couple years ago, a teenage boy reached down and touched one on public land behind his house. He was temporarily blinded, his dog died a terrible, inhumane death right in front of his eyes. There's, every year, a handful of instances where beloved family animals are killed by these devices. We're trying to get a federal ban on them. What we want to have done is to make this agency really match the values and the science that we have today. We know that there are more effective ways to deal with conflicts with wildlife than simply killing them. And this agency could do a lot of good by helping ranchers, for example, deal with coyotes that might target their livestock, helping them put in guard dogs or fencing, or motion sensing lights that would scare away these canids. But instead they just keep turning back to these decades-old methods that are expensive, indiscriminate and cruel. And we hope that through our campaign over time, and we know it will be a long battle, we'll be able to get this change in the agency. 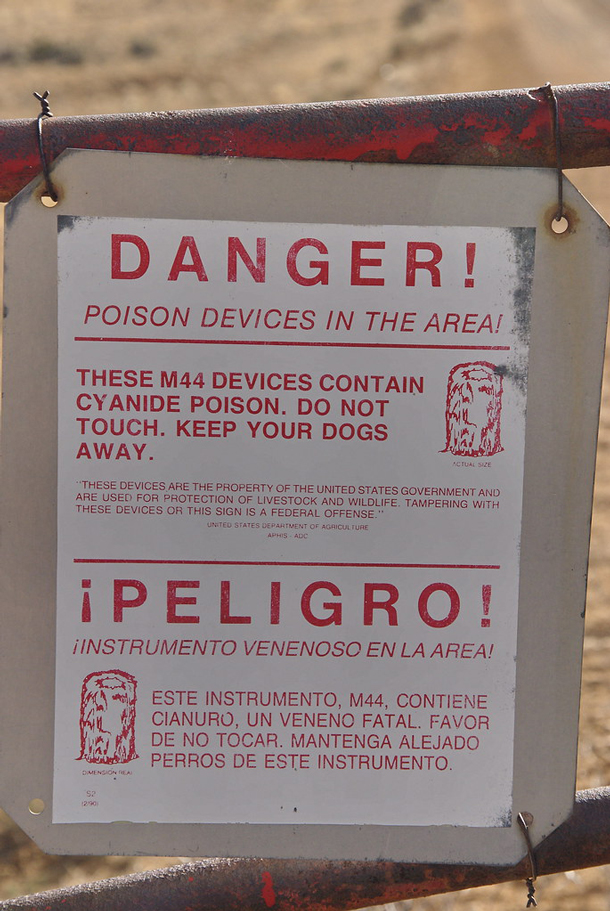 CURWOOD: Collette Adkins is a senior attorney with the Center for Biological Diversity. Thanks so much for taking the time with us today.

ADKINS: Oh, thanks so much for having me.

CURWOOD: The USDA declined to comment on ongoing litigation, but said “Staff give preference to nonlethal methods when practical and effective.” We’ll post the full statement on our website at LOE.org.

"USDA, Animal and Plant Health Inspection Services, Wildlife Services does not conduct animal or pest control. Rather, upon request, it provides assistance with conflicts between humans and wildlife. Such assistance can include managing conflicts with beavers. Pursuant to Wildlife Services Directive 2.101, staff give preference to nonlethal methods when practical and effective. Nonlethal options for beaver damage management are described in the linked factsheet Beaver Damage Management factsheet. Additional information is available in the linked publication: Beaver, Wildlife Damage Management Technical Series. Wildlife Services’ beaver damage management activities include requests for assistance to benefit and protect native threatened and endangered species.

"For funding questions, please refer to Wildlife Services’ Program Data Reports. PDR A details the types of resources protected (agriculture, property, natural resources, and human health/safety) and the source of funding nationally and by state.


Center for Biological Diversity press release about the lawsuit in California

Wildlife Services agreed to stop killing beavers in Oregon in 2018