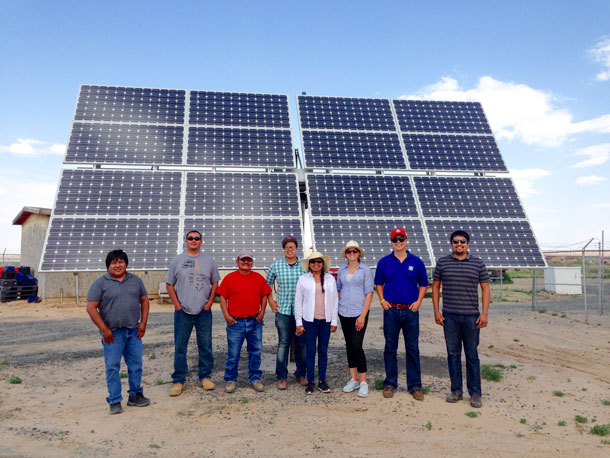 In this week’s trip Beyond the Headlines, Peter Dykstra and Bobby Bascomb look at the Navajo and other Native American tribes’ shift from fossil fuels to solar energy. Then, they talk about Germany’s plans to reduce dependence on coal mining without sending miners to the unemployment lines. Finally, the pair look back on a couple of post-apocalyptic movies that incorporated environmental themes.

BASCOMB: It's time for a trip now beyond the headlines with Peter Dykstra. Peter is an editor with Environmental Health News. That's ehn.org and daily climate.org. Hey there, Peter, what do you have for us this week?

DYKSTRA: Hi, Bobby. You know, for years, Native American reservations in many cases have boosted their economies, even become prosperous through a couple of odd forms of reparations: gambling casinos, and the sale of untaxed cigarettes. And there's something that's beginning to pop up in a lot of reservations out West, that's maybe a more benign and traditionally comfortable form of revenue generation. And that's solar energy on Native American reservations.

BASCOMB: Great, and how widespread is this idea of selling solar instead of cigarettes?

DYKSTRA: Oh, there’s a foundation that's been set up by making small grants for small scale projects. There are also big projects, the most noteworthy of which is probably the Navajo Nation in Arizona; the Navajo Coal Generating Station was a major source of pollution and CO2 in the American Southwest. The Navajo station is closing down. It's no longer cost-competitive, in addition to its pollution and climate problems, and the Navajo government is looking more and more to solar to begin to fill the gap that's going to be caused when Navajo coal is no longer producing power.

BASCOMB: Well, that's very forward thinking. What else do you have for us this week? 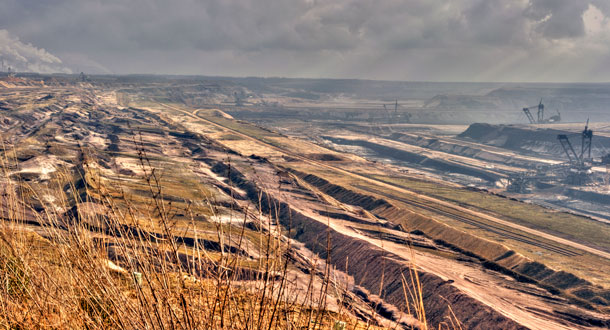 Gerweiler is an open coal mine West of Germany. (Photo: Bert Kaufmann, Flickr, CC BY 2.0)

DYKSTRA: We're going to stick with coal for a minute and go to Germany. Over several decades, Germany's actually planned for the demise of its coal industry. We know that coal -- for climate reasons, for competitive reasons -- is on the decline throughout the world, particularly in the United States. Germany has known for long time, long before concern about climate change, that its involvement in the coal business was coming to an end, because they're running out of domestic coal to mine. There have been plans to convert miners and mining communities to not only cleaning up the old coal facilities, but finding new businesses, founding new universities in coal towns to help them make that switch.

BASCOMB: Wow. So are there some lessons to be learned here for American mining operations?

DYKSTRA: A not-so-good lesson because that same kind of preparation for conversion has never happened in the United States.

DYKSTRA: Let's do a little Living on Earth goes to the movies. There been some real stinkers of movies done about the environment over the years. I'm thinking specifically about one that was released on July 24, 1971. It involved legendary movie bad guy, Godzilla, who turned into a good guy and an environmentalist in one of the long series of Godzilla movies. This one was called “Godzilla Vs. The Smog Monster”.

BASCOMB: And what was a smog monster, and how was Godzilla supposed to help?

DYKSTRA: Well, instead of stomping Tokyo, which was Godzilla's reputation to date, Godzilla actually saved Tokyo from Hedorah, the smog monster who spit out sludge and spewed smoke all over Tokyo in a way that encouraged moviegoers to think that Tokyo's very real pollution problems were caused by prehistoric monsters and solved by prehistoric monsters, rather than being maybe a little bit more man-made. 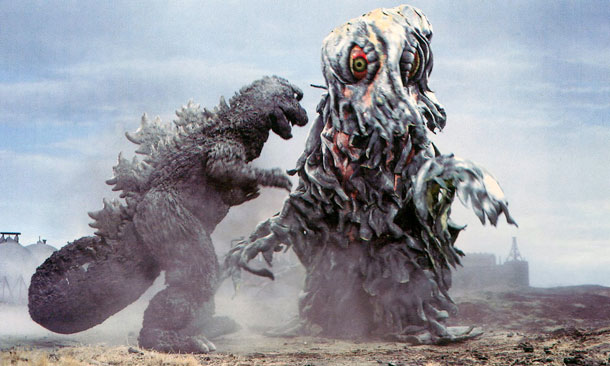 Godzilla vs. Hedorah, also known as Godzilla vs. the Smog Monster, is an apocalyptic movie featuring Godzilla saving the earth from a monster created by pollution. (Photo: Tom Simpsom, Flickr, CC BY-NC 2.0)

BASCOMB: Sounds like maybe a little bit of propaganda then.

DYKSTRA: A little bit of propaganda, but we don't want to let Hollywood off the hook for bad environmental movies.

BASCOMB: Oh, no, indeed. I think one of the worst movies of any kind I’ve ever seen was “Waterworld”. I saw it back in the day and I thought Geez, there's two hours of my life I'm never going to get back.

DYKSTRA: And those two hours were in July of 1995 when “Waterworld” was released, or foisted on an unsuspected public. It was a stinker of a movie. It depicted a dystopic future world where everyone lived at sea because of sea level rise. People lived and died without ever seeing dry land. And they were also plagued by seagoing pirates called smokers who were led by Dennis Hopper, who ran a very, very ancient rusty Exxon Valdez and terrorized the good guys on the open seas.

BASCOMB: All right, Peter. Well, thanks for that news. We'll talk to you again next week.

DYKSTRA: Thanks, Bobby, talk to you soon.

BASCOMB: Peter Dykstra is an editor with Environmental Health News, that's ehn.org and dailyclimate.org. And there's more on these stories on our website, loe.org.

[Godzilla Vs. The Smog Monster – Trailer]

MAN: Can Godzilla save the earth from this mastodon of destruction?

Read more about Godzilla vs. Hedorah