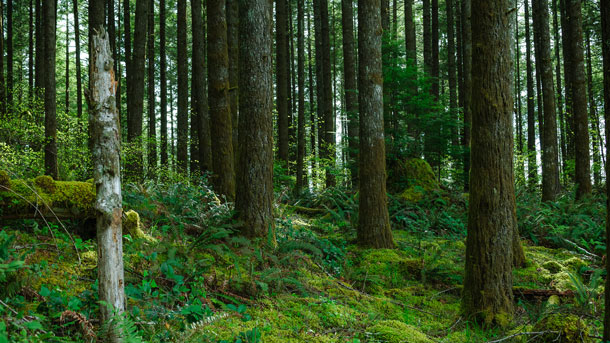 Many carbon offset projects seek to preserve carbon through the protection of forests. (Photo: Loren Kerns, Flickr, CC by 2.0)

Carbon-intensive activities including global air travel have been growing for decades. For individuals and companies interested in reducing their carbon footprints, carbon offsets promise to mitigate the damage caused by flying and other emissions sources through the investment in projects that either sequester carbon, like reforestation or forest conservation, or develop alternative energy infrastructure that reduce future emissions. Cool Effect CEO Marisa de Belloy discusses her non-profit crowdfunding platform that sells these offsets with Host Bobby Bascomb.

BASCOMB: Well if you are planning to visit some of our national parks this summer you might also be thinking about the carbon you’ll emit to get there. Carbon offsets are one way to reduce or eliminate our carbon footprint, and dozens of businesses offer ways to do it. For more on how carbon offsets actually work, we turn now to Marisa De Belloy, CEO of Cool Effect, a non-profit crowdfunding platform that sells carbon offsets. Marisa, welcome to Living on Earth.

DE BELLOY: Thanks, great to be here.

BASCOMB: So what do people choose to offset with your carbon emissions offset program?

DE BELLOY: So people come to Cool Effect to offset a whole bunch of different things. So, they'll offset a flight, they'll offset their trips to work; some will offset their entire year. The average American emits about 17 tons of carbon pollution every year. And so some people like to wipe that clean by offsetting that at Cool Effect. These are people who are committed environmentalists who are already doing what they can do in their daily lives, to reduce their impact. And that might be eating less meat, it might be traveling less often, it might be having an electric car or solar panels. And they're looking to either, you know, erase their impact entirely and go neutral, or to really just do more to fight climate change.

BASCOMB: So give me some examples of projects that participate.

DE BELLOY: We have a wide variety of projects. We have a team of scientists who go out and figure out, you know, which projects are really doing what they say they’re doing. We do what we call “triple-verifying” their projects. So each of these projects will have met the requirements of an independent standard, they'll have been verified independently of us, and then we do our own very deep due diligence that lasts a couple of months on each project, to make sure that they're doing exactly what they say they're doing. And that leads us to projects all over the world. So we have a project, for example, in Vietnam that installs biogas digesters, which is a very simple technology that takes animal waste, and turns it into clean cooking fuel for homes. We have a project in the United States that's protecting the forest, or another one protecting grasslands; a project in Honduras that is providing clean cookstoves for families down there who were basically dying from air pollution from cooking over open fires, who now have a clean source of cooking that's also obviously good for the planet. But it's also about, you know, families and health. And each one of these projects, and they're really, we have a range all over the globe and at different price points. But they all are truly additional, meaning they're truly having an impact on the planet. And then they also all have their own set of co-benefits. So you know, for the cookstove project, it's the health of the families. In some cases, it's local jobs. In some cases, it's protecting wildlife or a whole forest ecosystem and the people who live there. So we try to have a real range. But the key thing that underlies all the projects is that we have made sure that they're actually doing the work of verifiably reducing carbon emissions.

BASCOMB: And how do you actually verify that? I mean, how do you know that this project wouldn't have been done anyway without this money? 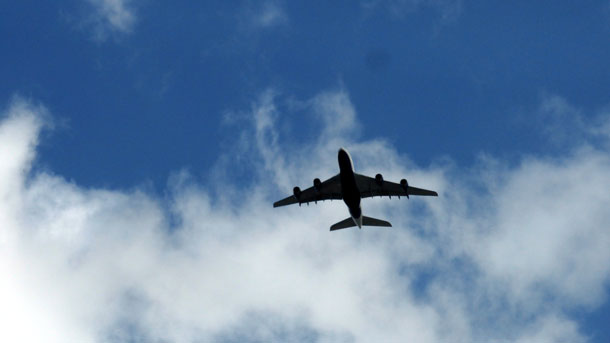 DE BELLOY: Well, I mean, there's a couple of different ways, but one is you have to understand what their financial model is, both when they started the business and currently. Is there a profitable way to do what they're doing without the revenue from carbon offsets? And if the answer is yes, then the project is likely not additional. Another way to look for additionality is regulatory additionality. So, is there a law in place that's requiring this business or this nonprofit to do what it's doing? And you know, that might seem obvious, but in many cases, it's actually not that obvious. Because if there's a law in place, then people are going to do it anyway. There's another one in the developing world: is this standard practice? So for example, there are some areas in the developing world where more efficient cookstoves are standard practice. And you know, and that's a great thing. But you wouldn't go and start a cookstove project there and call it additional, because it's something that people generally speaking already have access to.

BASCOMB: And then once you've identified a good project to work with, how do you guarantee the longevity of that? I mean, I saw that you have one in Brazil, protecting the Amazon, and Brazil is a famously lawless area, especially with the new president that really doesn't encourage conservation. How can you be sure that those trees will still be standing 10 years from now, or that the landowner won't take that money and then clear cut in a different area?

DE BELLOY: So on the trees still standing portion, that's built into the methodology, so they will no longer be able to offer credits if those trees start disappearing. And each of the methodologies includes a certain buffer amount of trees, you know, because trees do die, and you can have natural fires and that sort of thing. And we take a particularly conservative approach to these projects, if there's any doubt that, you know, the cook stove was in use, or the tree was still standing, or, you know, the animals were still having access to these grasslands, then a credit is not issued for that amount. So wherever there's doubt, the credit is not issued. The only credits that are issued are for places where you're absolutely certain that carbon has been sequestered or removed. Now on the point about, in forestry, it's called leakage. And that's the idea that you do save a piece of forest in one area. And another piece, you know, somebody just shifts and cuts down a different forest. That's a really tricky issue. And again, it requires a lot of monitoring. We do a lot of work to ensure that's not the case. It's very, very hard to say, 100%, for sure that, you know, that it hasn't happened, and particularly when you go beyond national borders. So it's one thing to look in Brazil, and there's actually some great drone technology now to map out forestry all across the region. And so you can see, you know, very easily and quickly what's been cut down and what hasn't. But, you know, I'm the first to admit that there's no way to really do it 100%, for sure and particularly when you go across national borders. So did that Brazilian entrepreneur who wanted to cut down the forest, switch over to the Ecuadorian side? It's very hard to know. We're out there trying, but it's hard to guarantee for certain.

BASCOMB: And do you send people to actually audit these projects and hold them accountable?

DE BELLOY: Yes, yeah, we do. So as part of their credit issuance process, which again, goes through one of the major international standards, like The Gold Standard, or the Climate Action Reserve here in California, they will already have an independent verification and have to meet a certain set of standards and provide a whole bunch of information. But then we on top of that also will verify the projects.

BASCOMB: And how much does this cost for consumers? How much is a ton of carbon dioxide? I understand there's different prices based on which project you're supporting. But how do you come up with those costs, and what are they to begin with? 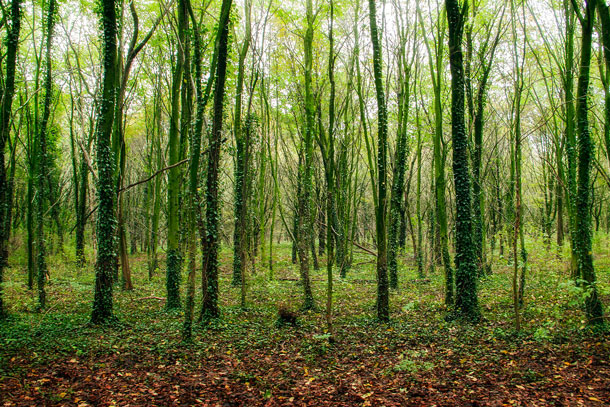 Many of the carbon offsets offered by Cool Effect are less than $10 for a metric ton. (Photo: Frank Douwes, Flickr, CC by 2.0)

DE BELLOY: Well, the costs are actually very reasonable. So it goes from about $5 to about $13 a ton. So if you think about the average American having 17 tons of carbon pollution every year, it's a really reasonable amount of money to spend to wipe away that impact that we're all having. And the way Cool Effect does it in terms of pricing is we try to, you know, unlike other providers, we work directly with the project to understand what their financial model is; to understand, actually the inner workings of the project, and to really come up with what is a reasonable price, both for the project and for the customer.

BASCOMB: The problem of climate change can seem so overwhelming and so daunting. How big of an impact do you think this approach can have to really addressing it?

DE BELLOY: I mean look, we all need to do everything we can in every possible way to fight climate change, because this is such a big problem. So if you look at carbon credits, outside of the mandatory schemes, and there are, as you know, in California, there's a cap and trade system, which involves carbon credits, and there's one in Ontario, and there's a few others that are coming into place. But just on the voluntary, so people like you and me who are buying carbon credits. Already about 400 million tons of carbon pollution has been removed, just in that way. So I mean, that gets to a fair number, and the market is actually growing. More and more businesses are thinking about doing this, the airlines have gotten together and are thinking about implementing a big carbon offset scheme. So you can actually have a pretty decent impact. And I'd say that for individuals, what's really important is to do the next thing that you can, to start having some impact. Because if we're all doing something, that adds up to a very large impact, and that's why we named our platform Cool Effect. The Cool Effect is like the butterfly effect. It's the idea that if enough people do take small actions, then we can have a big impact together.

BASCOMB: Marisa de Belloy is CEO of Cool Effect. Thank you so much for taking this time with me today.

DE BELLOY: Thank you. It was a lot of fun.

NYTimes | "If Seeing the World Helps Ruin It, Should We Stay Home?"