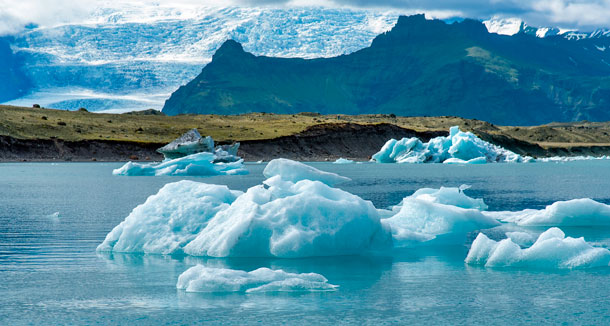 Okjokull Glacier in Iceland is suspected to be the first of many glaciers to disappear. (Photo: Al Case, Flickr, CC BY-SA 2.0)

In this week’s trip beyond the headlines, Peter Dykstra joins Host Bobby Bascomb to discuss a eulogy for a glacier in Iceland that was lost due to climate change. Next, they turn to the future, or lack thereof, of plastics recycling in the United States. Finally, with a look into the history vaults, the two examine the history of Japan’s controversial whaling for “scientific research”.

BASCOMB: It's time for a trip now beyond the headlines with Peter Dykstra. Peter's an editor with Environmental Health News, that's ehn.org, and daily climate.org. Hey there, Peter, what do you have for us this week?

DYKSTRA: Hi, Bobby. We're going to start with a requiem for a glacier.

DYKSTRA: In Iceland, there's a glacier called Okjokull, better known as OK, that is the first at least in Iceland, maybe the first anywhere, to completely vanish due to climate change. Scientists that have studied the demise of the glacier are going to lay a plaque with a eulogy. It will be unveiled next month as we go toward the highest melting period in places like Iceland and the High Arctic, and the plaque is kind of touching.

BASCOMB: And, what does the plaque say?

DYKSTRA: Here's the word for word. “OK is the first Icelandic glacier to lose its status as a glacier. In the next 200 years, all of our glaciers are expected to follow the same path. This monument is to acknowledge that we know what is happening and what needs to be done. Only you know if we did it.” The “you” being the people of the future.

BASCOMB: Wow. So, it's really placing the responsibility squarely on our own shoulders today.

DYKSTRA: It is, maybe more than we're taking it on ourselves. But we'll see.

BASCOMB: And, what else do you have for us this week, Peter?

DYKSTRA: Well there was an item that was reported on by one of our favorite investigators, Sharon Lerner, who writes for the Intercept website. She did a piece on the plastics industry going whole hog into the greenwashing phenomenon. And, recently as plastics have come under fire, the plastics industry has freaked out a little bit. 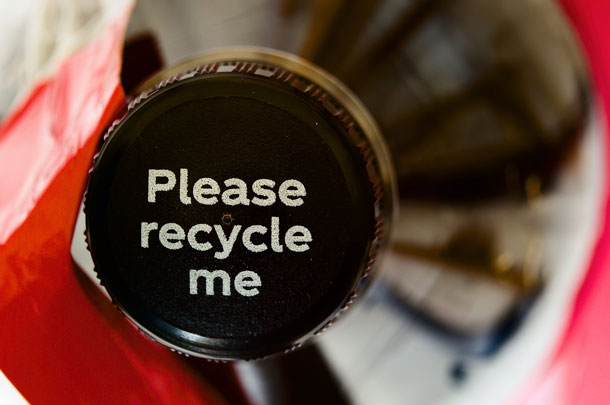 Although the system of plastic recycling in the United States is failing, many cities and states continue to collect recycling to maintain the habit of recycling with their citizens. (Photo: Filip Patock, Flickr, CC BY-SA 2.0)

BASCOMB: Yeah, I mean, cities across the country are looking into banning plastic bags and straws and single use plastics. How is the plastic industry responding?

DYKSTRA: One of the things that they're doing is a school education campaign about the wonders of plastics recycling. Despite what they're telling the school kids, recycling is turning out to be a very, very disappointing solution.

BASCOMB: Mhm. Yeah, that's for sure. I mean, the US, I think, at best used to recycle about 9% of its plastic and since China's stopped taking our recycling, that number has gone down to practically zero, I think. So, it's a really a huge problem.

DYKSTRA: And, now in the US, instead of shipping it overseas, we're now landfilling plastic instead of recycling it. And we now burn six times the amount of plastic that we actually recycle in this country. And the Trump Administration has taken notice, but not in the way we might think. There's a new sales item for the Trump 2020 campaign. They're selling packs of plastic straws that perform better than those, quote, "liberal paper straws." 10 straws for 15 bucks in kind of a cynical response to the actions against plastics.

BASCOMB: Oh, man. Do you think that President Trump just had enough with the paper straws himself? Or is this really just a thumb in the eye to environmentalists who care about plastic straws in the environment?

DYKSTRA: We can't say this weighty policy issue made its way all the way up to Trump, but it certainly was an opportunity for somebody in the Trump regime to take a poke at an environmental initiative. 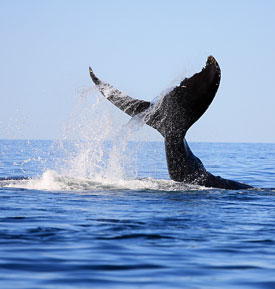 DYKSTRA: Going back to a year after the end of World War II, General Douglas MacArthur, widely hailed as the victor of the Pacific War, is now the military governor of Japan. And, in one of the measures he takes to try and jumpstart the Japanese economy ruined by the war is that he takes two Japanese tanker ships and orders them converted into whaling factory ships, thereby restarting a dead industry in Japan, the whaling industry. Over the next two decades, it grows and prospers to the point where by the 1960s, there's huge controversy over the fact that Japan's whaling industry is leading the planet's largest animals into extinction.

BASCOMB: But don't they claim that the whaling industry there is really about doing scientific research?

BASCOMB: Peter Dykstra is an editor with Environmental Health News, that's ehn.org, and dailyclimate.org. Thanks, Peter. We'll talk to you again real soon.

BASCOMB: And there's more on these stories on our website, LOE.org.

Wired | “The Japanese barely eat whale meat so why do they keep whaling?”