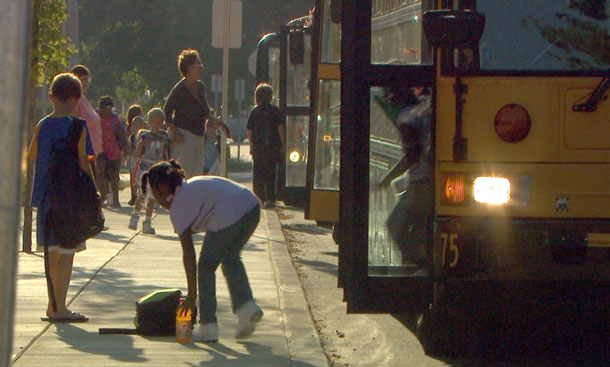 A deadly form of air pollution known as "small particulate matter" is linked to as many as 20,000 excess deaths in the United States, mostly in the form of cardiovascular events such as strokes or heart attacks. Now, there is mounting evidence that these small, PM 2.5 particulates may also be harming the mental health of children and teens by worsening depression, anxiety, suicidality and more. Brian Bienkowski, the editor of Environmental Health News joins Host Steve Curwood to talk about the correlation.

A deadly form of air pollution called small particulates is linked to as many as 20,000 excess deaths in the US every year, mostly in the form of cardiovascular events such as strokes and heart attacks. Now there is evidence published in Environmental Health Perspectives that suggests small particulates known as PM 2.5 may also be harming the mental health of children by worsening depression, anxiety and other troubles such as bipolar disorder and suicidality. Researchers at the University of Cincinnati and Cincinnati Children’s Hospital examined over 13,000 emergency room visits, and looked back at recent exposures to small particulates which mostly come from fires and the burning of fossil fuels like coal and gasoline. Brian Bienkowski is the editor of Environmental Health News, and he joins us now with more on the story. Welcome back to Living on Earth Brian!

CURWOOD: Statistics show that around one in seven kids in the US have a mental health condition. How many kids were looked at in this study?

BIENKOWSKI: Right. So, we're talking about anxiety, depression, bipolar disorder, schizophrenia, kids who are experiencing thoughts of suicide. And these are usually cases that are pretty serious if you're ending up in the ER.

CURWOOD: And how bad was the air pollution that these children experienced?

BIENKOWSKI: So it varied. What the researchers did was look at an air pollution type called PM 2.5, which is very small, tiny particular matter. And for every 10 microgram per cubic meter of increase in this air pollution, they saw a large jump in emergency room visits for the kids. And this kind of pollution comes from you know, everything from traffic, to industry, to dust from wildfires.

CURWOOD: How did these levels compared to the federal guidelines?

BIENKOWSKI: All of the air pollution that they looked at, the kids were experiencing air that would not be regulated under the federal guidelines for PM 2.5.

CURWOOD: So, in other words, the air was considered safe.

CURWOOD: There was some correlation between children's mental health and their exposure to air pollution. What other factors might have been examined during this study, say socioeconomic status or race?

BIENKOWSKI: So, kids that come from high poverty neighborhoods were more susceptible to the air pollution being correlated with more ER visits. The hypothesis is that poverty causes high stress, inflammation that can harm children's brains, all these things can exacerbate mental health disorders. And so, when you add in the air pollution, the idea is you get this double whammy approach. 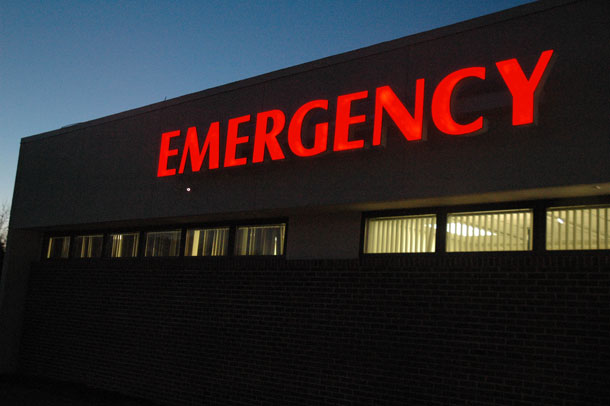 Over 13,000 psychiatric emergency room visits, made by about 6,000 children, were analyzed for this study. (Photo: Eric Staszczak, KOMU, Flickr, CC BY 2.0)

CURWOOD: So, if we have one in seven children in the United States with mental health issues, and in many places, even federally-okay ambient air sending kids to the emergency room, how big a deal is this?

BIENKOWSKI: Well, it's hard to say, Steve. What we don't know is how or why the air pollution is causing these problems in children if in fact, it is. Some studies suggest, in laboratory animals, that air pollution can spur inflammation, oxidative stress, perhaps even impact our brain chemistry, our DNA. All of these would in fact, spur or exacerbate mental health problems in children. But we don't know that for certain right now, all we're seeing is these high correlations between children that do experience high exposures to air pollution, and going into the ER or reporting symptoms of mental health disorders.

BIENKOWSKI: So, the simple answer is when there's pollution try to get away from it. And that's just not for mental health disorders. We already know that air pollution is triggering asthma and lung problems and also heart conditions in people. So less pollution is better, even if this link is not yet fully proven. But this can mean keeping your children away from high traffic areas. If a nearby industry is going to have some kind of large emission event, to make sure that the children are indoors or not around that. If there's a wildfire or other sources of particulate matter, just try to make sure that the children are indoors and not outside breathing that air in.

CURWOOD: So, as I understand it, this study looked at five or so years of data from Cincinnati, Ohio. But there's been other research that suggests the link between worsening mental health and air pollution. Share some of that with us, if you could, please.

BIENKOWSKI: Sure. In fact, these same researchers right there in Cincinnati, just back in May, they looked at traffic related air pollution. And they linked it to the same cohort: children having higher anxiety. So, similar data, but looking specifically at traffic pollution. And then in the companion study, they found that traffic pollution was associated with more self-reported depression and anxiety in the children. So again, these are all correlation studies, but all kind of have that same finding. And then just in August, I wrote about a large study of Danish and U.S. folks, and these were not children, but these were adults. And those who were exposed to high levels of air pollution had greater odds of suffering from all kinds of illnesses like depression, schizophrenia, and bipolar disorder. And some of these links were off the charts. 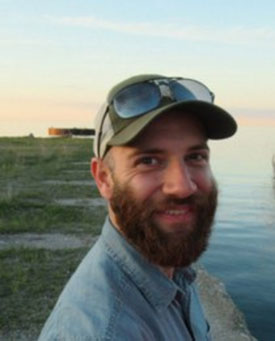 CURWOOD: So, the sources of particulate matter, 2.5 microns, scientists call it PM 2.5, are largely associated, I guess, with fossil fuels, and in particular, heavier fossil fuels like diesel and coal tend to have even more of this stuff.

CURWOOD: And there's been some controversy. In fact, I think, even some concern in some communities about school buses that burn diesel, they idle. And there's a big crowd of particulates around kids that might be waiting to get on or those who sit in the back of the bus.

CURWOOD: To what extent do you think this research adds to those concerns that people have about those exposures?

BIENKOWSKI: Well, I think it certainly adds to them. And if you think about what we already know about air pollution, again, you're talking about developing lungs in these young children. You're talking about links to heart problems with this particulate matter. We already have enough evidence to know that this is bad, that this is harming health. So, when you add on this layer of mental health research, it's just another strike against using these kind of fuels that we know are harming our health and the futures of our children.

CURWOOD: So, maybe if there's a bright side to this as we move to electricity for transportation and get away from burning fuel, maybe we'll be happier, huh?

BIENKOWSKI: Well, that certainly could be true. Save on healthcare costs, happier children.

CURWOOD: Brian Bienkowski is the editor of Environmental Health News. Thanks so much for taking the time with us today, Brian.

Click here to read the study in Environmental Health Perspectives