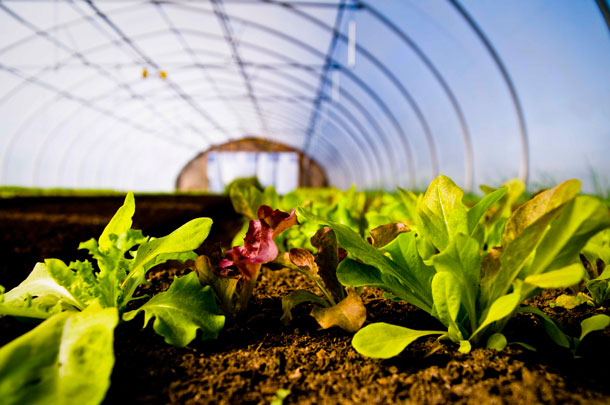 A bipartisan coalition of over 10,000 farmers and ranchers from across the United States has signed on to a letter that urges Congress to support a Green New Deal. They’re asking for a massive overhaul of food and farming policy in order to address the climate crisis while providing economic security for independent family farms. Ronnie Cummins is a co-founder of Regeneration International, and an organizer of U.S. Farmers & Ranchers For a Green New Deal, and joins Host Jenni Doering to discuss.

A coalition representing over 10,000 farmers and ranchers from across the United States has signed onto a letter that urges Congress to support a Green New Deal. They’re asking for a massive overhaul of food and farming policy in order to address the climate crisis while providing economic security for independent family farms. Ronnie Cummins is a co-founder of Regeneration International, and an organizer of U.S. Farmers & Ranchers For a Green New Deal. Ronnie, welcome back to Living on Earth!

CUMMINS: Good to be with you.

CUMMINS: Regenerative agriculture is sort of the next stage of sustainable agriculture. It is a major trend in food and farming because of the climate crisis. Because regenerative agriculture not only avoids the toxic chemicals and the excessive fossil fuel use of industrial agriculture, but it also aims to sequester as much carbon as possible. And so the idea is that if you can reduce in the United States, for example, our fossil fuel burning by, say 50% by 2030, you could literally suck down the remaining 50% equivalent of emissions. And that way you could reach net zero emissions by 2030. That's what the Green New Deal calls for.

DOERING: Wow, I mean, it's an ambitious goal, that's for sure.

CUMMINS: Yes, but we're already, right now in the United States, our forests and our wetlands and our soils, even in their currently degraded state, are sucking down 11% of all the emissions that we send up to the atmosphere. So basically, we're talking about scaling up that sequestration that already exists naturally while we go to renewable energy. 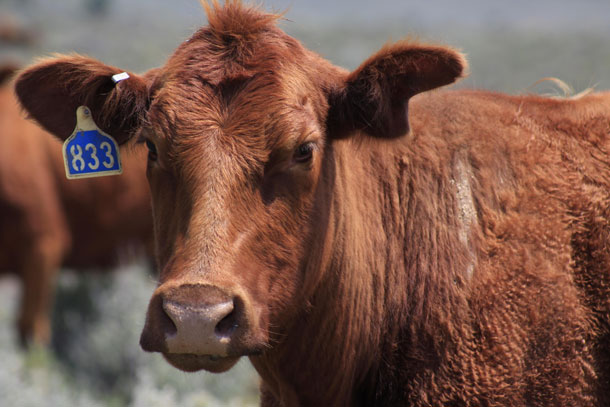 DOERING: You know, some people point to deforestation to make room for crops, or the methane releases from the cattle industry. And they say, well, look, farming is one of the biggest problems contributing to climate change. So how could a shift in the way we farm be a part of the solution to the climate crisis?

CUMMINS: Well, before we plowed up the Great Plains and whacked down so many trees, we did have a balance of carbon in the atmosphere and in the soils and the living plants and trees. What happened though, is modern industrial agriculture went too far. And so instead of the Great Plains with deep rooted prairie grasses, what we have now are monocrop corn and soybeans and wheat, and the carbon that used to be in the ground is now in the atmosphere and the ocean. So, it's simply, how do we get it back where it was, you know, 150 years ago. And it's not rocket science. Simply, we have to change the way we manage our farmland and pasture land. We need to have public policy and public awareness and financial investments that will scale up this farmer and rancher innovation that's already out there.

DOERING: You know, I think a lot of us realize that we're consuming in a way, especially when it comes to food, that's just not sustainable. So, what would this actually look like if we had a sustainable animal agriculture system?

CUMMINS: Well, what we say is, right now in the United States, 90 to 95% of all the meat out there, sold retail or served up in restaurants, is coming from factory farms. Intensive confinement operations where -- you know, cows are herbivores, sheep are herbivores. Goats are herbivores, buffalo are herbivores. These animals should not be eating grain. You know, it fattens them up, yes, but it lowers their nutritional profile and it destroys the environment. So, if you look at the land in the United States, about three quarters of all the farmland in the United States is used to graze animals before they go into a factory farm, or to grow the animal feed that they eat in a confined factory farm. This is 10 times as much land as we're using to grow, you know, fruits and vegetables and herbs for our consumption. So, we literally have to change this situation. Stop feeding herbivores grain, get them back out grazing on pasture, which is what they used to all do, and graze them in a way... If you want to sequester carbon, you don't overgraze, but you also don't undergraze, and you're trying to mimic the way animals behaved before we confined them. Typically, under natural conditions, they just eat the top third of the plant, and then they move on. They don't eat the grass all the way to the ground. When the top third of it gets eaten, plants concentrate all their energy rebuilding their flowers and their seeds. This is a survival thing. Well, this is what puts carbon down into the soil. You're not really putting any carbon in the soil if you're growing row crops, corn and soybeans, like most of our prairie that we've plowed up has. So by grazing animals in a way that mimics their natural behavior, you're putting carbon back in the soil. I mean, right now, we're subsidizing factory farms and industrial agriculture. We got to stop paying farmers to do things the wrong way, and start giving them incentives to do things the right way.

DOERING: So, what could Green New Deal legislation do for smaller, independent farms?

CUMMINS: Well, it could make it possible for all the people who would like to get into farming to do so. There's a strong movement in the United States and worldwide of young people who want to get back to the land. You know, the problem, though, it's very difficult to do this if you don't have money. And so we're going to need to incentivize the possibility of young people farming. And you know, minority communities like African Americans, who once were predominantly farmers, Native Americans who were, you know, farmers and herdspeople, they need some subsidies to make up for all the damage that's been done over these years. Latinos are the people who do grow our food and pick our food for the most part, but they certainly don't have enough money to start being farmers. So people are talking not just about the technical changes we need, but about the justice aspects of what we need. There's a lot more people who'd love to farm and they will farm as soon as they're given the opportunity to do so. 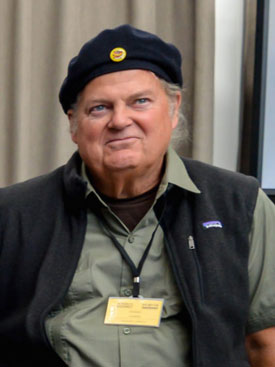 Ronnie Cummins is one of the organizers of U.S. Farmers and Ranchers for a Green New Deal. (Photo: Courtesy of Regeneration International)

DOERING: It's interesting that there's all these farmers that have signed on to this letter urging Congress to do some kind of Green New Deal that involves farming because predominantly, the rural communities are more conservative. And, I don't think the Green New Deal can be seen in any stretch of the imagination as a conservative idea at this point. So, what's the political struggle that you have dealt with as you put this coalition together?

CUMMINS: Well, at first, you face that. I mean, Trump got 65% of the rural vote. But a lot of people, they want to see practical results. And so the reason we didn't get the whole National Farmers Union, which has 200,000 members, we haven't gotten them to sign on to this yet; it's because a lot of their members say 'Oh, this is socialism' or 'Oh, this is just the Democratic Party', or 'I like some of the proposals, but let's not talk about Medicare For All and free public education and jobs for everyone, and so on'. And so what we have to try to explain to people is, look, if you want a New Deal for farmers and ranchers, you need the majority of the population to support this. And they're not going to support this unless it's part of a package that, you know, satisfied their primary needs. I mean, Americans don't wake up in the morning thinking about the farm crisis. Everyday people wake up thinking about, oh my God, I can't pay my bills, or I hate my job, or I don't have health insurance, or my kids aren't learning in school, or this is a dangerous neighborhood. So, the brilliance of the Green New Deal, like the New Deal before it, is it's a comprehensive system changing vision. And there's something in there for the overwhelming majority of the population. That's why they're going to support the parts about sustainable and regenerative agriculture, food and farming. You know, they don't want to pay their student loan debt anymore. You know, they don't want to pay the high bills for health care and so on. And the Green New Deal, if food and farming advocates want change, they have to support a holistic package. You know, if environmental justice folks want change, they cannot leave out rural America and still get something through. We're talking about a Green New Deal with a strong regenerative focus. That's what we need. And this is the way to bring rural America, or at least a lot of rural America, into an alliance with urban America, farmers and consumers united together, to where we can heal some of this insane polarization that is entirely unnecessary.

DOERING: Ronnie Cummins is a national coordinator for the US Farmers and Ranchers for a Green New Deal. Ronnie, thank you so much for taking the time.

CUMMINS: Great to be with you today.


Click here to read the group’s letter to Congress

Consumers for a Green New Deal