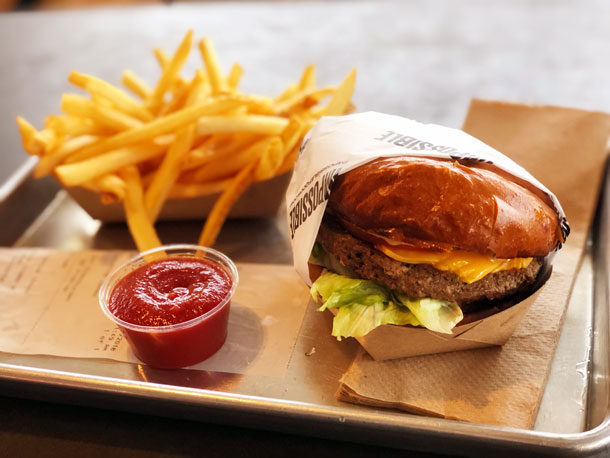 Meat-based alternatives, often made into food products like the Impossible Burger, are growing in popularity in the United States. (Photo: Sarah Stierch, Flickr, CC BY 2.0)

Peter Dykstra and Host Bobby Bascomb take a trip beyond the headlines to acknowledge the growing popularity of plant-based meat alternatives like the Impossible Burger. Then, they discuss the ongoing Keystone XL pipeline protests. Finally, the two look at the anniversary of the Atlantic Striped Bass Conservation Act of 1984.

BASCOMB: It's time for a trip now beyond the headlines with Peter Dykstra. Peter's an editor with Environmental Health News. That's EHN.org and DailyClimate.org. Hey there, Peter, what do you have for us this week?

DYKSTRA: Hi, Bobby. There's a survey from Michigan State University that offers some encouraging results for the makers of Impossible burger and other meat substitute products gaining some traction in the marketplace.

BASCOMB: Oh, what did they find?

DYKSTRA: The survey said that 35% of all the respondents had consumed plant-based meat alternatives in the past year, and out of that group 90% said they'd do so again. The biggest most successful market for vegetable-based protein products are Generation Z-ers and millennials that came before them. In other words, the youngest adults and teenagers out there. So that bodes well for seeing less of the impact from beef cattle, - the amount of water consumption, land consumption, greenhouse contributions, pollution - in the future.

BASCOMB: Mmhmm. Well, there's lots of brands out there of these alternative meats. Have you tried any yourself?

DYKSTRA: Well, I have a little unfortunate episode. A lot of the meatless things that have been on the market for a while are based on beans, and I have a pretty serious allergy to most forms of beans. So if I were to go into a restaurant and order a bean-based veggie burger, you would also have to order me an ambulance. But right now, some of the new products coming out don't have bean products in them. So I look forward to trying them and I haven't yet.

BASCOMB: Mmhmm. So your excuses are up. You know, I tried one recently, actually, and I thought it was okay. It was pretty good. I would do it again. But my two-year-old, she thought it was the best thing ever, she just chowed her burger.

DYKSTRA: So there's hope for the future.

BASCOMB: There you go. Well, what else do you have for us this week?

DYKSTRA: Go to the State of South Dakota that's made a reversal of sorts on its harsh new law to try and prevent protests against pipeline construction. A lot of the states in the Great Plains, North Dakota, and Nebraska, have seen huge civil disobedience protests over the Keystone XL pipeline. There are protesters in South Dakota that were facing criminal penalties of 10 years or more for protesting. The ACLU sued. They sued successfully. South Dakota is backing off and honoring the first amendment rights of protesters. 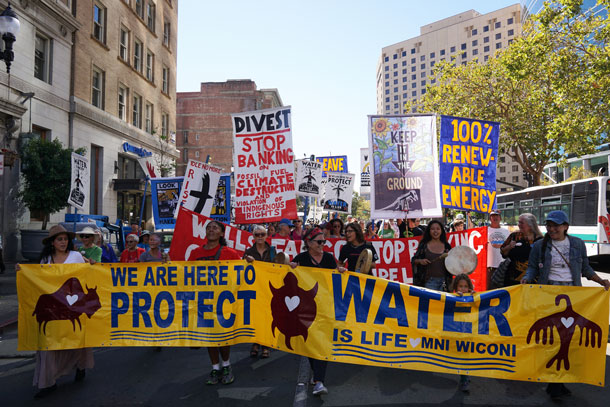 BASCOMB: Right. It's right there in the First Amendment, the right to peaceably assemble, I mean, seems like an open-and-shut case. Might other states follow South Dakota's lead here and relax their own penalties?

DYKSTRA: Well, some of the other states took the lead in enacting laws to crack down on protests. We'll see if the First Amendment argument and groups like the American Civil Liberties Union are able to turn those laws back as well.

BASCOMB: Mmhmm. Alright, well, what do you have for us from the history books this week?

DYKSTRA: October 31, 1984. A 35th anniversary of the Atlantic Striped Bass Conservation Act passed by Congress, back in the day when conservation measures were dealt with in a bipartisan way. It's led the way toward recovery. Striped bass, they're also known as rockfish. They're anadromous. They're found in freshwater, as well as salt water. They're generally considered "good eatin'", except in the Hudson River, where one of the worst PCB contamination hotspots still exists. There are tons and tons of striped bass in the Hudson, but you're not allowed to catch and eat because of the contamination factor. 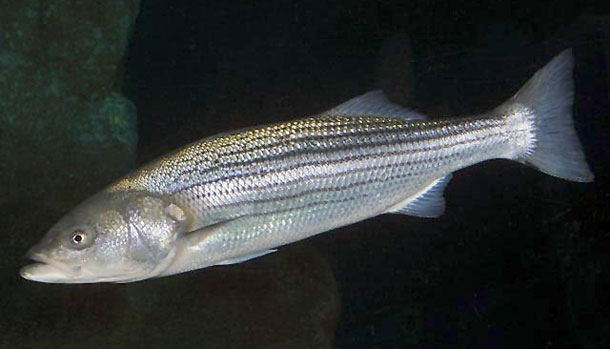 BASCOMB: Well, I mean, maybe that's another boon for the fish. If people aren't catching and eating them anymore, there's more to reproduce and improve their populations.

DYKSTRA: The population has bounced all the way back, as it has all along the range of the striped bass, up and down the Atlantic coast.