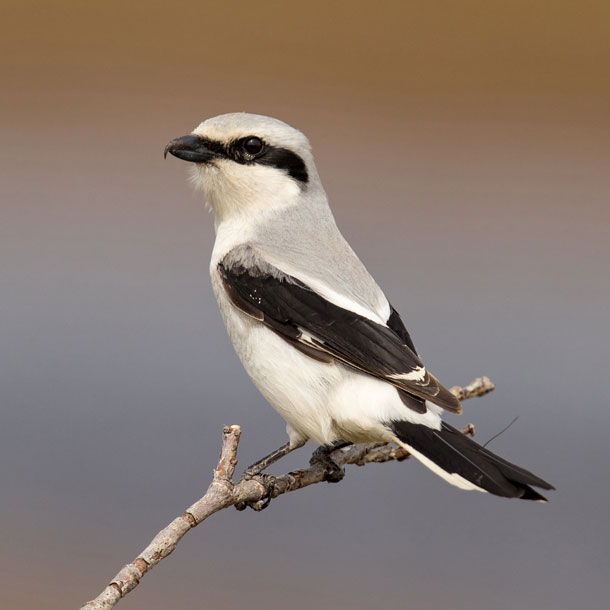 Wander through the open tundra and green taiga forests of northern North America in summer and you might hear the sweet and herky-jerky call of the Northern Shrike. But as BirdNote’s Ashley Ahearn warns: don’t be fooled, this singer has a dark side. It’s a ferocious hunter, a demon butcher of tweet street that impales its prey on thorns or even barbed wire, then slowly tears it apart. That’s why the shrike is also known by another name, the “butcherbird.”

CURWOOD: Halloween may be over but as Ashley Ahearn of Bird Note reports, some birds do have a spooky way to catch their dinner.

AHEARN: The Northern Shrike is a robin-sized, pale gray bird with black wings and a jet-black mask. But don’t let this quirky, metallic song fool you. It’s the call of a bloodthirsty killer.

The Northern Shrike breeds in the tundra and taiga of the north, but migrates south for the winter, perching on the tops of tall trees and shrubs to look for prey. 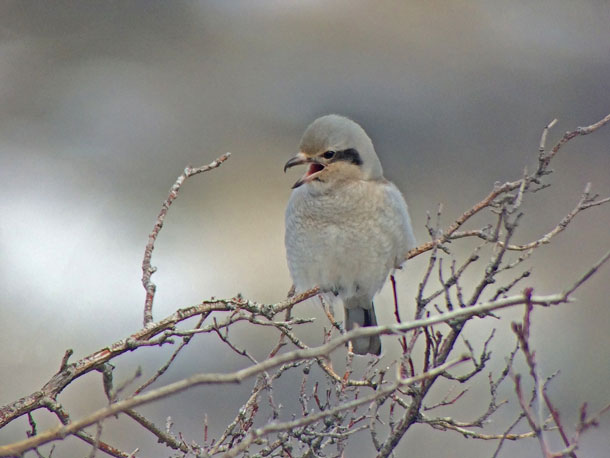 The shrike is a meat-eater, diving down from its tall perches to catch insects, small mammals, and even other birds. It’s such a fierce hunter, it’ll often take down prey bigger than itself. Then it carries its meal over to a thorny bush, or maybe to a barbed wire fence, and impales it, sticking its meat on a hook, before slowly tearing it apart — the way we might eat a rotisserie chicken.

That’s why shrikes are also known by another name, the “butcherbirds.”

If you want to see a Northern Shrike in action, head to open country in Canada and the northern U.S. And listen for the “butcherbird’s” innocent-sounding song.

[Song of the Northern Shrike]

CURWOOD: For pictures fly over to the Living on Earth web site, loe.org