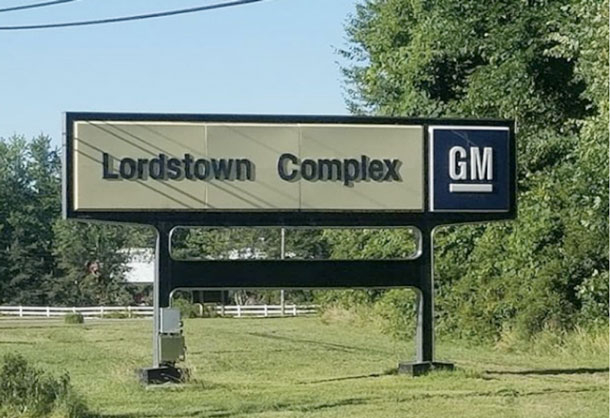 Peter Dykstra and Steve Curwood discuss an EV start-up replacing a shuttered GM plant in Ohio and the upcoming arrival of Polestar, an EV financed by Volvo and manufactured in China, to the Montreal market. They also consider an idea to convert the outer area of massive parking lots into urban farms. In the history calendar they look back to the Law of the Sea Treaty, which took effect 25 years ago.

Well, let's take a look beyond the headlines now with Peter Dykstra. Peter's an editor with environmental health news, that's EHN.org and dailyclimate.org, on the line now from Atlanta, Georgia. Hey there, Peter, what do you have for us today?

DYKSTRA: Hi, Steve. You know, General Motors has been much in the news the last couple of months due largely to a strike at several of its US facilities. One of the issues in the strike is that the strikers wanted to see GM reopen its Lordstown, Ohio plant. It closed in March, 1700 layoffs, they settled the strike without reopening Lordstown, but GM, a little consolation prize, sold the plant, there's an outfit called Lordstown motors. They promise 400 jobs making electric vehicles in a plant that had been open for GM for over 50 years.

CURWOOD: And what kind of vehicles are they going to make?

DYKSTRA: They're looking mostly at pickup trucks and the fleet pickup truck market. Well, hopefully they can expand from there as EVs catch on and they become more reliable and there are more charging stations out there. There's other news on the EV front, company called Polestar. Its factory is in China. One of its primary investors is Volvo from Sweden. It's going to open its first North American dealership sometime in 2020. That'll be in Montreal. They're looking at the Canada market first, then later on to get into the US market.

CURWOOD: You have to wonder if they're not coming to the US because of the tariff controversy. Hey, what else do you have for us this week?

DYKSTRA: There's a French design company that has a plan called Car Parks 2.0. And in that plan, they envision turning all that usually unused asphalt, they want to turn the outer parts of parking lots into the equivalent of urban farms or gardens, fruit trees in the medians, other plants there, and a scenario where if there's a restaurant in the shopping mall nearby, they can literally grow some of their product in the parking lot. 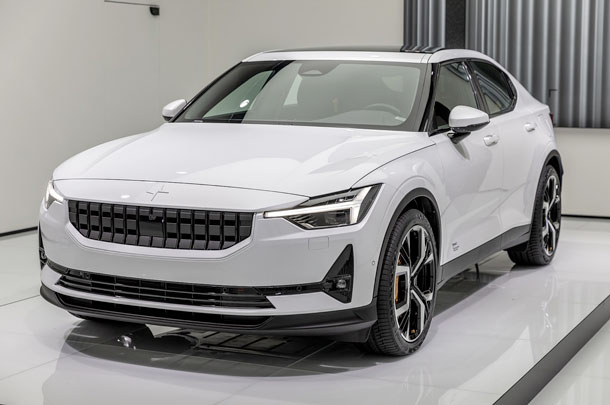 Polestar’s most recent model, the Polestar 2, is outfitted with an Android system that integrates Google products such as Google Assistant. (Photo: Matti Blume, Wikimedia Commons, CC BY 4.0)

CURWOOD: Of course to make the parking lots they cut down a lot of trees, there's a lot of sunshine out there. So, more and more I think that these places are also putting up solar panels and, and shading the cars. Well, let's turn now to the history vaults. Peter, look them back in the history books. What do you have for us this week.

DYKSTRA: 25th anniversary for the Law of the Sea Treaty taking effect in November 1994. The US has never ratified it. This is a treaty that had been under discussion and under negotiation for 60 years: talk started in the UN in 1956. The current version of the Law of the Sea Treaty provides for some governance in the open oceans once you get beyond the territorial limits, and also makes those territorial limits more uniform for things like fishing and offshore drilling, but one of the big targets of the Law of the Sea is to place some kind of regulation on deep sea mining. There are a lot of minerals down there in the bottom of the ocean.

CURWOOD: So, Peter, you mentioned that United States never acceded to the Law of the Sea Treaty because the Senate wouldn't approve ratification. Why not? 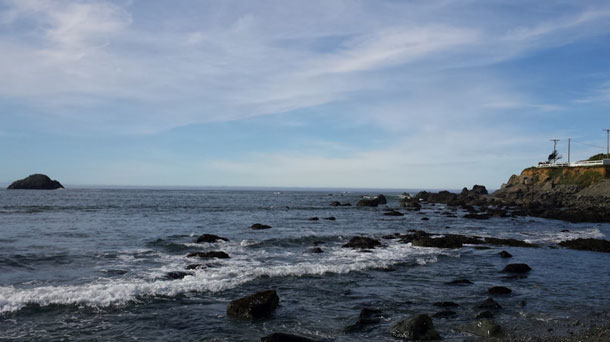 DYKSTRA: It's viewed as a giveaway of US sovereignty by many political conservatives. And they've never been able to get enough of that two thirds majority that's needed in the Senate to ratify a treaty.

CURWOOD: And there's more on these stories at the Living On Earth website LOE.org.

Learn more about one of Polestar’s sleek factories, located in Chengdu, China