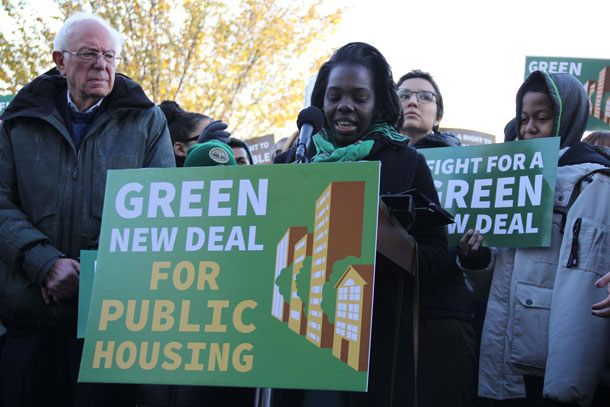 During the announcement of the Green New Deal for public housing legislation with Sen. Bernie Sanders (D-VT) (left) , Kari Fulton from the Climate Justice Alliance stated that 70% of public housing in America is within one mile of a superfund site. (Photo: Jackie Filson, Flickr, CC BY-NC-SA 2.0)

BASCOMB: The affordable housing shortage is a growing problem in many parts of the US, and even some middle-class families have to make hard choices. But for the poor, the lack of affordable housing has become a crisis. There are about 11 million extremely low-income households in the US these days and many of the 1.2 million federal public housing units are so badly run-down residents can go for weeks without adequate water or heat. To address the federal public housing emergency and at the same time create jobs, Democrats in Congress are proposing $180 billion for a Public Housing Green New Deal. It would also lower greenhouse gas emissions and help align the US with the Paris Climate Accord, as buildings account for roughly one third of all US emissions. Senator Bernie Sanders from Vermont and Representative Alexandria Ocasio Cortez from New York filed the bill, along with 95 other Democrats as co-sponsors, including Senator Jeff Merkley of Oregon, who joins us now. Senator Merkley, welcome to Living on Earth!

MERKLEY: Thank you so much good to be with you.

BASCOMB: So what are the current problems with public housing in the United States?

MERKLEY: Well, we don't have nearly enough public housing for one. The result is that so many families are paying way too high a percentage of their income for housing, so we need to greatly expand the supply. But we also need to take that housing stock and proceed to make it far more energy efficient, and to have the energy that goes into the building be renewable energy and the result of that is a lot of saving on energy costs down the road, a much more comfortable place to be and, and a lot of help in terms of taking on climate chaos, by decarbonizing the operation of these homes. 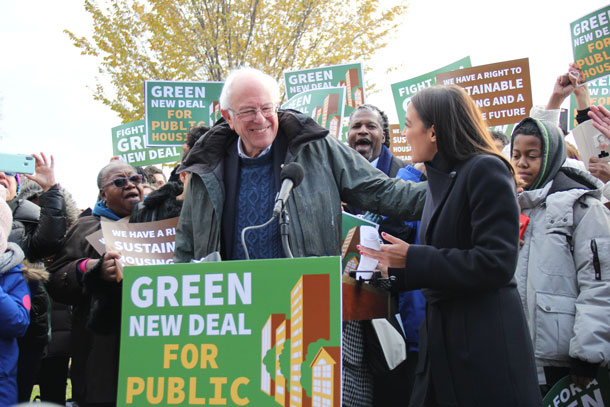 BASCOMB: And how would this bill address those problems?

MERKLEY: Well, it does it in a variety of ways. One is to take and electrify the homes, so you can imagine a gas furnace becoming a heat pump, having the electricity that flows into the house come from renewable sources, changing the lighting. Proceeding to do a lot of efficiency upgrades so the homes need a lot less energy in the beginning. Putting solar panels on the roof or perhaps canopy, solar canopies over the parking lots. So those are the main types of ideas that would go into this.

BASCOMB: Now I understand this bill would be the first example of turning broad goals discussed in that Green New Deal into some specific policies. How do you see that developing?

MERKLEY: Well, I think it's exciting. The vision of The Green New Deal on the environment looks at some basic principles. One is that the carbon pollution in the air is causing all kinds of trouble, and we need to address it very urgently. And then, in addition, while addressing it, we can create millions of good paying jobs, and we can make sure a lot of those jobs go to places that have been bypassed previously. Places like frontline urban communities, former fossil fuel communities, rural and frontier communities. And so that's the vision: big challenge, robust response, create jobs, help get those jobs where they're most needed.

BASCOMB: And to what degree do you see this problem with public housing as an environmental justice issue?

MERKLEY: Oh, it's very much environmental justice, because a lot of these are in inner city communities that suffer from a greater concentration of pollutants, maybe from old materials that are in the homes themselves. And the idea here is that the residents would be able to be employed in this operation. So a better place to live a better community, and more job provision for that community. So it's a win on several fronts. 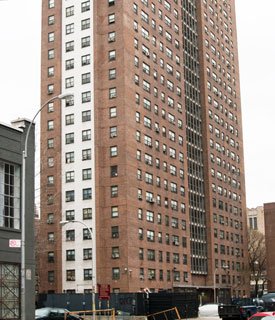 BASCOMB: What kinds of jobs are we talking about with them?

MERKLEY: Well, one thing I'm excited about is that a lot of these jobs would be union jobs with good benefits so workers have earned enough to, to live on. Jobs for renovating homes so you're adding insulation or you're installing double paned windows, possibly jobs actually doing some of the infrastructure on replacing water heaters or furnace systems, those types of jobs; also jobs where people are trying to install solar panels.

BASCOMB: Well, I mean, it seems like a good investment but nonetheless expensive. How do you intend to pay for it in the long term?

MERKLEY: Well, the legislation invests a lot, it's $180 billion. A lot of that needs to be invested, upgrade these public homes, these million homes anyway, because you can't sustain a housing stock without continuing to invest in the repair and upkeep. You have to replace furnaces every so often, you have to replace water heaters every so often. You need to improve energy efficiency with the windows and insulation and when you do that you save on the energy costs so that gets repaid. So I feel like this is a very good investment. But none of the materials are made overseas and virtually everything's made in the United States. And if the jobs also go to the communities where the housing is, that's a very strong and if the energy savings helps pay for the energy efficiency upgrades, then that's a real win.

BASCOMB: So if you have to do these repairs anyway, you might as well do them in a way that's, you know, forward thinking.

MERKLEY: And I'd like to think you'd replace it with a heat pump. And I want to encourage all your listeners to think about this in terms of your house. If you have a gas hot water heater, you can change it to electric hot water heater, if you have a gas or oil furnace, you can install a heat pump. You can change your light bulbs, you can insulate your house, and in doing these things, you make a huge impact on your carbon footprint on your home. And these are the types of things I've been doing with my home out in Oregon because it's just something that the individual can take action on. In this case, we're talking about a million homes where the residents don't own the homes. The decision has to be made by the owner of the homes, that is, the government, the federal government needs to upgrade these homes. 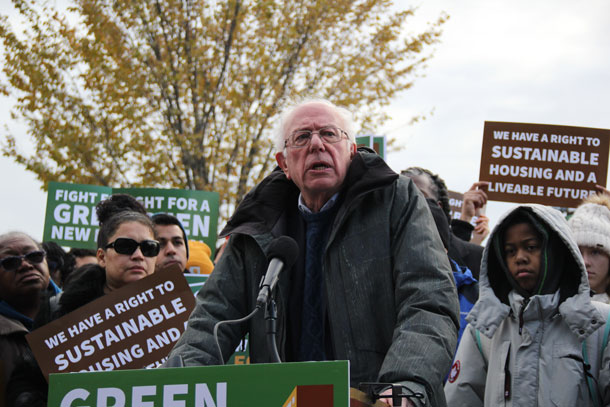 BASCOMB: Now, New York has the nation's largest housing agency, but faces deferred maintenance costs. And then there's states like California and Illinois that also have a lot of problems administering public housing. What kind of challenges do you currently see in the state of Oregon?

MERKLEY: When I think about Oregon right now, you know, people think Oregon and they go, hey, I'd like to live there! Because they've heard it's paradise and it is paradise, except it doesn't have enough affordable housing. So we've had for years the one way U-Haul statistics have shown that Oregon is one of the top destinations, normally first or second out of the 50 states for people to just say let's, let's move there. But if they move there and there's no housing, that is a big problem. And we have seen that when housing is developed the commercial sector that housing is aimed at high income folks moving into the state. So we need to build a lot more housing for low income families and middle income families.

BASCOMB: Well, politically, how does this move forward at this point?

MERKLEY: Well, you start by putting out the vision. And then you start building support. I don't anticipate that it is likely that this program can move forward under Republican leadership of the Senate, because their big goal was to do tax breaks for the richest people in America and that's what they did in 2017. So they spent $2 trillion on the richest families making them richer. Well, I think it's going to take American citizens saying that's crazy, look, look the richest people don't need our help. Who needs our help are our fundamental low income and working families trying to have a decent home and a decent community. That's where we should be putting our resources. So I hope to see that attitude dominate when a new Congress comes in.

BASCOMB: Oregon, Senator Jeff Merkley. Thank you so much for taking this time with me.

MERKLEY: Oh, thank you. I'm so glad you're covering this topic. This is very important to our future.