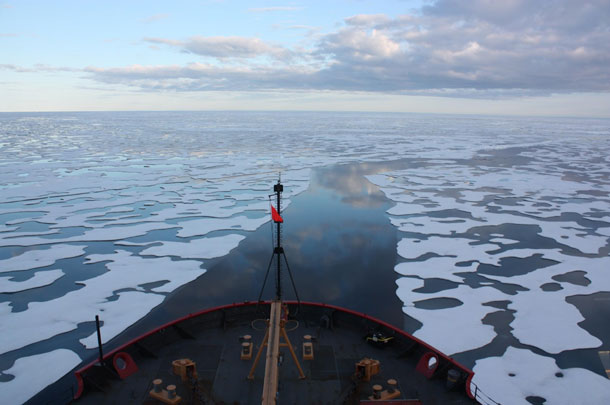 In this week’s Beyond the Headlines Peter Dykstra joins Host Bobby Bascomb to take a look at how melting sea ice in the Arctic is already opening up new shipping routes for oil and gas in particular. Then, the two discuss the low attendance by Democratic candidates at the first ever Presidential Forum on Environmental Justice, and some of the big ideas from the candidates who showed up. Looking back at this week in history: the sinking of the Whaleship Essex by a sperm whale, the inspiration for the classic Moby Dick. And looking forward, Peter has an interview date with climate change skeptic Senator Jim Inhofe… in 15 years, when he turns 100.

BASCOMB: And I’m Bobby Bascomb and it’s time for a trip now Beyond the Headlines with Peter Dykstra. Peter is an editor with Environmental Health News, that’s EHN.ORG and DailyClimate.org. Hey there, Peter, what do you have for us this week?

BASCOMB: And I'm going to guess that a lot of that traffic up there isn't tourists but there's a lot of oil and natural gas to be had in the melting Arctic.

DYKSTRA: That's the thing, a lot of the local traffic has to do with the build-up by Russia of the oil and gas industry, both offshore in the melting Arctic and onshore in Siberia.

BASCOMB: Well, another problem I've been reading a lot about is the, the melting permafrost releasing things that have been frozen in it for you know, tens of thousands of years.

DYKSTRA: Yeah, frozen possibly for millennia. There was a case in 2016, in a Siberian village, of an outbreak of anthrax in which one young boy died and Pacific seals and sea lions are beginning to suffer from diseases like distemper, all of a sudden it's showing up in the North Pacific, scientists predicted that this would be one of the consequences of a melting Arctic as the vectors to bring diseases from one place to another begin to open up.

BASCOMB: Oh man. Wow, there's no shortage of problems from such a remote area that probably many of us don't even think about too often. Well, what else do you have for us this week?

DYKSTRA: Not from a remote area, but from South Carolina right here in the United States. Amid all of the polls and all the debates, and all of the crowd of presidential candidates running on the Democratic side, most of the candidates actually passed on an opportunity to reach a crucial audience in a crucial state like South Carolina, the audience, African American voters, the issue environmental justice. 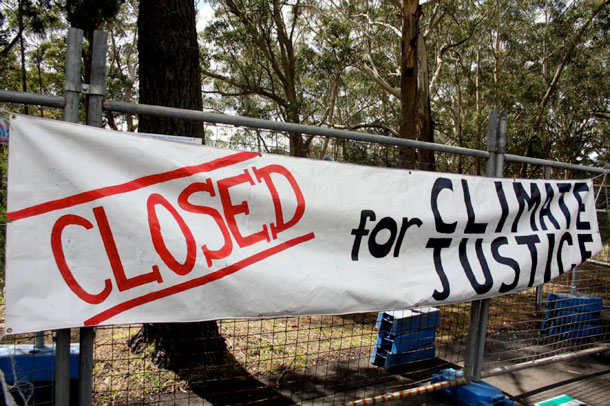 Understanding the effect of climate change on historically marginalized communities is an important aspect of environmental justice (Photo: Climate Camp, Flickr, CC BY 2.0)

BASCOMB: Hmm, most of them passed. Well, who did turn up?

DYKSTRA: The only supposed front runner was Elizabeth Warren. Others included Senator Cory Booker, the billionaire Tom Steyer, and three people that I had totally forgotten were even still running. Former Congressman John Delaney, former Congressman Joe Sestak, and the writer Marianne Williamson.

BASCOMB: Well did anything significant come out of the forum, given the people that were there? 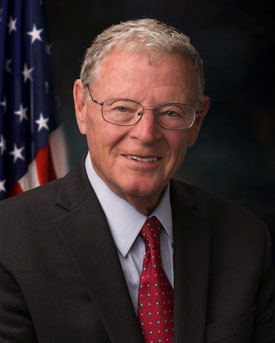 Senator Jim Inhofe (R-OK), a sprightly 85 (Photo: Courtesy of the US Senate)

BASCOMB: Well, what do you have for us from the history vault this week?

DYKSTRA: November 20, 1820, the whale ship Essex was rammed by an enormous sperm whale. It sank. Only eight of the 21 crew survived. They were marooned on a Pacific island for about six months before they were rescued. And about 30 years later, the stories filtered down to a writer who was also an ex-whaleboat crewman named Herman Melville. He based his novel Moby Dick on all the survivors stories, and that's the classic that we know today. And I've got one more thing for you. Last Sunday, Senator Jim Inhofe, the Alpha Dog of climate denial in American politics turned 85 and I proposed to him that we have an interview when he lives to be 100, and he accepted my interview request. The day Jim Inhofe turns 100 we're going to have a really good discussion about the hoax that he says all of climate change is.

BASCOMB: Oh man. Well, congratulations on scoring that interview even if it is 15 years out.

DYKSTRA: I'll have plenty of time to prepare.

BASCOMB: All right, Peter. Peter Dykstra is an editor with environmental health news. That's EHN.org and dailyclimate.org. Thanks, Peter. We'll talk to you again real soon.

BASCOMB: And there's more on these stories on our website LOE.ORG

Read more about the tragedy of the Whaleship Essex