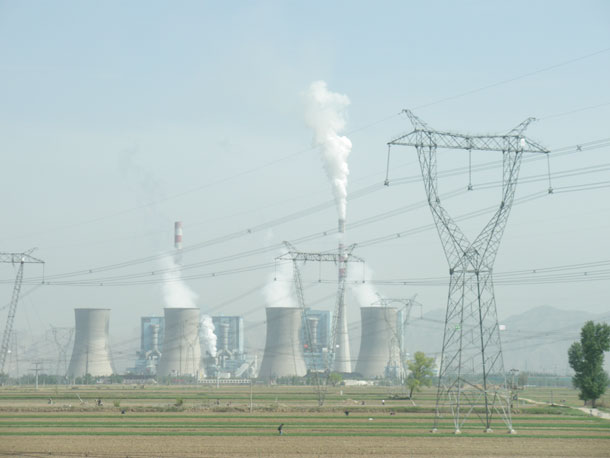 This week, Peter Dykstra and Host Steve Curwood discuss the international rise of coal, with China’s big push to increase coal power and Russia’s Siberian coast playing an increasing role in shipping coal. In Puerto Rico and the Virgin Islands, two years of delays are preventing islanders from accessing the FEMA aid needed to recover after hurricanes Maria and Irma, and Whitefish Energy, a firm contracted to rebuild Puerto Rico’s electric infrastructure, is entrenched in legal battles. Finally, in the history calendar the two turn to President James Polk’s 1848 speech that noted the discovery of gold in California, which brought thousands of gold seekers West and launched California into statehood just a couple years later.

CURWOOD: Well, it's that time in the program when we take a look beyond the headlines with Peter Dykstra. Peter's an editor with Environmental Health News. That's ehn.org and dailyclimate.org. On the line now from Atlanta, Georgia, I think, Peter, you there?

DYKSTRA: I'm here, Steve. I want to talk a little bit about coal capacity and coal use around the world. You know, we've heard so much, we've talked here so much about how coal is in decline in the US, power plants are closing or converting to renewables, converting to natural gas. Coal is also in decline in Europe in a big way. But both of those declines, which will help climate change are being offset by something that's going to cause more climate change. And that's that China is building so much more coal power capacity that all of the gains in the rest of the world are negated.

CURWOOD: Now that's not good news, Peter, what else do you have?

DYKSTRA: Well, I got some more not so good news from Siberia. The Northeast passage shipping route that's opening up with the melting Arctic along the Russian Siberian coast is gonna be the site of some more traffic of coal ships. India has a goal of drastically increasing its steel production. They need anthracite coal to do that, and one of the best untapped sources of anthracite coal is Siberia and Russia.

DYKSTRA: FEMA's aid to Puerto Rico and the Virgin Islands has stalled. Puerto Rico and the Virgin Islands of course were devastated by Hurricane Maria and Hurricane Irma two years ago. The Miami Herald recently reported that about one third of the claims by Puerto Rican homeowners to FEMA to help them rebuild have been denied. There's a tremendous amount of bureaucracy attached to this and a lot of people living with blue tarps instead of a real roof over their head from a hurricane that happened two years, two months ago.

CURWOOD: And now what's happened to rebuilding the electric infrastructure there in Puerto Rico? 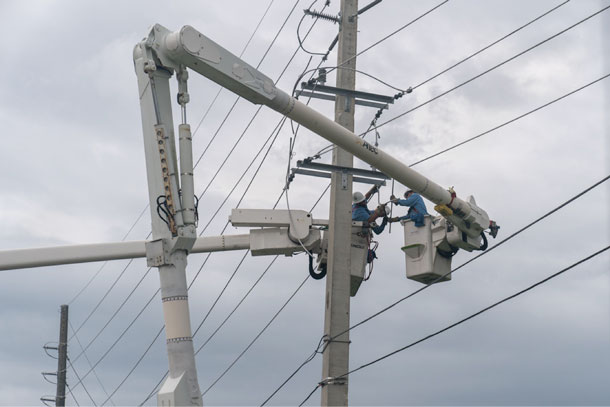 DYKSTRA: Well, with infrastructure like the damage claims, payments in Puerto Rico and the Virgin Islands are way behind what FEMA's done in Texas and Florida. But with electric, you may recall that early on, there was a scandal involving a two person firm called White Fish Energy from Whitefish, Montana. They had a $300 million contract to rebuild the Puerto Rican electric infrastructure. This firm happens to be in the hometown of then Interior Secretary Ryan Zinke. White Fish says they've already spent 126 million of that $300 million contract and that they've never been paid. They're suing the federal government and utilities that subcontracted to White Fish is suing White Fish, so it's a big, big legal mess.

CURWOOD: Yeah, and of course that contract was voided out I guess, by the federal government. But still, somebody has to pay. Hey, what do you have from the history vaults for us this week?

DYKSTRA: Going to go back to December 5, 1848, what was the equivalent back then of the State of the Union speech. President James K. Polk, who's not known for a whole lot, but maybe he should be known for saying something that jump started the growth of the state of California. 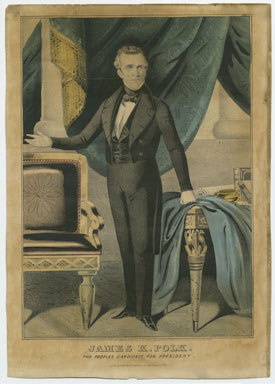 “The vast importance and commercial advantages of California have heretofore remained undeveloped by the Government of the country of which it constituted a part.” -James K. Polk, 1848 State of the Union Address. (Photo: Cornell University Library, Flickr)

CURWOOD: And that was?

DYKSTRA: He talked about gold being discovered in California, specifically at Sutter's Mill not far from Sacramento. And here's what he said: "The explorations already made warrant the belief that the supply is very large, and that gold is found in various places in an extensive district of country."

CURWOOD: Of course, people like gold then and even now, what happened?

DYKSTRA: 60,000 people made it to California in the year 1849 alone. And bear in mind, these aren't people who took the Transcontinental Railroad, because there wasn't one. They didn't take a relatively easy voyage through the Panama Canal because there wasn't a Panama Canal. Most of these folks went all the way around South America, around Cape Horn in a journey that sometimes took several months.

DYKSTRA: That's right. The beginning of 1848, California was still Mexican territory, it was ceded to the US. The gold strike happened later in the year, the Gold Rush happened in '49, and by 1850, California became the 31st state.

CURWOOD: Well, that's history for you. Thanks, Peter. Peter Dykstra is an editor with Environmental Health News. That's ehn.org and dailyclimate.org. We'll talk to you again real soon.

CURWOOD: And there's more on these stories at the Living On Earth website, loe.org


China’s role in the global landscape of coal