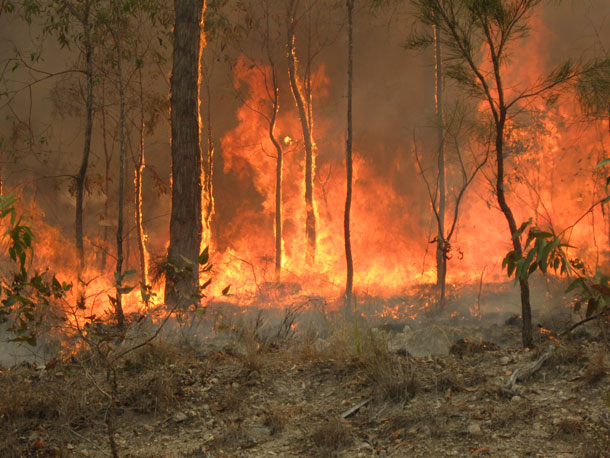 This week, Peter Dykstra and Host Steve Curwood discuss the impacts of climate-driven drought, from a fire that’s raging outside Sydney, Australia, to the rapid depletion of Bali’s water supply, to the reduction of Victoria Falls to a trickle, to the drying up during the ski season in parts of the Alps. They also mark the murder of two more indigenous environmental activists who protested logging in the Brazilian Amazon. And in the history calendar, they look back twenty years to Julia Butterfly Hill’s two-year tree sit protest.

The signs of a changing climate seem to be emerging more and more behind the headlines, so for the latest we are on the line now with Peter Dykstra, an editor for Environmental Health News, that’s EHN.org and DailyClimate.org. Hi Peter!

DYKSTRA: Hi Steve, how often do you hear the phrase 'fire is too big to put out' from firefighters? That's what they're saying about a huge bush fire outside of Australia's largest city, Sydney. They say that the city may be couched in smoke for months to come.

CURWOOD: That is not very good news. And of course, it's due to this massive drought over there.

DYKSTRA: We've seen pictures of the iconic Sydney Opera House, and the Sydney Harbour Bridge sort of covered in smoke. That's the most populous area of the country. And it's a very, very strong message that climate change is here to stay. And we're also looking at others from around the world.

CURWOOD: Okay, what do you have in mind?

DYKSTRA: In Bali, tourism Mecca in Indonesia, there's a combination of drought and the increase in tourism that are really doing a number on the water supply.

CURWOOD: So running out of water for tourists who want their long showers and then how do you grow food?

DYKSTRA: Growing food is part of it. And it's this inevitable clash between the tourist industry and tourists on one hand and the local residents on the other to get their day-to-day needs. But there's still another one from Africa.

CURWOOD: Okay, and what's that one?

DYKSTRA: Victoria Falls, another iconic tourist destination on the Zambezi River. More than half a mile long waterfall is running dry in a way that no one's ever seen before as a result of the worst drought in that area in a century.

CURWOOD: So is there no water going over the falls or is it just sort of . . . .

DYKSTRA: It's a trickle. There are some remarkable pictures where you see what used to be in what's normally this cascade of water stretched out over half a mile. It's now mostly barren cliffs with just a little stream heading over the falls.

CURWOOD: And I bet this isn't the last of things along these lines that you've noted.

DYKSTRA: There's one more unfortunately, we need to go to the Alps where it is winter and instead of the Southern Hemisphere summer, and winter, of course is ski season, and we're looking at an increasing number of closed and even abandoned ski resorts in the Alps, due to a decline in skiable days during the winter months.

CURWOOD: Signs of climate disruption everywhere. Hey Peter, what else do you have for us today? 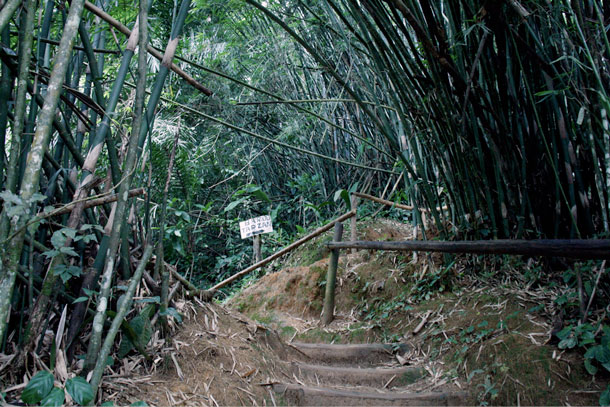 DYKSTRA: Well, here's something it seems we're mentioning this all the time. Unfortunately, we have to mention it again. Because last week, two more indigenous environmental activists, anti-logging activists, were murdered in what appears to be a drive-by shooting in the northeastern Brazilian state of Maranhao.

CURWOOD: Oh man, this is just happening way too much. I think last year 100 and, more than 160 environmental activists were killed. When will this stop do you think?

DYKSTRA: It's, I don't know that it's ever going to stop. There are still brave people who have obviously literally put their lives on the line.

CURWOOD: What do we have from the annals of history for today, Peter?

DYKSTRA: There's a 20th anniversary, and for me it's hard to believe that this is already 20 years ago. December 18, 1999, Julia Butterfly Hill came down from the tree she had been sitting in for more than two years, a Northern California Redwood that was slated for cutting. 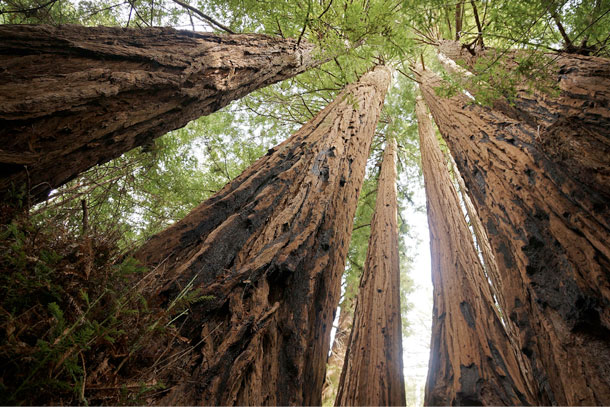 CURWOOD: That tree, I believe, was called Luna.

DYKSTRA: Luna was the name given to the tree. There was an attempt to kill Luna out of spite. But as far as we know, the tree is still alive and well and growing and enormous. Something is different about Julia Butterfly Hill. Her website says she's "no longer available to discuss the epic tree sit, and that her life has moved on." I guess somebody that could deal with more than two years worth of absolute solitude may not want to deal with celebrity for the rest of her life.

CURWOOD: Who could blame her? Thanks, Peter. Peter Dykstra is an editor with Environmental Health News, that’s EHN.org and DailyClimate.org. We'll talk to you real soon, right after the holidays.

CURWOOD: And there's more on these stories at the Living on Earth website, LOE.org.


More information about the fire in Australia

The Guardian | “Seduced and Abandoned: Tourism and Climate Change in the Alps”