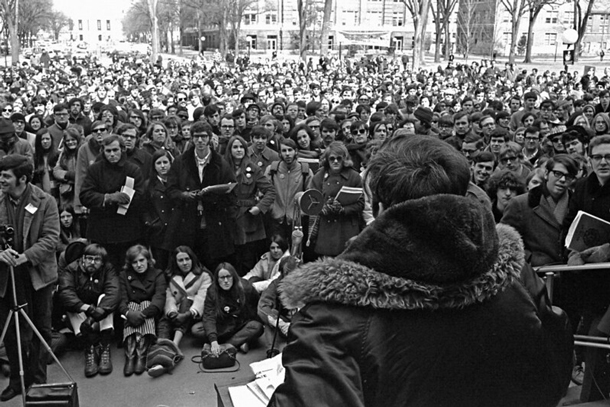 An Earth Day crowd in 1970. (Photo: University of Michigan School for Environment and Sustainability, Flickr CC BY 2.0)

This week, Environmental Health News Editor Peter Dykstra and Host Steve Curwood discuss the impact of the coronavirus pandemic on Earth Day gatherings for the 50th anniversary of the celebration of our planet. They also talk about ambitious reforestation efforts around the world, and in the history calendar, they look back to Earth Day 1990, when a star-studded cast took part in a primetime 2-hour Earth Day TV special.

CURWOOD: Let's take a look beyond the headlines now with our usual guide, Peter Dykstra. Peter's an editor with Environmental Health News, that's EHN.org, and DailyClimate dot org. And we reach him on the line in Atlanta, Georgia, I hope; Peter, you're there, right?

CURWOOD: What do you have for us today?

DYKSTRA: Well, let's take a look at Earth Day this year, we're less than a month off -- less than 25 shopping days till Earth Day, folks! And we don't know if there are going to be any big events at all. Of course, there are no mass gatherings around the world right now because of social distancing. If you go back to 1970 and the first Earth Day, there were millions of people that showed up in celebrations in cities and towns around the globe. That's clearly not going to happen. Back then, the environment was a phenomenon as a political issue, so much so that even Richard Nixon had to sit up and take notice. This year, in terms of big public displays, not much.

CURWOOD: So what are the organizers doing? I mean, there's a whole Earth Day movement, I thought, around the planet, they have offices and everything, what are they going to do?

DYKSTRA: Sure. Well, there are obviously opportunities with social media, and with the entire cyber world, where you don't have to be six feet away from your closest neighbor. But that's not gonna have the same effect as the mass rallies we've seen in places like New York and DC and elsewhere all over the world.

CURWOOD: Yeah, I wish that we'd solved all the problems, then an Earth Day wouldn't be necessary to remind people. Hey, what else do you have for us this week? 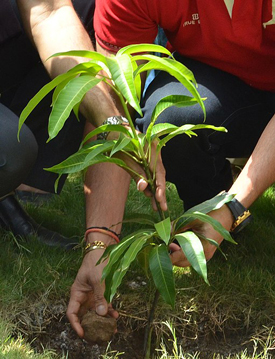 DYKSTRA: How about a little good news, on reforestation. Germany's Deutsche Welle compiled a list of 11 countries, kind of a tree travelogue; most of these countries are rarely thought of as environmental pioneers, like China and Niger and Iraq. All of them have aggressive reforestation efforts underway. You remember in Donald Trump's State of the Union speech this year, even he made mention of a trillion trees being planted around the world, that initiative that the US is set to take part in. It was the only environmental mentioned in the State of the Union speech, but around the world, people are already making good on it.

CURWOOD: And as I understand it, trees soak up a third of our emissions from our activities as humans but we cut down so many that the net effect is only about a 10% carbon sink. So hopefully this move to have more afforestation or reforestation will start to change that balance.

DYKSTRA: Right, and I'll give you a few examples; in Peru, they're literally making up for lost ground from deforestation. In Romania, there's a huge illegal logging problem. And in India, the soil there is literally exhausted from intensive farming in some areas. Tree planting will help turn some of those exhausting soils to a different use.

CURWOOD: And the special trees they can grow in India and elsewhere, the mangroves, really sequester a lot of carbon.

CURWOOD: Let's take a look back at the history books now, Peter, and tell me what you see.

DYKSTRA: On April 22, 1990, the 20th anniversary of the original Earth Day, there were six-figure crowds in DC and New York and big crowds in LA and Paris and Sydney and around the world. Earth Day and the environment was such a political phenomenon in that year, that in the US, there was a two hour primetime ABC TV special on Earth Day with an entirely A-List cast.

CURWOOD: Ah, so tell me! 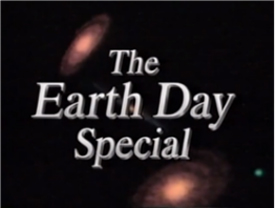 CURWOOD: Who is Alex Trebek?

CURWOOD: [LAUGHS] Thank you, Peter. Peter's an editor with Environmental Health News, that's EHN.org, and dailyclimate.org. We will talk to you again real soon.

DYKSTRA: All right, Steve, thanks a lot. Talk to you soon. Stay safe and stay healthy.

CURWOOD: And there's more on these stories on the Living on Earth website. That's LOE dot ORG.

About the 1990 Earth Day Special