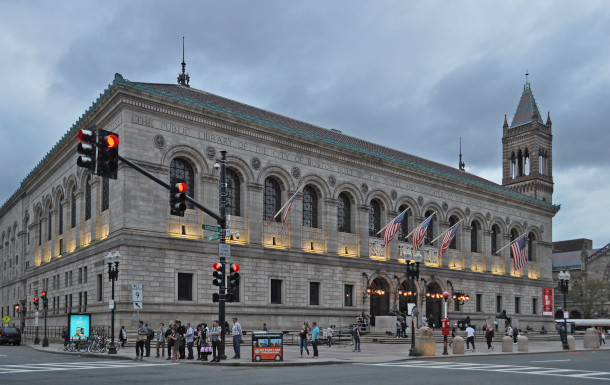 Reopening public buildings may pose health risks other than the spread of the virus, such as idle plumbing if internal water systems go unchecked. (Photo: Harshil Shah, Flickr, CC BY-ND 2.0)

This week, Environmental Health News weekend editor Peter Dykstra and Host Steve Curwood discuss how stagnant plumbing may pose a health risk as public buildings that had been shut down during the pandemic reopen. Also, it’s now easier for people in urban areas to hear bird songs, as noise pollution has decreased due to the pandemic. And in environmental history, they discuss the 50th anniversary of the peregrine falcon, the brown pelican, and the leatherback sea turtle joining the endangered species list.

CURWOOD: Well, it's time now to take a look beyond the headlines with Peter Dykstra. Peter's an editor with Environmental Health News - that's ehn.org and dailyclimate.org. On the line now from Atlanta, Georgia, hey Peter, what stories we going to talk about today?

DYKSTRA: Hi, Steve. Our friends at the nonprofit Circle of Blue do a great job reporting on water stories, about scarcity, about pollution, and here's one they recently published that I hadn't considered. Schools and workplaces and all the public buildings that have been shut down for a month or two months or three months due to Coronavirus may pose a risk when they open back up due to idle plumbing.

DYKSTRA: Yeah, the pipes that in some cases can become petri dishes for growing viruses or bacteria when they're not being used.

CURWOOD: Oh, right. Yeah, that's what happened with Legionnaires' disease. Apparently there was some stubs of plumbing that hadn't been used for a while, and that's where the bacteria grew.

DYKSTRA: Yeah, plumbing, and also the air conditioning system acquired moisture. Legionnaires' disease got its name back in 1976. The American Legion Convention held in Philadelphia that year for the Bicentennial, about 200 legionnaires and hotel staff got lung infections from hotel air conditioning that had been idled for some time before. And ultimately 29 of them died. Another risk in all of this is accumulation of metals in plumbing and water carriers, particularly lead and older lead pipes. And of course, everyone knows the disasters with lead that have been uncovered in Flint, Michigan and other cities.

CURWOOD: That's right. All right, Peter. Well, tell me some good news that's going on during the pandemic. I could use a bit of that.

DYKSTRA: Here's a tiny bit of good news. It's another one of those things that's completely unexpected. It's easier for people, particularly in urban environments, to hear bird songs.

CURWOOD: Huh. What, because there's less street noise or something? 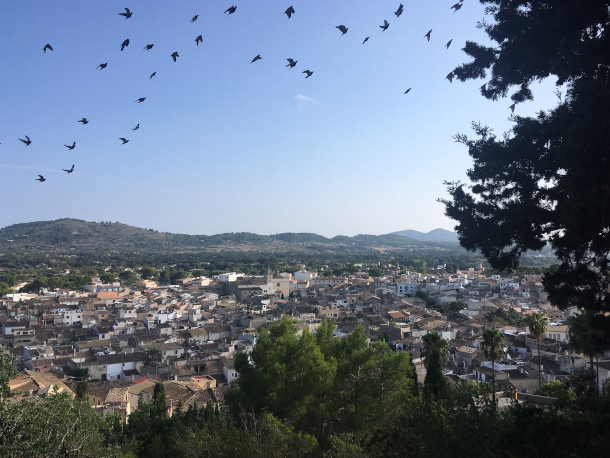 People in urban environments are starting to hear more birdsong, thanks to less human activity on the streets. (Photo: Sergei Gussev, Flickr, CC BY 2.0)

DYKSTRA: Well, social distancing, less traffic, less noise, less pollution on the street. People are tuning into the songs of birds. Here in Atlanta I live on the sixth floor of a big building. I can hear the birds from the street. It's not just in places like Atlanta or Boston or Washington, but also the United Arab Emirates. Other places that have some of the same restrictions on travel with social distancing, that have cleaner air, less human traffic, less human noise, and the birds because of it all get a little bit bolder, and going where they want to go.

CURWOOD: Some might say that nature is singing that we're taking it slow, huh?

DYKSTRA: That's right, you can sing that again.

CURWOOD: Let's move on to history now, and tell me what you see.

DYKSTRA: We have a 50th anniversary. If we go back to June 2, 1970, three very prominent megafauna species join the endangered list. This is actually before the U.S. Endangered Species Act that we all know. A precursor law was called the Endangered Species Conservation Act, and joining that list were the peregrine falcon, the brown pelican, and my absolute favorite, the leatherback sea turtle.

CURWOOD: And so how have those creatures fared?

DYKSTRA: Falcons and pelicans have recovered, but the leatherback has not recovered.

CURWOOD: Oh no, those are my favorite turtles too. I mean, they're just amazing. 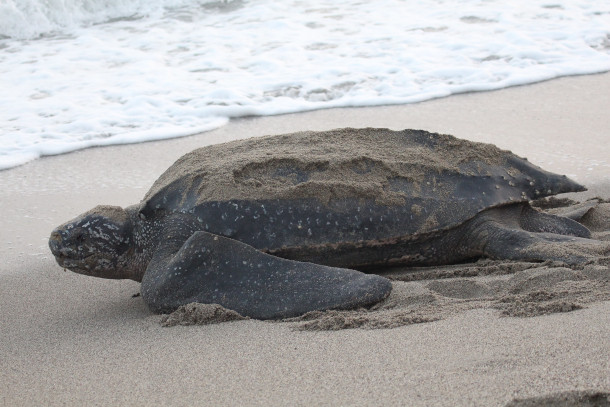 Leatherback sea turtles continue to face threats due to human activity, such as disruption of nesting sites and an abundance of plastic pollution. (Photo: Alastair Rae, Flickr, CC BY-SA 2.0)

DYKSTRA: They are. They can weigh close to a ton, they have soft shells as opposed to the hard shells of other sea turtles. Those shells have what looks kind of like racing stripes on them. And with their enormous size, they always kind of reminded me of Volkswagen Beetles with flippers on them.

CURWOOD: Yeah. So what helped the birds, the falcons and the pelicans?

DYKSTRA: What helped a lot of birds was the outlawing of DDT. That happened two years after these two birds made the endangered list. DDT of course thinned the egg shells of bird species, caused a lot of mortality from bald eagles down to hummingbirds. It's since been outlawed in most countries. It's allowed many bird species, including peregrine falcons and brown pelicans, to bounce back.

CURWOOD: And what's the continuing set of troubles for the leatherback turtles?

DYKSTRA: Several things: bycatch from fishing fleets, destruction of nesting sites on beaches, and of course leatherbacks ingest a whole lot of plastic, frequently plastic bags that the turtles mistake for their favorite food, jellyfish.

CURWOOD: My pleasure. And there's more on these stories at the Living on Earth website, loe.org.

The Washington Post | “Amid the Pandemic, People Are Paying More Attention to Tweets. And Not the Twitter Kind.”

More on the Leatherback Sea Turtle from National Geographic