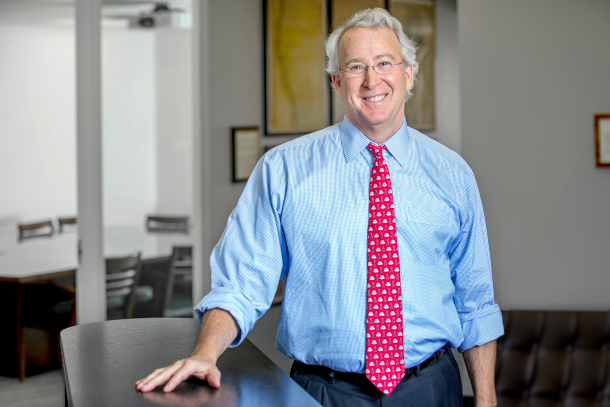 Aubrey McClendon was the co-founder and CEO of Chesapeake Energy until he was indicted on Federal antitrust charges in 2015. (Photo: Oklahoma Riversport Events, Flickr, CC BY 2.0)

This week Peter Dykstra, Weekend Environmental Health News Editor and Host Steve Curwood cover the fall of a major fracking company, the end of the road for the Atlantic Coast Pipeline, and the shutdown of the contentious Dakota Access Pipeline pending more environmental review. They discuss President Trump’s downplaying the lethality of COVID-19, which has hit close to home. And they take a trip back to the 1995 Midwest heat wave that previewed the growing health risks of climate disruption.

CURWOOD: It's living on Earth I'm Steve Curwood and it's time now to take a look Beyond the Headlines with Peter Dykstra. Peter is an editor with Environmental Health News that's EHN.org and DailyClimate.org. And he's on the line now from Atlanta, Georgia. Hey there, Peter, how you doing? What do you got for us today?

DYKSTRA: Hi, Steve. Well, you know, the end of June was a really, really bad time for one of the pioneering biggest, baddest fracking companies in the United States. Chesapeake Energy on June 28 they filed for Chapter 11 bankruptcy after being a Fortune 500 company for the last few years.

CURWOOD: What happened to them?

DYKSTRA: They've kind of fell apart. The prices of oil and gas have fallen way, way down. Concerns about the environmental costs of fracking also began to weigh on the company. And they're also kind of an emblem for what's going on with fracking everywhere.

CURWOOD: Hmm, interesting. Hey, what else do you have from the world of energy? Since the price is down there's gotta be more news. 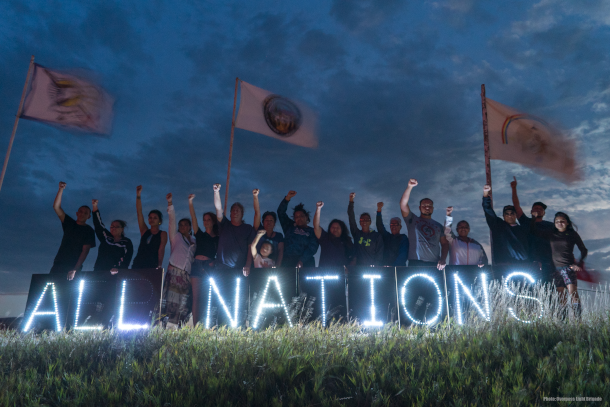 DYKSTRA: Oh, there's plenty more and because the price is down, the pipeline industry is also having a tough time of it. Duke Energy and Dominion Energy decided to quit their 600 mile multi-billion dollar pipeline project, bringing gas through West Virginia, Virginia and the Carolinas. They cited litigation and declining oil prices in killing the Atlantic coast pipeline. Was also the object of protests all along this route, particularly the part where the pipeline ducks under the Appalachian Trail.

CURWOOD: Well, hikers won't have to worry about that one now, apparently.

DYKSTRA: No, they won't. But wait, Steve, there's more.

DYKSTRA: A federal judge shut down an existing pipeline the Dakota Access Pipeline, one of the most contentious objects of litigation and protests by Native Americans, by environmentalists, farmers, ranchers, property rights advocates. The judge said that environmental review conducted by the Army Corps of Engineers was nowhere near adequate, they would have to do that over again before the pipeline would be allowed to reopen. 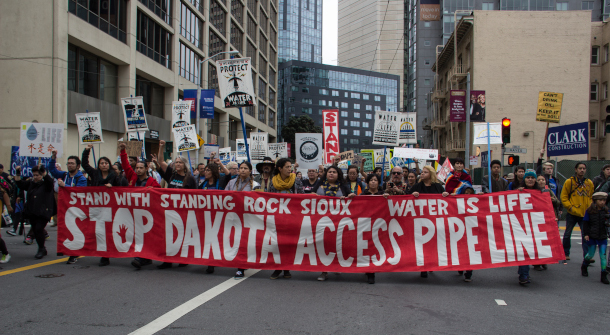 CURWOOD: Okay, Peter, what else do you have this week?

DYKSTRA: Well, I was kind of struck by President Trump's saying that 1% of COVID cases were a big deal and the rest were harmless. So I grabbed the old calculator. There are 130,000 US deaths and climbing—that includes my mom last month. There are nearly 3 million diagnosed cases at the time we're recording this, and that's not 1% that's about 4%. And what struck me about it is that Mr. Trump makes a lot of wild claims. They contradict what he said what others have said but rarely are his wild claims so instantaneously, disprovable, 4% are dead and that's a big deal.

CURWOOD: Oh, Peter. I'm so sorry to hear about your mother.

DYKSTRA: Yes, thanks. And Trump, by the way, has made the same kind of wild claims about climate change, and about land use in the Western states. All of that federal land, managed by the Bureau of Land Management, which we will now call the other BLM.

CURWOOD: Yes. Okay, Peter. So it's time now to pull out the history books and tell me which page you've turned to.

DYKSTRA: 25 years ago, page July 13 1995. A heatwave enveloped the Midwest, 739 people died in the city of Chicago alone. That heatwave was a very, very early look at how ugly climate change could be. And also was a look at how climate change can be an environmental justice issue because an overwhelming number of those 739 deaths in Chicago were in African American and Latinx neighborhoods.

CURWOOD: Thank you. Peter Peter Dykstra is an editor with Environmental Health News, that’s EHN.org and DailyClimate.org. And we'll talk to you again real soon.

DYKSTRA: All right Steve, thanks a lot. Talk to you soon.