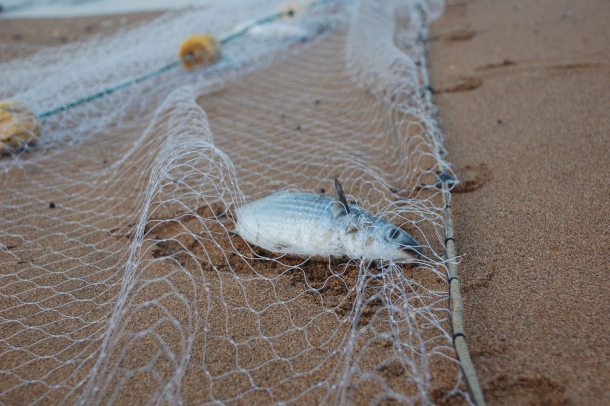 Ecuador is on alert after discovering a fleet of more than 200 Chinese fishing vessels near the Galapagos Islands, raising concerns over indiscriminate fishing practices. (Photo: Ollie Harridge, Flickr, CC NY 2.0)

Ecuador is on alert after discovering a fleet of more than 200 Chinese fishing vessels near the Galapagos Islands. The famous islands, which helped inspire Charles Darwin’s theory of evolution, are home to the second largest marine reserve in the world. But Ecuadorian officials worry that the fleet’s activity poses a danger to those delicate ecosystems. Ecuador’s former Minister of the Environment Yolanda Kakabadse joins Living on Earth’s Aynsley O’Neill to discuss the situation.

CURWOOD: Ecuador is on alert after its navy discovered a fleet of more than 200 Chinese fishing vessels near the Galapagos Islands. This famous archipelago that helped inspire Charles Darwin’s theory of evolution is home to the second largest marine reserve in the world. Now, Ecuadorian officials worry that the Chinese fleet poses a danger to those ecosystems by snagging fish that wander out of the formal boundaries of the marine reserve. Yolanda Kakabadse is the former minister of the environment of Ecuador, and she spoke with Living on Earth’s Aynsley O’Neill.

O'NEILL: So, Yolanda, what is the situation right now off the coast of the Galapagos Islands?

KAKABADSE: It's a very delicate concerning reality for Ecuador. There are more than 260 fishing ships, just on the border of the economic zone of Ecuador that surrounds the Galapagos marine reserve and also is off the coast of continental Ecuador. 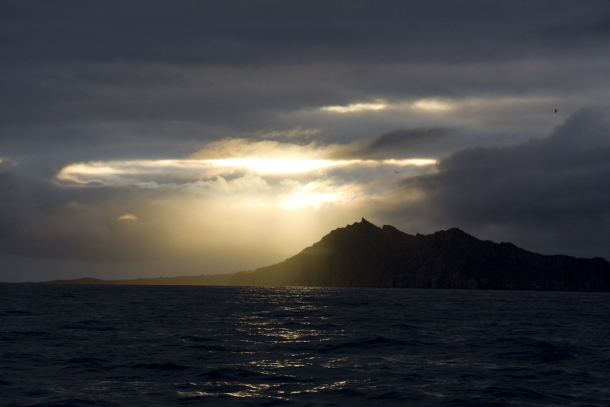 O'NEILL: Well, I've actually been lucky enough to spend some time in the Galapagos. And really, it was luck, because those are incredible places. All of those islands, all the ones that I visited, were gorgeous and stunning and so crucial. Could you tell us a little bit about the geography, about the ecosystem, about the wonder that is the Galapagos.

KAKABADSE: I wonder if I can speak a lot about it because all I have is amazement. The first time I went to Galapagos, which was about 50 years or 55 years ago, this sense for the first time in my life that I was another species. Humans in the Galapagos are not on one side of the cordon, the species, the animal in the other side of the cordon. We are just one. And the sense of being another species and being responsible for the care of Galapagos becomes the driving force. Probably that's when I decided to start working on conservation and environment in my life.

O'NEILL: So lots of us know about the Galapagos, let's say from Charles Darwin or from a documentary but what makes them such an important place for Ecuador and the marine environment in general? 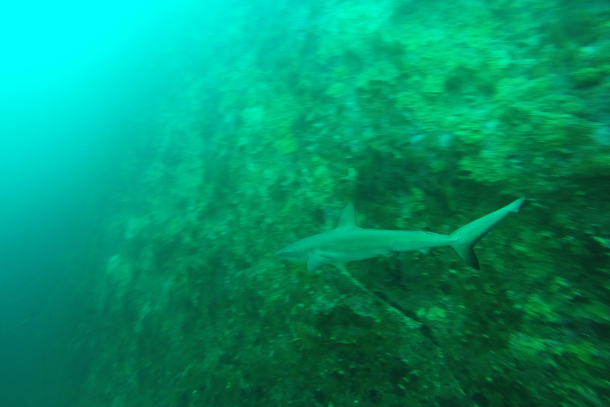 A shark swims through the waters off the coast of the Galapagos. In 2017, Ecuador intercepted a Chinese fishing vessel that had illegally entered the Galapagos marine reserve and was carrying 300 tons of marine life, mostly sharks. (Photo: Mary Lide Parker, UNC Marine Sciences, Flickr, CC BY-NC-ND 2.0)

KAKABADSE: To start giving a global vision, oceans are the ecosystems of the world that are most threatened. Overfishing, it has become the garbage site of plastics of the world. Global change, climate change is affecting oceans. So it is an ecosystem that needs a lot of attention from global leaders and all countries around the world. In the specifics, Galapagos is is it the jewel of the crown of this planet. It is a site that not only hosts the most incredible species that are not found in other parts of the world, but it's also a nesting place. It is a place that reproduces several species that guarantee in the medium and long term, the food security that this planet deserves and needs. So it is a site that needs protection. Ecuador has been taking care of the Galapagos protection for six, seven decades. So it is a place that we have tried to preserve as a science spot, as a conservation marine protected area that needs to be protected in order to continue its life forever after. It cannot be threatened as it is now. And already, fishing practices and climate change are affecting the species. So it is not as intact as it was 50 years ago. You can already see that birds and marine species are behaving differently and are not as they were several decades ago.

O'NEILL: And now there's this massive fishing fleet just outside of the exclusive economic zone. What does that mean for the ecosystem? What kind of impact does that have on such a sensitive marine habitat?

KAKABADSE: Well the fishing sector as a whole has to develop even stricter guidelines for fishing. And what we see is that not every fishing fleet or every country has adopted the criteria that is absolutely necessary to control that we keep on having fish forever after. There are several countries that fish in the wrong season with the wrong tools, the wrong size. And what does that mean? That we are not giving the species the necessary time to grow, to reproduce and to continue in the same numbers that we used to have. So what we do have in the Galapagos, on the edge of the Galapagos and the Ecuadorian Economic Zone, is such an enormous fleet, that it is the size of it, that is already a threat. We do hope that the negotiations between Ecuador and China that are being held now will allow Ecuador to have more clarity on what's going on in those ships and hopefully some Ecuadorian observers can visit those ships in order to ensure that tools and size and the amount of fish that has been taken from those seas are the correct ones. But we all know that the fish, know no frontiers, they don't have frontiers. They are migratory species that move in and out of the equatorial economic zone, in and out of the marine reserve. So that is the greatest risk: that that it is not for humans to control that movement. It is for humans to protect them when they move. 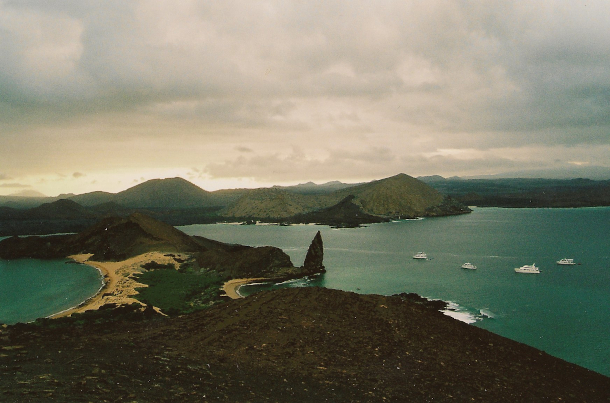 O'NEILL: Well, could you tell us a little bit more about those international negotiations?

KAKABADSE: What is happening now is that the Minister of Foreign Affairs of Ecuador, who has long experience in international negotiations, is talking to the Chinese government to see how the government can collaborate in the protection of the Galapagos. And one of my points here is that we are holding the next Conference of the Parties of Biodiversity Convention in China. And so that means that China is surely intending to protect its image and protect its interests in being one of the strongest partners of the Convention of Biodiversity, not only within China but around the world. So that is a plus in every sense. And as we know, China has done good things for environment and conservation in China. One cannot deny those efforts. So my hope is that China becomes a partner of Ecuador, and they protects, helps us in the protection efforts of the Galapagos in the economic zone of Ecuador and in the global marine resource as a whole.

O'NEILL: The Ecuadorian government is taking steps to prevent situations like this in the future. Am I correct in saying that? 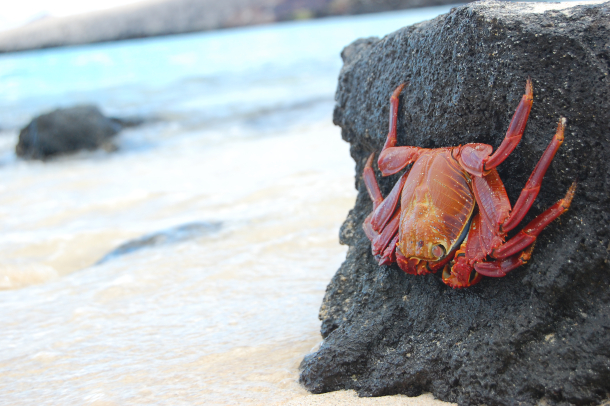 KAKABADSE: Absolutely. We are working here in Ecuador on other fronts. In that means that we are speaking to the other countries of the South Pacific Coast, Chile, Peru, Colombia, because all of us are facing the same challenges. And I think we all need to have a common strategy. And that is one of the roles that the Ecuadorian government is playing right now in talking to these other countries in order to see that we react with the same policies and the same strategies. The other front in which Ecuador is working very hard is in the creation of a marine protected corridor between Ecuador and Costa Rica. Costa Rica is protecting the islands of Cocos and we are protecting the islands of Galapagos and they are neighbors. The protected areas of Cocos and Galapagos touches on each other and we need to formalize that the existence of that corridor. Up to now we have been protecting the two areas and talking to each other for some years about the importance of creating a four mile corridor, and that will happen in the next few weeks. So in this decade, where we want to have 30% of the marine areas of the world, protected by 2030, it is a beautiful challenge to meet and it is a wonderful opportunity to discuss and agree with the other countries around the world, which other marine areas need to be protected. The moment that sharks and whales and other marine species feel threatened, that relationship will be broken. I think we cannot afford that. The pandemic that we are living today is just a demonstration that that pact is being broken. In the case of the Galapagos, that should be the last place on Earth to be affected by irresponsible actions of any sort. Tourism needs to be sustainable; fishing needs to be sustainable; and any other economic activity, if we want to survive.

CURWOOD: Yolanda Kakabadse is the former minister of the environment of Ecuador speaking with Living on Earth’s Aynsley O’Neill.


The Guardian | “‘They Just Pull Up Everything!’ Chinese Fleet Raises Fears for Galápagos Sea Life”