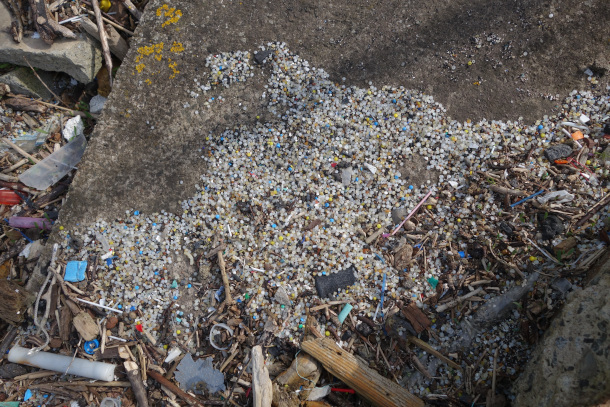 On this week's trip beyond the headlines, Environmental Health News Editor Peter Dykstra and Living on Earth's Jenni Doering take a look at nurdles, tiny pellets of plastic that are turning up on coasts around the world. Then, the pair travel to the South African town of Ermelo, where coal miners are trying to switch to solar farms. Finally, Peter and Jenni take a look back ten years to Osama bin Laden's statement on the perils of climate change.

DOERING: It's time now for a look beyond the headlines with Peter Dykstra. Peter's an editor with Environmental Health News. That's EHN.org and DailyClimate.org. Hey there, Peter, what have you got for us today?

DOERING: Oh, no, they're onto us, Peter!

DYKSTRA: No, no, no, no, that would be a nerd alert. This is a nurdle alert. Nurdles are those tiny beads of plastic, maybe a little bit smaller than the size of a pea, that serve as the basis for making all the plastic products that touch our lives, that we use every day, and that we throw out or try to recycle every day. One recent nurdle hunt in the Gulf Coast, found tens of thousands of nurdles on a short stretch of the Galveston beach. Then there are sometimes microscopic bits of plastic that are what's left of the literally billions of pounds of plastic waste, from bottles to basketballs to bags, to those little beads in our soaps and shampoos.

DOERING: But these nurdles that you're talking about, this is what, industrial waste? How does it actually get into the environment?

DYKSTRA: It's the raw product. They're spilled from tankers and tanker ships. And once they're there, they're there for all intents and purposes forever. So you've got the waste to plastics manufacturer, then you have the waste products of our end use of plastics, everything that's in our lives that touch us and we use them every day. We're building a problem in the midst of all these other problems that we're just barely coming to terms with.

DOERING: Well, what else do you have for us today, Peter?

DYKSTRA: We'll go to South Africa, there's a town called Ermelo. They stay warm, they cook their food, they get their electricity by a series of abandoned industrial scale coal mines that have been taken over by artesinal coal workers. That means people who work in part with their hands and shovels and picks to get coal to run the town to sell as a source of income and as a source of very dirty, very low paying jobs.

DOERING: Well, I mean, I guess if they have no other choice, they're just using the resources that they have.

DYKSTRA: Well, here's a choice that they've found. A lot of the local people in Ermelo, and other towns dig coal, and consider themselves environmentalists. 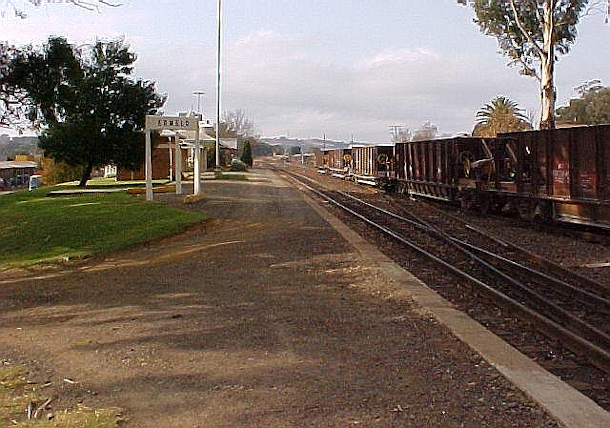 DOERING: Wait, really? Run that by me again, Peter?

DYKSTRA: Well, the miners are working with local climate activists to essentially put themselves out of business and convert the mining facilities into what could be one of South Africa's biggest solar projects, one of its biggest clean energy projects of any kind. The miners would then move into much safer jobs, working with solar, jobs that could pay 5 to 10 times as much as the dirty dangerous jobs they have now.

DOERING: Wow, it sounds like such a hopeful future may be just around the corner for them. So Peter, what do you have for us from the history vaults this week?

DYKSTRA: It's a 10th anniversary because on October 1 2010, one of the most famous people in the world came out with a very, very strong statement about climate change and its potential impacts.

DOERING: Oh, and who was that?

DYKSTRA: Osama bin Laden. And here's what he said: "All of mankind is in danger, because of the global warming, resulting in a large degree from the emissions of the factories of the major corporations. And yet, despite that, the representatives of the corporations in the White House insist on not observing the Kyoto Accord."

DYKSTRA: Maybe a little bit more thrilled less than a year later, in 2011, when SEAL Team Six caught up with Mr. bin Laden. He was killed, he was dumped in the ocean, where he's making his own modest contributions to carbon emissions.

DOERING: Well, thank you so much, Peter. Peter Dykstra is an editor with Environmental Health News. That's EHN.org and DailyClimate.org. Thanks, and we'll talk to you next time.

DYKSTRA: Okay, thanks a lot, Jenni. Talk to you soon.

DOERING: And there's more on these stories at our website, LOE.org.