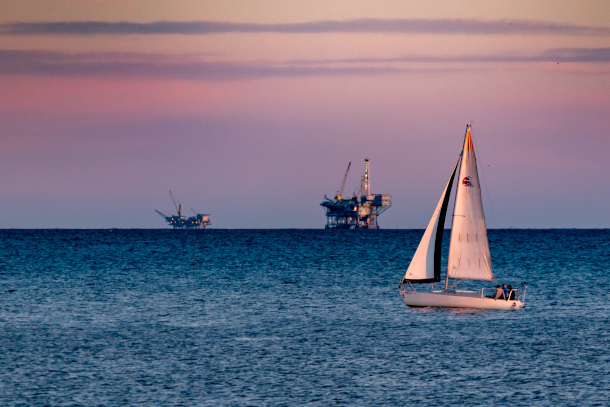 Plans for drilling off the Atlantic coast were stopped after seismic blast permits were set to expire and go un-renewed. (Photo: Glenn Beltz, Flickr, CC BY 2.0)

On this week's Beyond the Headlines, Environmental Health News Editor Peter Dykstra tells Host Bobby Bascomb about a plan to drill along the Atlantic that has fallen apart due to un-renewed seismic blasting permits. Then, the pair talk about how more K-12 schools are powering classrooms with solar energy. Finally, from the history books, the anniversary of a coal slurry spill that weakened the coal lobby's stranglehold on Appalachia.

It’s time for a trip now Beyond the Headlines with Peter Dykstra. Peter is an editor with Environmental Health News, that’s EHN dot org and Daily Climate dot org.

DYKSTRA: Hi Bobby, there's a little bit of news that's flipped on the conventional wisdom, instead of people working to save whales, in at least one court case on the Atlantic coast, whales have helped save humans.

DYKSTRA: Well, there's some situation along the eastern coast of the US where the Trump administration had wanted to pursue seismic testing as the first step in the search for offshore oil. Seismic testing is contended to have done damage to whales and other marine mammals. Seismic testing is the firing of these huge compressed air cannons fired at the ocean floor and the feedback from those explosions helps determine whether or not there's oil and gas beneath the ocean floor. And because of court cases in South Carolina and elsewhere, the Trump administration appears poised to drop its efforts for permits for seismic testing, which means no offshore oil in the Atlantic.

BASCOMB: Well, I know that the governors of these coastal states are opposed to drilling for oil off their shores and President Trump exempted Florida from offshore oil drilling but how have the oil companies themselves responded to this news?

DYKSTRA: They haven't really responded much at all, possibly because oil drilling on the East Coast is something they never wanted in the first place. It's politically controversial. It involves risk of potentially catastrophic spill in some of our most beloved beach areas. And it's just not financially worth it. Any kind of offshore oil and gas recovery is expensive and this particular proposal comes at a time when oil is cheap. In other words, spending extra to get oil that is going to have a far lower profit margin and a much higher political expense.

BASCOMB: All right, well, thank you to the whales, then. What else do you have for us this week? 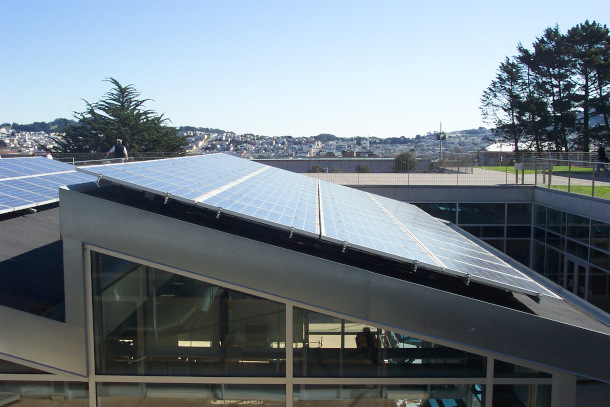 DYKSTRA: There's a little good news, according to a solar industry report, there's an 81% increase in K through 12 schools, kindergarten through high school that use solar power. That increase over the last five years, means 5.3 million kids and teens are going to school using solar energy.

BASCOMB: Wow, that's amazing. I mean, it's very forward thinking, you know, and stands to reason for an organization that's inherently thinking about the future, you know, educating children,

DYKSTRA: And a couple of practical concerns number one are schools are chronically underfunded, this may be another way to save energy costs. Schools just like a Walmart or a Target or a Costco have a lot of roof space and that roof space can be making energy and making money instead of being a neutral item on stretch school budgets.

BASCOMB: Yeah, for sure. What do you have for us from the history books this week? 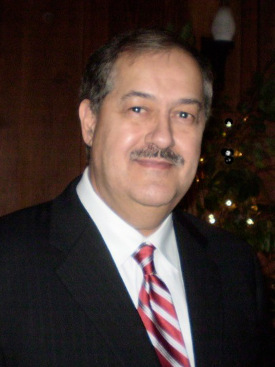 Don Blankenship, former CEO of Massey Energy, was sentenced to a year in prison after he was found guilty of conspiring to willfully violate mine safety and health standards. (Photo: Brianhayden1980, Wikimedia Commons, CC BY-SA 3.0)

DYKSTRA: October 11, 1980 fourty years ago, a coal company called Massey Energy saw its coal slurry dam fail, sending contaminated water through a couple of communities and into the Big Sandy River that's on the West Virginia Kentucky border, causing a tremendous water pollution problem. The Ohio River downstream is a major drinking water source for the region. That particular incident didn't bring with it a high death toll but almost exactly 30 years later in 2010, another Massey Energy project, a mine at Upper Big Branch in West Virginia caught fire, partly collapsed. Twenty-nine miners were killed and in an unprecedented legal move the flamboyant CEO of Massey Energy, Don Blankenship was sent to jail for a year for mine safety violations that killed those 29 miners.

BASCOMB: Well, one year in prison for the death of 29 people I mean, doesn't sound like very much.

DYKSTRA: It doesn't sound like very much but because it's set a precedent and began to shake the stranglehold that big coal had on Law and Justice in the environment in Appalachia. It was a significant move. Don Blankenship was also a major political player, going to jail for a year certainly brought him down a notch as well.

BASCOMB: And there's more on these stories at the Living on Earth website that's loe.org.

Environmental Health News | “Solar Power on the Rise at US Schools”