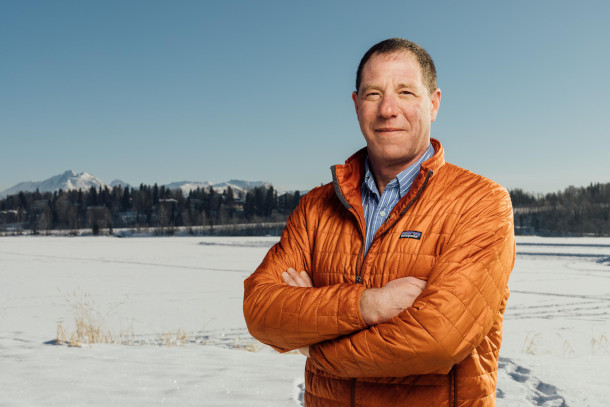 Dr. Al Gross is the independent challenger in this year’s Senate race in Alaska. He’s an orthopedic surgeon with ties to the salmon fishery as a teenager and has been outspoken about climate change and his opposition to the Pebble Mine. (Photo: Courtesy of the Al Gross Campaign)

In this week’s edition of Beyond the Headlines, Environmental Health News Editor Peter Dykstra takes Host Steve Curwood behind the scenes of the suddenly competitive Senate race in Alaska, where the GOP incumbent faces pushback over the Pebble Mine with its risk of runoff that could threaten the world’s largest sockeye salmon fishery. Next, the pair put on their bug nets and entomologist hats to review the possible ecological dangers which might accompany the arrival of the giant ‘Murder Hornet’ in Washington State and its danger to honeybees. Finally, in a look back at this week in history, Peter marks the passage of the Toxic Substances Control Act of 1976, or TSCA, which strengthened chemical regulation in the US.

CURWOOD: We continue our look at US senate races now with Peter Dykstra. Peter is an editor with Environmental health news …that’s ehn.org and daily climate dot org. He’s on the line now from Atlanta. So, hi there Peter, what do you have about the senate in your weekly roundup of stories beyond the headlines?

DYKSTRA: Well, hi, Steve. There's a race in Alaska that was a snoozer, and all of a sudden could not only be a race that could help turn the senate from Republican control to the Democrats. But the issue that it all turns on, could be an environmental scandal, never seen that before.

CURWOOD: Wow, so tell me what's the story?

DYKSTRA: GOP Senator Dan Sullivan. First termer, thought to cruise to re election, all of a sudden, thanks to a scandal over the controversial Pebble Mine a huge mining project that could threaten the Bristol Bay fishery, is getting a serious challenge, neck and neck with an independent, Dr. Al Gross. He's an orthopedic surgeon, who was a lifelong Alaskan, was a salmon fishermen at age 14 till he left for college and med school. Now he's back, and he's back in part to defend Bristol Bay, and to take action on climate change.

CURWOOD: And just how important is Bristol Bay to the salmon fishery?

DYKSTRA: Bristol Bay is the largest sockeye salmon fishery in the world. It's considered the most productive fishery of any kind within the US. And it's at the heart and soul, not just economically but also culturally, to Alaska, fishing being arguably the second biggest contributor to the Alaskan economy after oil and gas. 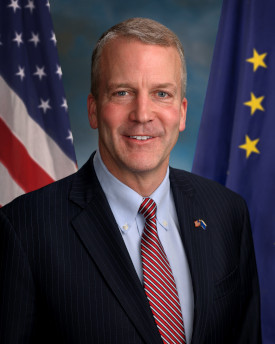 Incumbent GOP Senator Dan Sullivan is still favored to win his matchup in this year’s Senate race in Alaska, but he’s facing a stiff challenge in part because of ties to the Pebble Mine project, which is unpopular in Alaska. (Photo: US Congress, Public Domain)

CURWOOD: And what's the relationship of Senator Dan Sullivan to this?

DYKSTRA: Recent report linked Sullivan to campaign contributions from supporters and investors in the mine. There was also an audio recording by some of the mining officials talking about how they could help Sullivan win. And it's a tight race. If Sullivan loses, the republicans are that much closer to losing control of the Senate.

CURWOOD: Interesting. Well, we'll be watching that closely. Hey, what else do you have for us today?

DYKSTRA: Remember the murder Hornets? They were the year 2020 candidate for creepy, scary invasive species?

CURWOOD: Oh, yeah, these are big things. They're supposed to be a couple inches long, right?

DYKSTRA: A couple inches long, which means maybe five times as long as other bee species we have in the US and they are a real threat to other bee species. They're known to destroy entire hives. And also they're apparently very good at decapitating other bees, attention Stephen King and other script writers out there. Murder Hornets are apparently not going to kill people. But their threat to other native bee populations is for real, and evidence of it is beginning to turn up in places like Washington State. 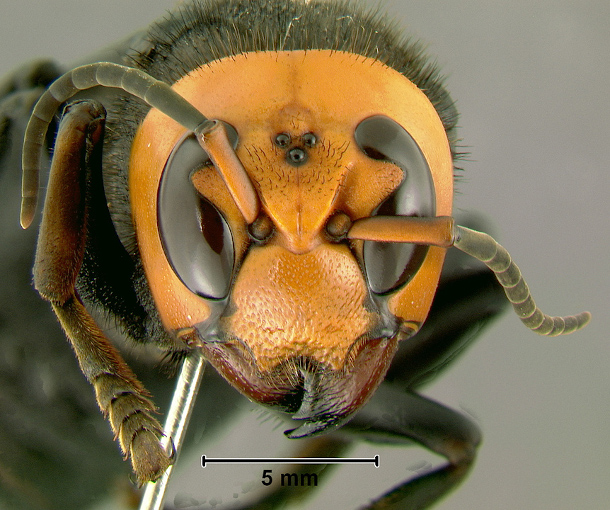 Vespa mandarinia, a giant hornet native to east Asia, is one of many invasive species that has taken advantage of the way that humans move goods around the planet, possibly by hitching a ride. (Photo: Gary Alpert, Wikimedia Commons, CC BY 2.5)

CURWOOD: Well, America, of course has this fabulous history of scary invasive species stories that don't turn out to be quite as scary. I'm thinking of the killer bees for one.

DYKSTRA: The killer bees. 45 years ago, they were an epic Saturday Night Live skit, these aggressive bees have made some inroads in the far southern US, but they're not exactly taking over which was what our original fear was, the murder Hornets. However, there's at least a chance they could be a real threat. 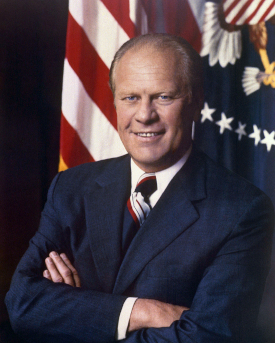 DYKSTRA: October 21 1975 a 45th anniversary for both houses of Congress passing the Toxic Substances Control Act, known by the operatic acronym of TOSCA. It tightened rules on the production and use and export of toxic chemicals. And for the first time allowed EPA and other agencies to look at chemicals and other substances previously in use, and therefore legally assumed to be safe. There were various uses of lead, and pesticides that were all of a sudden, under regulation, where regulation had passed them by, it was a game changer for taking many threats to public health in the environment, putting them back in play, and making our world a little safer.

CURWOOD: All right, Peter, thank you.

DYKSTRA: And before I go, Steve, one more thing. We have a diligent listener from this past week, who caught that I had muffed the date of a coalway spill into the Big Sandy river, that happened in 2000. The year 2000. So thanks to one of our diligent listeners for pointing that out.

CURWOOD: Peter Dykstra is an editor with environmental health news at EHN.org and daily climate.org. We'll talk to you again real soon. Thanks, Peter.

CURWOOD: And there's more on these stories in the living on earth website. LOE.org

Click here to learn why the Giant Hornet (Vespa mandarinia) which has been sighted for the first time in Washington State this year, may pose a threat to honeybees this fall