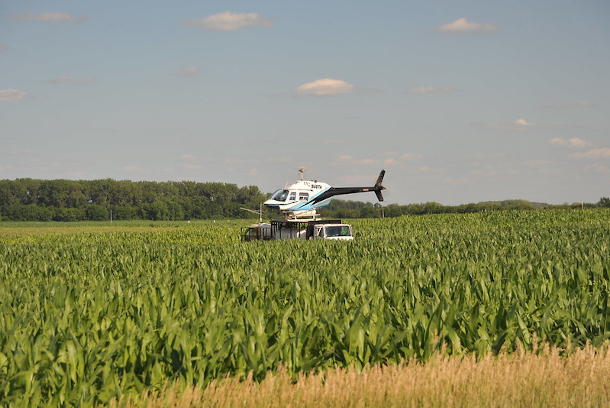 The latest EPA action to further ignore sound science is its new assessment of the health risks associated with the pesticide chlorpyrifos. Epidemiological studies have found that children exposed to chlorpyrifos in utero suffer brain damage. But as pediatrician and epidemiologist Dr. Philip Landrigan tells Host Bobby Bascomb, the EPA is claiming that data is “inconclusive” because it protects the privacy of study participants.

Solid science is fundamental to the Environmental Protection Agency’s ability to protect Americans’ health. But increasingly under the Trump administration the agency is ignoring scientific evidence as it studies risk and sets guidelines, for everything from greenhouse gas emissions to toxic pesticides. The latest EPA action to draw outrage from concerned scientists is its updated assessment of the health risks associated with chlorpyrifos, a widely-used pesticide that attacks the nervous systems of insects. Epidemiological studies have found that children exposed to chlorpyrifos in utero suffer brain damage. And exposure is easy to come by especially for farm workers and for mothers who eat produce with pesticide residue on it. Yet despite the evidence, the latest EPA assessment of chlorpyrifos finds that the data showing human health harm is “inconclusive” because scientists, citing privacy rights, will not release the names of study participants. Here to discuss is Philip Landrigan, a pediatrician and epidemiologist who directs the Global Observatory on Pollution and Health at Boston College. Welcome back to Living on Earth!

LANDRIGAN: Bobby, it's great to be here. Thank you for inviting me.

BASCOMB: Well, Dr. Landrigan, first off, will you please describe for us the studies that were conducted regarding the health impacts of chlorpyrifos? Who did those studies and what did they find?

LANDRIGAN: Well, researchers at three universities -- at the University of California at Berkeley, at Columbia University School of Public Health in New York City, and Mount Sinai School of Medicine in New York City -- decided that they would undertake what are called prospective, longitudinal epidemiologic studies. And these are studies where the goal is to determine whether exposure to chlorpyrifos causes damage to the developing brains of infants in their mother's womb. And the way they did these studies, each of the studies used the same basic design. They enrolled pregnant women early in pregnancy, they measured each woman's individual exposure to chlorpyrifos during her pregnancy in a couple of ways. First of all, they asked women about exposure to pesticides, and then secondly, they took urine samples at one or more points during pregnancy. And then after the babies were born, they did systematic exams, developmental exams, developmental testing on the babies, as they grew up. And they all three found that babies who are exposed in the womb to chlorpyrifos had evidence of brain and nerve damage after they were born. And specifically, what they found was reduction in IQ, some shortening of attention span, which increases the risk for attention deficit disorder, and some behavioral issues. And they found that the heavier a child's exposure, that is to say the higher the dose, the higher the level of chlorpyrifos in the mother's urine during pregnancy, the worse the damage. They also, when the children got old enough to do more sophisticated studies, they asked some of the children to take MRI studies of their brain. And they found that children who are exposed to chlorpyrifos have abnormalities in MRI that were not seen in unexposed children. 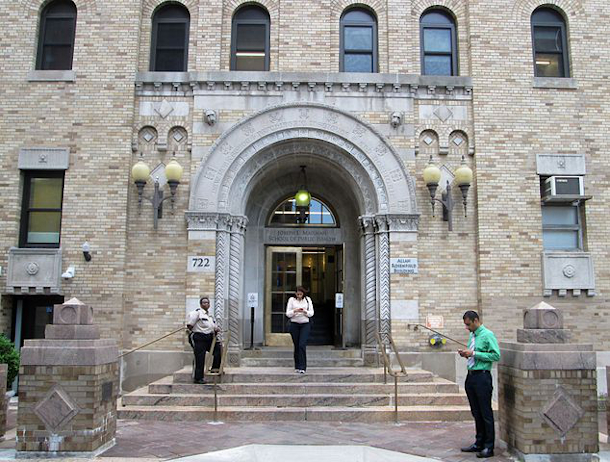 BASCOMB: Well, now the EPA is saying that the results of these studies are inconclusive. What's going on here? Why is EPA choosing to invalidate well-documented studies on a human health risk?

LANDRIGAN: Well, I think it begins with the fact that EPA decided, the EPA and this administration, decided very early on, back in 2017, that they were not going to ban chlorpyrifos. And then what they've had to do since that time, is to come up with a rationale that would explain the decision that they really already made, which in my opinion, was a decision that was based on politics, and also on protecting the commercial interests of the pesticide manufacturing companies. There's no other way to say it. They came up with this very clever idea, this very nice sounding way to dismiss studies, which they call "transparency in science". At first blush, that sounds like a good thing. I mean, transparency is good, isn't it, you know? But in this instance, it's not a good thing. And the reason it's not a good thing is that when doctors and nurses asked families to participate in studies, like these prospective studies of mothers and babies done at UCSF, Columbia, and Mount Sinai, they promised the families confidentiality. So the EPA people, these politically motivated folks at EPA, have seized upon this. And they say, "well, that's secret science. We can't use those studies if you won't reveal data on the individuals, you're not being transparent." They say, "you're operating in secrecy." But the investigators who did these three studies at Mount Sinai, at Columbia, at UC Berkeley, of course they provided all their information to the EPA, except personal identifiers, name, address, Social Security number. So EPA has everything that any rational person would need to draw conclusions. And so under this ruse, under this very clever ruse -- which incidentally, is a ruse that was first invented, I'm told, by lawyers for the tobacco industry who were trying to dismiss studies that linked smoking to lung cancer -- using this very clever ruse, they have said, "Okay, we're not going to count these three very well done human epidemiologic studies in rulemaking. We'll just have to make do without them. And we'll use whatever else is out there." Well, there are other studies out there. In fact, there are some excellent studies showing that if laboratory animals, rats and mice, are exposed to chlorpyrifos during pregnancy, the baby rats are born brain damaged as well. And that's important information, but still, for EPA to break with the practice of the last 30 or 40 years and dismiss human epidemiologic studies because the investigators cannot give up the names of individual patients, it's really, very ridiculous. And in my mind, it represents a fundamental assault by EPA and this administration on the integrity of science. 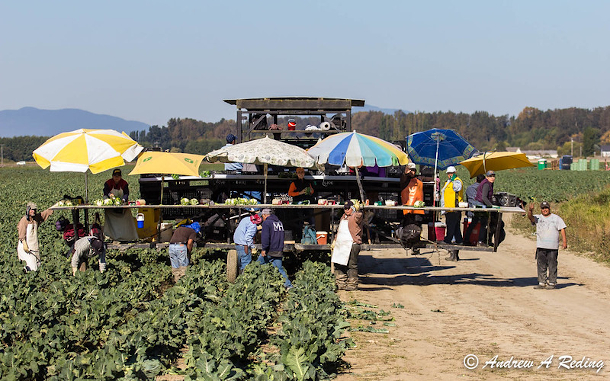 BASCOMB: Well, how concerned are you about EPA adopting this "restricted science" policy in assessing the safety of many other chemicals, not just chlorpyrifos?

LANDRIGAN: Well, I'm very worried about that. I think the current leadership at EPA is using chlorpyrifos as a test case. And if they can get away with making this rule stick in the case of chlorpyrifos, then I have no doubt that they will apply it widely to the evaluation of many chemicals. And the net effect of all that is that restrictions on the use of a whole number of chemicals will be lifted. There are more than 80,000 synthetic chemicals licensed for use in the United States, licensed by EPA for use in the United States. And these chemicals are found in every single product you can imagine, from baby bottles, to blankets, to mattresses, to couches, to computers, to building materials. And as these chemicals get out of those materials, they get into us, they get into the environment, they contaminate the environment very widely. And in this country, we have a very weak, almost totally toothless system for screening chemicals for safety or toxicity before they come into market. We do a very good job in the United States of screening drugs. If a pharmaceutical manufacturer wants to bring out a new drug for high blood pressure, or heart disease or some other condition, the drug has to be meticulously screened and tested before it can be brought to market. But pesticides and consumer chemicals of all kinds, the kinds of chemicals that go into cosmetics and food wrapping and household furnishings and such, those chemicals are basically presumed to be innocent until proven guilty. And as a result, chemicals come on the market, people are exposed to them. And then sometimes years or even decades after these manufactured chemicals have been brought to the market, we learn that they can cause harm. So the chemical regulatory system in the United States is already broken. And then the current leadership of EPA is making this broken system even worse.

BASCOMB: That must be very frustrating for you as a physician to watch. 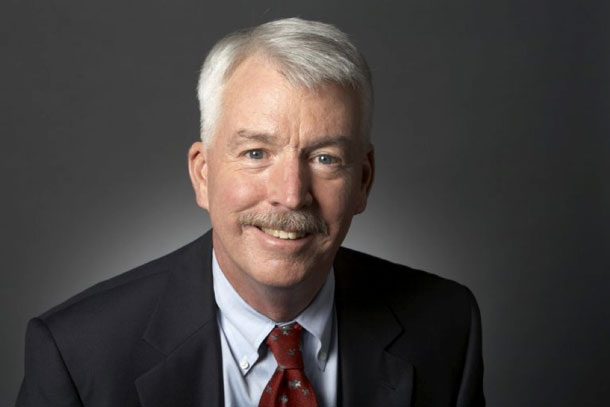 LANDRIGAN: It's very frustrating for me as a physician; it bothers me intellectually that EPA should not follow good science. It bothers me as a citizen that in essence, EPA is breaking the law. But it bothers me even more as a pediatrician who cares for children. Because these regulations are not disembodied legal structures, far from it. Rules and regulations like rules on chemicals like chlorpyrifos have very direct consequences for children's health. And when our country allows young children and pregnant women to be exposed to a chemical that causes brain damage, babies are born with brain damage, as sure as night follows day. And that's what these folks at EPA are setting up.

BASCOMB: Dr. Philip Landrigan is a pediatrician and epidemiologist at the Global Observatory on Pollution and Health at Boston College. Dr. Landrigan, thank you so much for taking this time with me today.

LANDRIGAN: Bobby, thank you. It's been a pleasure.

BASCOMB: We reached out to EPA for a statement. Spokesperson James Hewitt replied via email and said, “EPA remains unable to verify the reported findings” of the studies in question.


NYTimes | “E.P.A. Rejects Its Own Findings That a Pesticide Harms Children’s Brains”

EPA info about the “Strengthening Transparency in Regulatory Science” rule