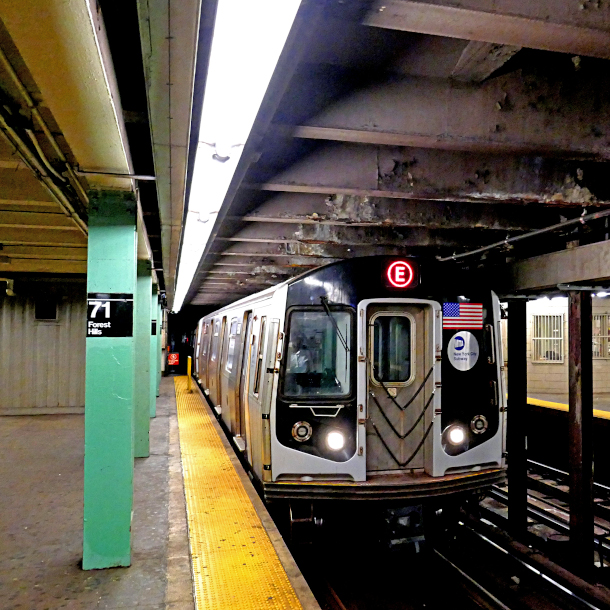 The Metropolitan Transit Authority, which runs New York City’s subway system, is asking for $12 billion in relief funding to deal with its $16.4B deficit. (Photo: Pom’, Flickr, CC BY-SA 2.0)

In this week’s Beyond the Headlines, Environmental Health News Weekend Editor Peter Dykstra joins Steve Curwood to discuss a major solar energy project in Texas, the biggest to date in the U.S. They also cover how the coronavirus pandemic has led to drastic funding cuts for public transportation in large cities including New York. From the history books they discuss the progress and shortcomings of the Intergovernmental Panel on Climate Change, or IPCC, as it turns 32 years old this week.

And on the line now from Atlanta, Georgia is Peter Dykstra. Peter is an editor with Environmental Health News. That's ehn.org and dailyclimate.org. Hey there, Peter! What do you have to tell us about what's going on beyond the headlines today?

CURWOOD: Oh, what do you got?

DYKSTRA: The Samson project in northeastern Texas is a huge solar energy project, biggest to date in the United States, over a gigawatt of power. Another big part of that story is who has already committed to buying that solar power. You've got corporate entities like at&t to power their local operations, Honda, McDonald's, Google, Home Depot, and three moderate sized cities in the vicinity: Bryan, Texas near Texas A&M, Denton, Texas, and Garland, Texas.

DYKSTRA: In this country. And of course, Texas is more than happy to claim the crown. But also we'll see if other states can take the crown or the 10 gallon hat back away from Texas. 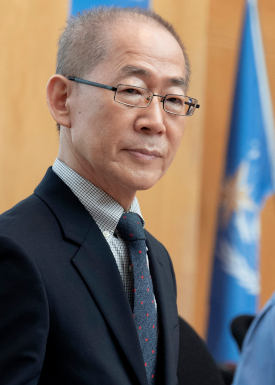 CURWOOD: What else do you have for us today?

DYKSTRA: Well, with the COVID-19 pandemic, many state and county and city governments have been stretched absolutely beyond the limits of their budgets. Some are looking at drastic cutbacks to mass transit. There was a recent study that took a look at big transit systems, including the biggest: New York City. New York is looking at potentially big cuts in bus and subway service. And that would be an economic disaster to New York, even bigger than the bite that COVID-19 has taken out of its economy.
CURWOOD: Yeah, I would imagine so, Peter. And there's serious talk, you're telling me of cutting back the budget of the subway system in other places, too?

CURWOOD: Let's take a look back at history now Peter, and tell me what you see.

DYKSTRA: Well, we're going to do another birthday this week. Last week, we celebrated the 82nd birthday of my old boss, Ted Turner. This week, the birthday is for the Intergovernmental Panel on Climate Change. It turns 32. It's heading toward middle age. What we used to call climate change is now increasingly the climate crisis. There's some question about whether this 32 year old is having the full and desired effect we hoped it would have. 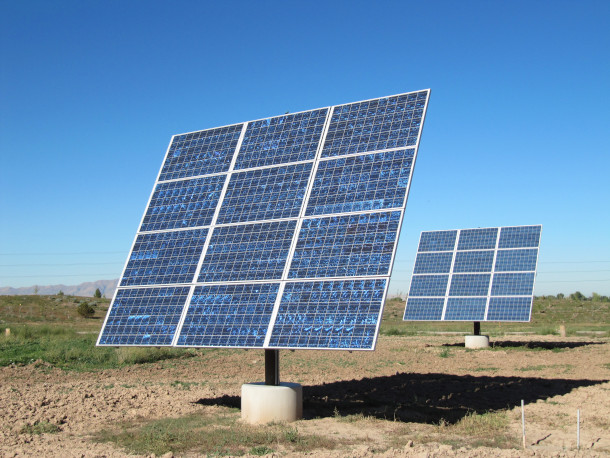 Samson Solar is set to start the largest solar PV project in the United States in Northeastern Texas. (Photo: Ricketyus, Flickr, CC BY 2.0)

CURWOOD: Yeah, Peter, but think about it. The IPCC, those 1500 scientists that are part of it shared the 2007 Nobel Peace Prize with Al Gore. You know, that wasn't so bad for what at the time would have been, what a 19 year old?

DYKSTRA: Yeah, that's true. And to be fair, you got to bear in mind that those 1500 or so climate scientists are the cream of the crop of the scientific community. But here's maybe one silver lining: in this toxic cloud of COVID-19, is that it's brought to the fore the consequences of what happens when we avoid and ignore our scientists. Maybe the world will take the cue and pay better attention to what the climate scientists have now been saying for decades. And what we now see not as a future problem, but one that's right in our faces.
CURWOOD: Peter Dykstra is an an editor with Environmental Health News, that's ehn.org and dailyclimate.org. We'll talk to you again real soon, Peter.

DYKSTRA: Okay Steve! Thanks a lot. Talk to you soon.

CURWOOD: And there's more on these stories on the Living on Earth website. That's loe.org.

Electrek | “Texas Will Host the Largest Solar Project in the US”

For more on the Intergovernmental Panel on Climate Change