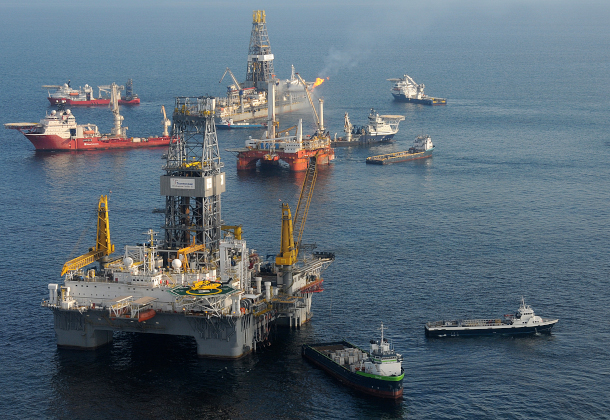 This week Environmental Health News Weekend Editor Peter Dykstra and Host Steve Curwood remark on 2020’s tie with 2016 for the hottest year on record, and explore the climate-warming consequences of methane leaks from abandoned oil and gas wells in the ocean. They then turn to the history calendar to celebrate the birthday of Aldo Leopold, the renowned author of Sand County Almanac and the ecologist known as “the father of wildlife conservation”.

Let's take a look beyond the headlines now with Peter Dykstra. Peter's an editor with Environmental Health News. That's EHN.org and DailyClimate.org. He's joining us now on the line from Atlanta, Georgia, where you've been looking out beyond those headlines, Peter and seeing what?

DYKSTRA: Hi, Steve. Well, last year is not everybody's favorite year 2020. But in one category, we were number one, or at least tied for number one, because 2020 and 2016 are tied as the hottest year ever on record.

CURWOOD: Yeah, I'm not sure that that's a record that 2020 should be proud of, or actually anybody on the planet. So what are we talking about?

CURWOOD: Now, Peter, I think all of these hot years have been in fairly recent decades, right?

DYKSTRA: 1998 was the most distant year to make the top 10. Every year other than that has been in the 21st century, which is barely one fifth old.

CURWOOD: Yeah. And it keeps going up and up and up. Makes me think we're in a runaway reaction, Peter.

DYKSTRA: I think we are.

CURWOOD: Let's turn now, though, to other news, what do you have for us?

DYKSTRA: Well, we have something that may be one of the causes of that runaway climate reaction. There was a survey of the Gulf of Mexico, there are 10s of 1000s of abandoned oil and gas wells. The fact that there are regulations not enforced leaves climate warming gas emissions unchecked, specifically, methane.

CURWOOD: And how big a deal is the amount of methane being released do you think?

DYKSTRA: Well, according to NASA, methane is 28 times as potent a greenhouse gas as CO2. A lot of other agencies say methane is even worse than that. But NASA also says that during the entire 20th century, methane is responsible for 23% of all climate change.

CURWOOD: So just how many of these wells are around perhaps leaking methane, do you think?

DYKSTRA: 10s of 1000s in the Gulf of Mexico alone, of course, there's offshore drilling off of West Africa and Russia, in the Mexican part of the Gulf of Mexico, and so many other locations around the globe, that what happens in the Gulf is only part of what happens around the world. And a lot of that is due to not poor enforcement of laws, but the fact that there are nearly no enforcers out there looking for leaky wells.

CURWOOD: Let's take a look back at history Peter and tell me what you see.

DYKSTRA: We have a birthday! Aldo Leopold, one of the greatest, most influential environmental authors had a birthday on January 11, the year 1887. His most famous book is A Sand County Almanac.

CURWOOD: Well tell me what's in the book.

DYKSTRA: Well, Sand County is a mythical version of his home, which was Sauk County, Wisconsin, in the town of Baraboo, Wisconsin. The book was just a wonderfully written inventory, if you will, of wildlife and nature near his home. Another irony about the mythical Sand County is it's in the region of southwestern Wisconsin that was heavily mined for fracking sand in the last couple of decades, even that's begun to decline as the fracking industry falls into disfavor.

CURWOOD: Baraboo has another claim to fame, right?

DYKSTRA: Oh, yeah. It's home of the International clown Hall of Fame! 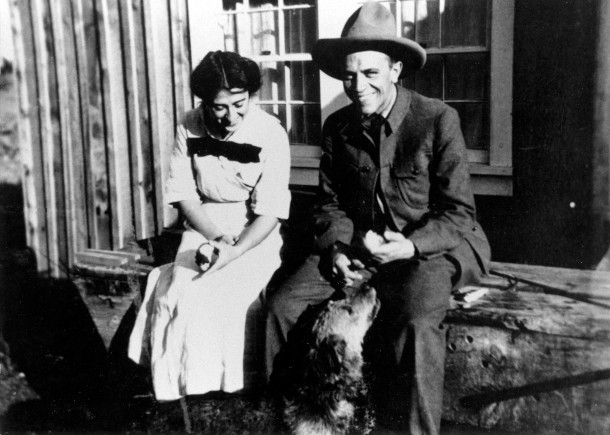 DYKSTRA: Well, it is the home of the International Clown Hall of Fame although Aldo Leopold is not a member. The International Crane Foundation are environmental heroes, for among other things, they're considered the saviors of the Whooping Crane. Aldo Leopold, by the way, died in 1948, while helping a neighbor battle a fire. A Sand County Almanac, his most famous book, wasn't even published till a year after his death.

CURWOOD: Thank you. And there's more on these stories at the Living on Earth website. LOE.org.