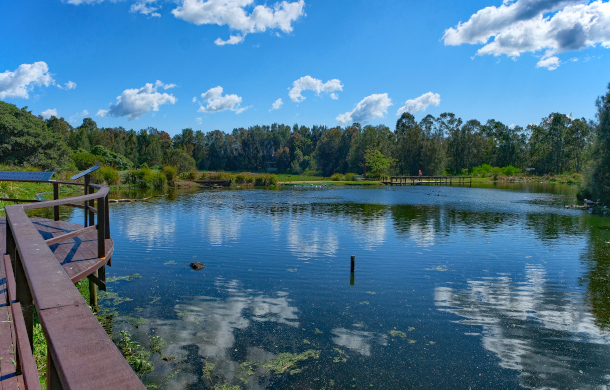 The Ramsar Convention on Wetlands was signed in Ramsar, Iran in 1971, in order to protect wetlands around the world, like these Shortland wetlands in Australia. (Photo: Geoff Whalan, Flickr, CC BY-NC-ND 2.0)

For this week's trip beyond the headlines, Host Steve Curwood and Environmental Weekend News Editor Peter Dykstra start by looking at Climategate email hacks in 2009 and climate misinformation since. Then, they take a quick look at Brazilian Jair Bolsonaro's record of environmental and human rights controversies under review by the World Court. Finally, the two open the history book to the UN’s 1971 Ramsar Convention on Wetlands.

CURWOOD: It's time now to take a look beyond the headlines. And our guide is Peter Dykstra. He's an editor with Environmental Health News, that's EHN.org and DailyClimate.org. On the line now from Atlanta, Georgia. Hey there, Peter, what do you have for us today?

DYKSTRA: Well, hi, Steve. You know, we've been hearing so much lately about threats to democracy. But there's a recent study that may have found that climate politics, once again, has led the way.

CURWOOD: Oh, what are you talking about here?

DYKSTRA: Just like those leaked emails nearly a dozen years ago from climate scientists before the crucial Copenhagen Climate Summit. That's one example of how the use of emails to discredit a political stand happened first with climate.

CURWOOD: Oh, yeah, the so-called Climategate that amplified a few poorly worded emails among tens of thousands and spun them into a scandal.

DYKSTRA: Yeah, that's right. And of course, the scandal turned out to be much ado about nothing. But here's another one. Not really a surprise to me, but something that I was glad to see quantified was a new paper in the journal Climate Policy, where researchers found that of all of the tweets about President Trump's decision to pull the us out of the Paris Climate Accord back in 2017, about one quarter of those tweets were bots sent by computers, and that those bots were overwhelmingly on the side of climate denial. 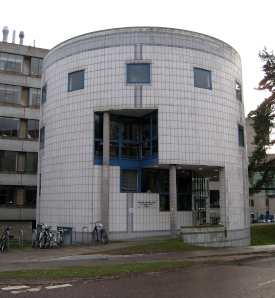 The Hubert Lamb building at the University of East Anglia, England hosts the Climatic Research Unit, whose server was hacked in an attempt to discredit climate science. (Photo: ChrisO, Wikimedia Commons, CC BY-SA 3.0)

DYKSTRA: Robots can be programmed to like or dislike whatever you want. And obviously, the political or ideological deniers, the commercially driven ones have found a way to clog the web, and particularly clog Twitter, with phony opinions about climate politics.

CURWOOD: I bet it's not the only thing that they do in terms of phony opinions, but what else do you have for us this week, Peter?

DYKSTRA: Brazil's President, Jair Bolsonaro, may be hauled into the World Court for alleged crimes against humanity.

CURWOOD: You say he may be, what's going on?

CURWOOD: So, what's he doing or maybe not doing in terms of enforcing the environmental laws?

DYKSTRA: Well, you're right, that it's what he's not doing. Fines for environmental crimes dropped 42% in the Amazon Basin, on the short time Bolsonaro has been in office, and his federal government cut the budget for enforcement by 27.4%, according to a recent analysis.

CURWOOD: When is the World Court can act on this petition? 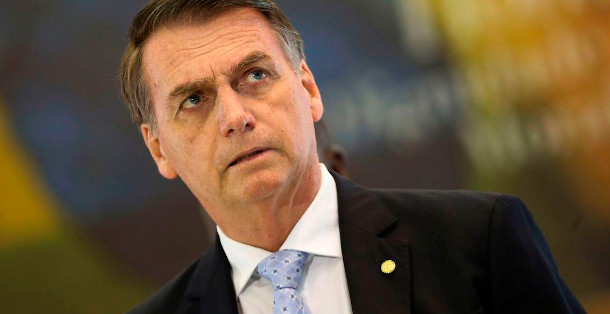 DYKSTRA: It's not sure what the timeline is and not guaranteed that the World Court will act to bring Bolsonaro in for these crimes. How seriously people take the World Court is, of course, a real variable. But it's certainly another stain on the record of a man who has composed a very, very controversial record for both human rights and environmental protection in his less than two years in office.

CURWOOD: So, let's take a look now back in the annals of history and tell me what you see.

DYKSTRA: We got a great 50th anniversary. February 2, 1971, Groundhog's Day that year, the UN's Ramsar Convention on Wetlands was signed by its original members in the city of Ramsar, Iran. Today, there are 171 Ramsar nations coming together to protect over 2,400 wetlands areas. It's generally considered to be a quiet success in protecting waterfowl, other aspects of wetlands environment, and particularly in places like the Nile, it's needed right now. Upstream, Sudan has proposed a huge dam. Downstream, Egypt could see potential havoc in the world's longest river. It's both the basis of much of Egypt's economy as well as a linchpin of the Nile River economy. A huge dam would alter the water flow and create an ecological mess.

CURWOOD: Not to mention, what would happen to the wetlands there. And that's how the Ramsar Convention gets involved. It's nice to have a Convention like that, huh? Well, thanks, Peter. Peter Dykstra is an editor with Environmental Health News. That's EHN.org, and DailyClimate.org. We'll talk to you again real soon.

DYKSTRA: All right, Steve, talk to you soon, thanks.

CURWOOD: And there's more on these stories on the Living on Earth website. That's LOE.org.