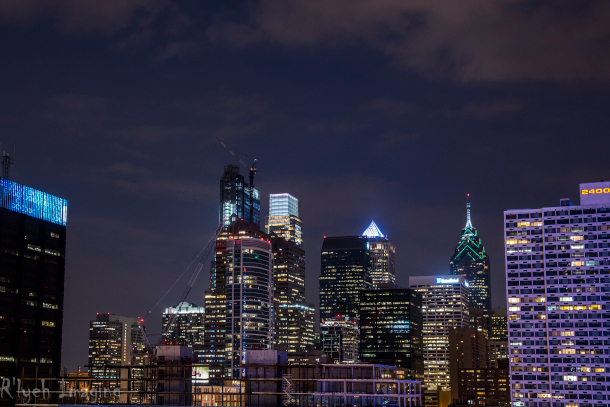 Up to one billion migrating birds collide with US buildings each year and the Philly Lights Out Program could help prevent 80% of bird collisions in the city. (Photo: R’lyeg Imaging, Flickr, CC BY-NC-ND 2.0)

In this week's Beyond the Headlines segment, Environmental Health News Editor Peter Dykstra and Host Steve Curwood talk about Philadelphia joining the Audubon's Lights Out Initiative meant to prevent migrating birds from dying in lit building collisions. Next, they highlight the much-awaited emergence of the Brood X cicadas, which happens every 17 years across a dozen states. Finally, they travel back in time to March 22, 1989 and the signing of the Basel Convention, which limited transboundary shipment of toxic waste and trash.

CURWOOD: It's Living on Earth, I'm Steve Curwood and it's time now for us to turn to Peter Dykstra for a look beyond the headlines. Peter is an editor with environmental health news as ehn.org and daily climate.org. On the line now from Atlanta. Hi there, Peter. How are you today? And what do you have for us?

DYKSTRA: I've got some good news from the City of Brotherly Love Philadelphia. They've announced a Lights Out Initiative. Philly will turn off and dim its skyscraper lights during the spring and fall migratory seasons to make it easier for birds. It's estimated that anywhere from about a third of a billion birds to a full billion birds die from building collisions each year. 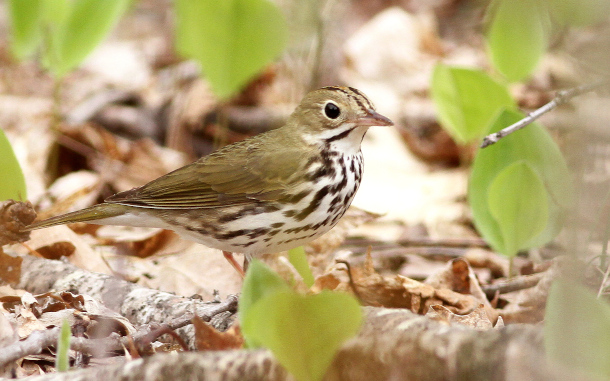 The ovenbird (pictured above) is one of the many birds that are at risk of extinction from climate change. The ovenbird is one of the 300 bird species that migrates on a flyway that passes through Philadelphia and could benefit from the Philly Lights Out Program. (Photo: Fyn Kynd, Flickr, CC By N.C. N.D. 2.0)

CURWOOD: Yeah, but Philly's not the first city to do this, right Peter?

DYKSTRA: Yeah, that's what's cool about this program established by the National Audubon Society in 1999. The first Lights Out city was Chicago, Philly would be the 34th for the Lights Out initiative.

CURWOOD: And just to remember, birds like to migrate at night and rest during the day. So it's pretty easy for them to get confused by bright lights, they ordinarily use the stars to migrate. Hey, what else do you have for us?

DYKSTRA: Well, there's a big event in the insect world coming. It happens every 17 years, covering an area from Atlanta, the edge of it up to the east coast and out to Chicago. And that 17 year phenomenon is the emergence of Brood X, X as in the Roman number 10. That's when the loudest insect cacophony happens. It's when the cicadas called Brood X emerge from the ground and chirp and make noise for about a month.

CURWOOD: Here's a bit of tape from 17 years ago. 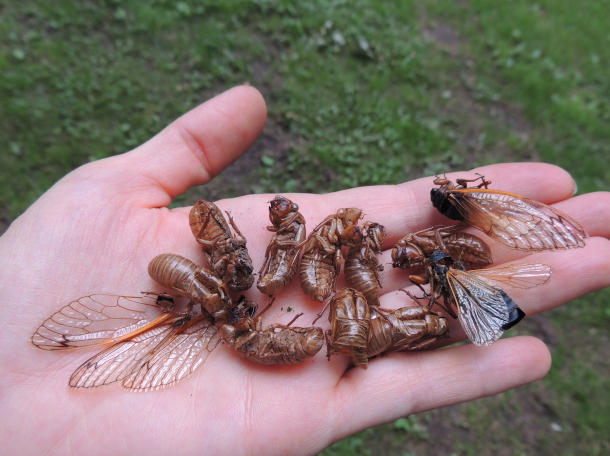 CURWOOD: Those are loud!

DYKSTRA: They are and they're all over the place. The ones that have died, they'll be cicada bodies littering the ground. Let me tell you a personal story from the last time it happened back in 2004. I was working at CNN and we sent a couple of crews and reporters out to hear and see the cicadas doing their spring break because this is also mating season. They mate, they lay eggs at the end of it. The eggs go to sleep for 17 years, and they come out again. But back in 2004 we had reporters getting hit upside the head by cicadas and in one memorable TV moment there was a reporter doing a live wrap up for her cicadas story and a cicada on national television flew straight into her mouth.

CURWOOD: So I imagined that she chewed and swallowed it the way many traditional cultures around the world do when the cicadas emerge.

DYKSTRA: My memory is fuzzy on this one. I don't remember. I don't think she swallowed it. But there's so many cicadas littering the ground. You could scrape them up and make a soup. I wouldn't recommend it because it's not delicious, but it's low calorie, low carb sugar free gluten free.

CURWOOD: [LAUGHS] Hey, let's take a look back into history now Peter, tell me what you see.

DYKSTRA: March 22nd 1989 kind of an unsung environmental tribute happened when the Basel convention was ratified,* outlawing some but not all transshipments of toxic waste, and other potentially poisonous trash. The issues covered by Basel have grown of course, with the huge upswing in electronic waste being shipped to China, Malaysia and other countries for storage and Basel is also looked to take on other issues most recently, the plague and the scourge of plastic waste around the world. 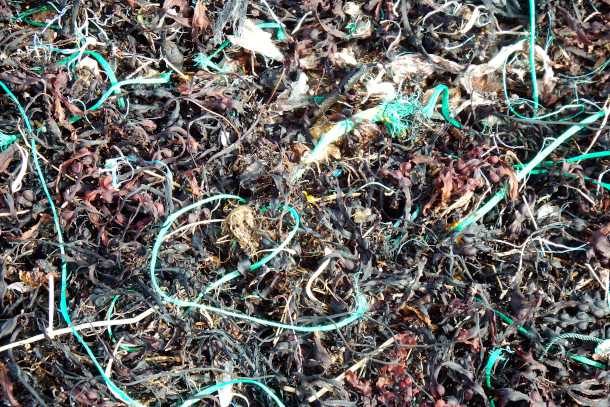 The Basel Convention was signed on March 22, 1989 and it’s meant to minimize the accumulation of toxic waste and its transfer to less developed countries. (Photo: Willowherb, Flickr, CC BY-NC 2.0)

CURWOOD: Such a big one. Thanks, Peter. Peter Dykstra is an editor with Environmental Health News, that's ehn.org and dailyclimate.org. We'll talk to you again real soon.

CURWOOD: And there's more on these stories on the living on earth website. That's LOE DOT ORG.

*Correction: The Basel Convention was signed on March 22, 1989 and has been ratified by 188 countries.


Learn More about the National Audubon's Lights Out Program

The Washington Post | “Brood X Cicadas are About to Put On One of the Wildest Shows in Nature. And D.C. is the Main Stage”

Ted Ed | “Cicadas: the Dormant Army Beneath Your Feet”

Learn More About the Basel Convention