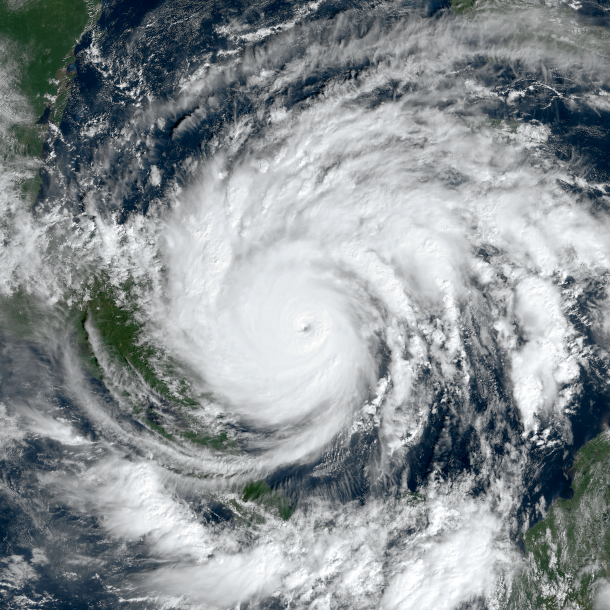 Hurricane Iota, a category 5 storm that caused devastating damage in Central America in November, 2020. The 2020 Atlantic hurricane season was the second to ever extend past the list of 21 prepared storm names and into the Greek alphabet. Use of the Greek alphabet is now being retired. (Photo: NASA)

This week, Environmental Health News Editor Peter Dykstra and Host Steve Curwood go behind the headlines to discuss the recent decision to retire the use of Greek letters as a way of identifying Atlantic hurricanes. Next, they highlight the appointment of Jane Lubchenco, former head of NOAA, to a climate advisory role in the Biden White House. They also discuss Florida’s new law that bans the private ownership of 16 invasive reptile species. Finally, they look back to March 28, 2001 and then-President George W. Bush’s decision not to sign the Kyoto Protocol.

CURWOOD: With me on the line now from Atlanta, Georgia is Peter Dykstra. Peter is an editor with Environmental Health News, thats EHN.org and dailyclimate.org. At this time in the broadcast, we like to ask him what's going on beyond the headlines. And Peter, what are you going to say?

DYKSTRA: Last year, the Atlantic hurricane season went way into the Greek alphabet. Of course, they use sequential male and female names to name hurricanes. There are 21 on the list each year, they leave out letters like Q and X, Y, Z. When they ran out, they went to the Greek alphabet. Hurricane Zeta, Eta and Iota were big ones. The World Meteorological Organization is looking to not only extend the season on both ends, but they also want to ditch the concept of using Greek names after the 21 alphabetically ordered names run out for the hurricane season. 2020 was the second time that ever happened, the first time was back in 2005, the year of Katrina and Rita.

CURWOOD: To what extent is this all related to climate disruption?

DYKSTRA: Well, scientists have told us that the changing climate is going to make hurricanes more intense. We've seen a lot of category fours and category fives in recent years, that unfortunately looks like the scientific prediction is coming out to be true.

CURWOOD: Well, its the warmer water. Hey, what else do you have for us today?

DYKSTRA: Well, briefly, there's one other big item on the climate and meteorological front. Heavy hitter, former head of NOAA, former head of the American Association for the Advancement of Science Jane Lubchenco has joined the Biden administration in an advisory role that will weigh heavily on climate and add to the heavy hitters like former EPA Administrator Gina McCarthy, and former Secretary of State John Kerry working on climate for Joe Biden. 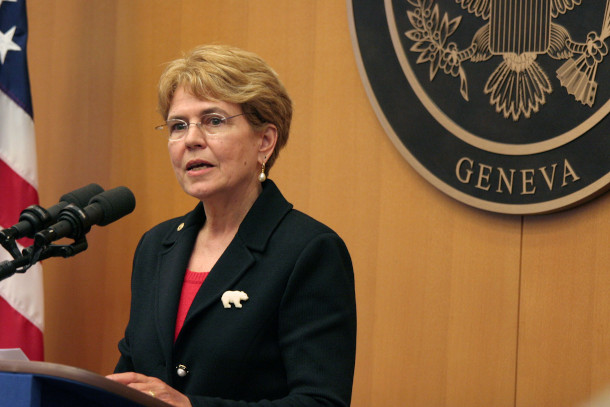 Dr. Jane Lubchenco, former head of NOAA and the American Association for the Advancement of Science, speaking at the U.S. Mission to the United Nations in Geneva in 2009. Lubchenco was recently appointed to a key climate advisory role in the Biden administration. (Photo: Eric Bridiers via Flickr, CC 2.0)

CURWOOD: It would appear that the Biden administration is quite serious about taking on climate disruption. What else do you have for us today?

DYKSTRA: Florida has banned the import or ownership of 16 invasive reptile species, animals like the gray iguana, and particularly the Burmese python, which is bought at pet shops or in markets. People bring the Burmese python home. All of a sudden, they've got an animal that could be 15 or 20, or even 25 feet long. No longer is it a fun pet to have. They're dumped, often in the Everglades, where Burmese pythons thrive so much that they've essentially overwhelmed native species and really tipped the balance in the Everglades. Those pythons and other reptiles are now going to be illegal even to have, not just to sell.

CURWOOD: Hey, Peter, let's take a look back now, at the history books. Tell me what you see.

DYKSTRA: Well, there's a 20th anniversary. First of all, it just blows my mind that we can have a 20th anniversary, and we're still talking about an event in the 21st century. But on March 28th, 2001, the new President George W. Bush, for all intents and purposes, ended consideration of the US joining the Kyoto Climate Treaty. He announced that he would refuse to sign the treaty. That adds to what's become a sad tradition of any contentious treaty failing to have US participation. The other big environmental one that's been going on for 40 years is the Law of the Sea treaty that would deal with things like deep sea mining, which is now being seriously considered by several countries. 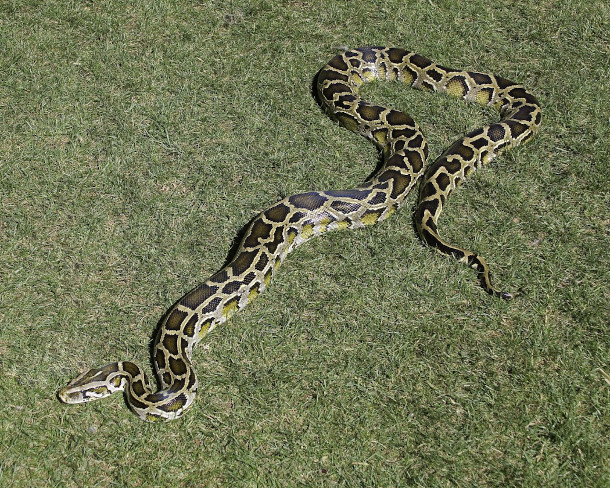 Burmese Pythons are one of the world’s largest snake species. Native to Southeast Asia, they are invasive in Florida and have caused widespread ecological disruption, particularly in the Everglades. (Photo: Allan Hack via Flickr, CC 2.0)

CURWOOD: The Constitution says the Senate has to give a two thirds vote to approve it, kind of feels like the filibuster. You gotta wonder if the Constitution had said the majority of both houses of Congress would approve the treaty that we might have these treaties but it's hard to speculate today.

DYKSTRA: It's hard to see any treaty on any subject getting two thirds approval in such a harshly divided Senate.

DYKSTRA: All right Steve, thanks a lot. Talk to you soon.

CURWOOD: And there's more on these stories on the Living on Earth website, that's LOE.org.