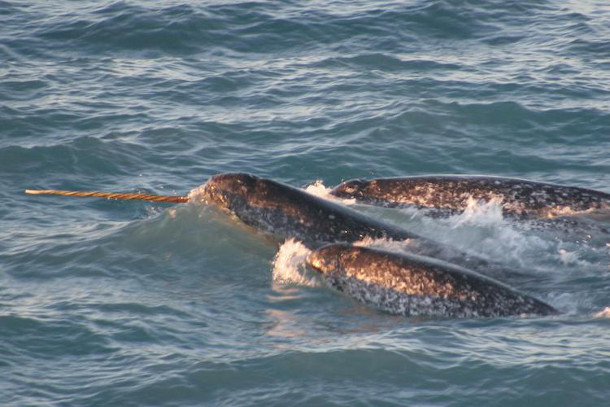 Arctic sea ice melts due to the warming climate affecting Arctic animals like Narwhals. Scientists have recorded that Narwhal tusks provide evidence of s significant increase of mercury in the Arctic starting the year 2000. (Photo: Courtesy of Kristin Laidre, NOAA)

In this week's Beyond the Headlines segment, Environmental Health News Editor Peter Dykstra joins Host Bobby Bascomb to discuss how narwhal tusks can help scientists determine past levels of mercury in the ocean. Next, they look at how reforestation efforts face a shortage of seedlings. Finally, they travel back to April 2011 and the deadly Super Outbreak of tornadoes in the US that killed more than 300 people.

BASCOMB: Well, it's time for a look beyond the headlines now with Peter Dykstra. Peter's an editor with Environmental Health News. That's ehn.org and dailyclimate.org. Hey there, Peter, what do you have for us this week?

DYKSTRA: Well hi Bobby. We're going to talk first about narwhals. These mystical creatures that look like they're fiction rather than fact. Narwhals are small whales, marine mammals live in the Arctic, and the males have a tusk that can grow up to 10 feet long. They look like saltwater unicorns and scientists have discovered that those tusks can reveal things about changes in the Arctic, via the narwhals diet. So just like rings of a tree, tusks of a narwhal can tell you a lot about what they eat. And that tells you a lot about how the Arctic is changing.

BASCOMB: And so what have scientists been able to learn from their tusks?

DYKSTRA: In about three decades worth of research they've noticed changes in the amount of mercury that can be found in narwhal tusks. Part of that is due for at least part of the time of the last 30 years to emissions from coal power plants that can travel from all over the world, even Southeast Asia, to drop mercury into Arctic waters in addition to everywhere else.

BASCOMB: Yeah, it's such a remote part of the world. But yet, of course, pollution travels everywhere.

DYKSTRA: It does and particularly persistent pollution, like some of the organic chemicals, and Mercury sources that come from the industrialized world.

BASCOMB: And of course, mercury can have all sorts of health problems from cognitive functioning and to reproduction. I mean, it seems like a probably a concern.

BASCOMB: Yeah, well, what else do you have for us this week?

DYKSTRA: Some maybe bad news on a generally good news topic. Reforestation is cool. It's at least a partial solution to the amount of trees that we've lost the amount of carbon mitigation that we need around the world. But as reforestation kicks up, you may recall that former President Trump even endorsed something called the Trillion Trees Initiative for replanting trees around the world. Everybody forgot something about this. In order to plant trees, you need seedlings and in order to have seedlings you need seeds. And we haven't been collecting the seeds nearly fast enough. 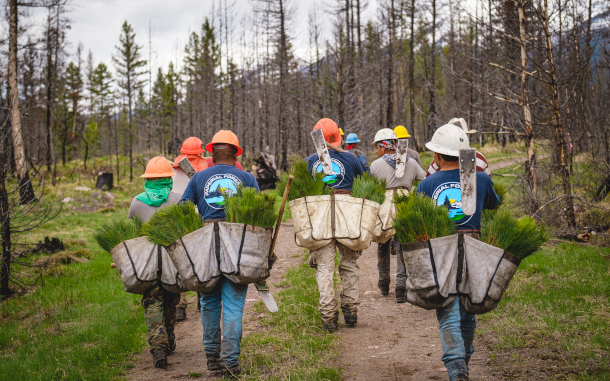 According to a study published in Frontiers in Forest and Global Change the country only produces 1.3 billion seedlings a year, which means the US is lacking about one third of the seedlings necessary to carry out the plan of reforesting 133 million acres by 2040. (Photo: Dave Gardner, Flickr, National Forest, Public Domain)

BASCOMB: Ah details. Why are we so slow at getting the seeds that we need?

DYKSTRA: Well, there was a study earlier this year in the journal Frontiers in Forest and Global Change. It was authored by scientists from the US government, from universities and from nonprofits. They said that here in the US, we're about 2 billion seedlings a year short of where we want to get to even meet half of our reforesting potential. They estimated that there are 133 million acres to reforest by the year 2040. That's 133 million acres a year, that would require 34 billion seedlings, and we ain't got the seeds, because they have to be collected by people and there are not enough people on the ground doing this key work.

BASCOMB: And what about the trees? Are they producing seeds in the numbers that we would need?

DYKSTRA: There's some evidence that trees in some parts of the world are not producing the same number of quality seeds. So there could be two obstacles to reforestation, as a global fix to help with climate change and to help with habitat loss.

BASCOMB: Well, gosh, I hope we can figure something out we certainly need those trees. Alright, Peter, and what do you have for us from the history books this week? 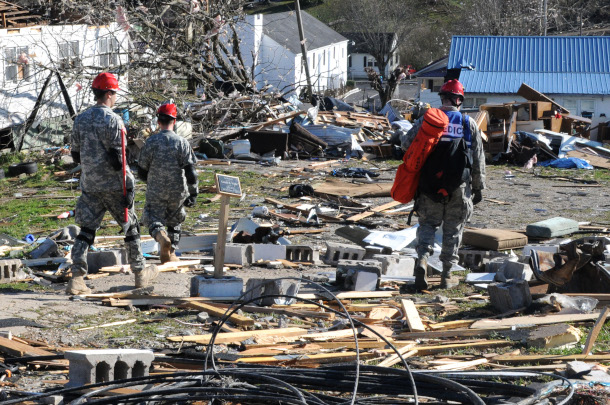 DYKSTRA: A 10th anniversary 10 years ago, from mid April into the month of May, there were three immense tornado outbreaks in tornado alley in the US and as far east as North Carolina outside the traditional tornado belt Hundreds of tornadoes well over 300 deaths. Some of those tornadoes were major ones F-3 and above. And the moral of that story is that 10 years ago, 300 plus deaths. If this had happened 50 or 60 or 100 years ago, it might have been a death toll in the thousands because we didn't have the weather diagnostics, and we didn't have the communication through radio and TV back then. The death toll for tornadoes has gone way down in the last few decades.

BASCOMB: And there's more of these stories on the Living on Earth website. That's LOE.org.

Wired | “Reforestation is Great! But We're Running Out of Seeds”