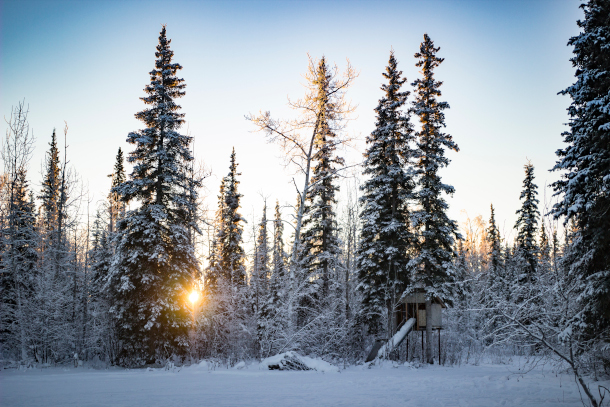 The boreal forests of the Northern Hemisphere store enormous amounts of carbon in their deep, peat-rich soils. But overwintering “zombie” wildfires threaten to release this carbon into the atmosphere. (Photo: Karthik Sridharan via Flickr, Public Domain)

This week looking beyond the headlines, Host Steve Curwood and Environmental Health News editor Peter Dykstra discuss wintertime “zombie fires” in the Arctic and a new study showing elevated levels of PFAS chemicals in American mothers’ breast milk. They then revisit the discovery of zebra mussels in the Great Lakes ecosystem on June 1st, 1988.

It's time now to take a look beyond the headlines with Peter Dykstra. Peter's on the line now, I think from Atlanta, Georgia, where when he's not looking beyond those headlines for us, he's working as an editor for Environmental Health News, thats EHN.org and dailyclimate.org. Hi there Peter, how you doing, what you got for us this week?

DYKSTRA: I'm doing well, Steve. And today's segment is brought to you by the letter Z. And we'll start with zombie fires up in the Arctic: Alaska, Western Canada. Zombie fires, probably a good search engine optimization name, but it also refers to a real menace. Those are fires that grow in the peat beneath the Arctic snow and ice in the winter time, those fires stay smoldering all winter. And as soon as there's enough vegetation growing back in the Arctic spring, that vegetation can catch fire. It can make what's already a bad thing in the Arctic, into a 24/7, 365 thing.

CURWOOD: Oh, no zombies! Peter, that peat is what Mother Nature is trying to turn into coal. But if it goes the other way, it means that it's releasing a lot of carbon out of the High Arctic, this zombie thing does not sound good to me.

DYKSTRA: Obviously, if it's turning into coal, it's already high carbon. And those overwintering fires can start things all over again without any real provocation in the spring. Those zombie fires may proliferate, and you'll have a zombie jamboree throughout the Arctic.

CURWOOD: What else do you have for us today? 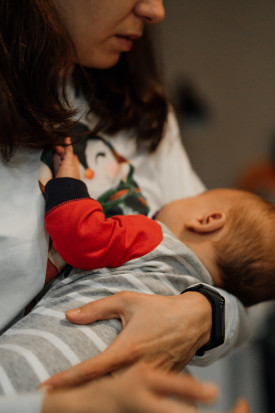 A new study has found alarming levels of per and polyfluoroalkyl substances (PFCs) in US mothers’ breast milk. PFCs accumulate in humans and are linked to a range of serious health conditions. (Photo: Hannah Balan via Unsplash, CC 2.0)

DYKSTRA: There's a study in the journal Environmental Science and Technology that found what are considered to be alarming levels of "forever chemicals" in US mother's breast milk. That's the nickname given to some particularly sinister chemicals called PFAS. That stands for perfluoroalkyl substances or polyfluoroalklyl substances. They're found in food packaging and clothing, carpeting, water and stain resistant chemicals. And they just don't go away.

CURWOOD: Yeah, well in Massachusetts officials have started testing local water supplies. And of those tested so far some 20% are showing PFAS levels above what is considered recommended.

DYKSTRA: Yeah, and the PFAS chemicals are linked to various cancers to birth defects, liver disease, thyroid disease, plummeting sperm counts, and a range of other serious health problems. At this point, the federal government has set no level they would consider safe for PFAS chemicals in breast milk.

CURWOOD: Hey, Peter, let's take a look now back at the annals of history and tell me what you see? 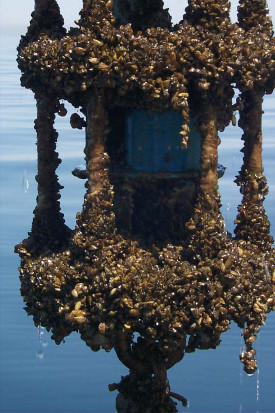 DYKSTRA: Well, I threatened that we'd be starting this off brought to you by the letter Z, we're also ending it. We're ending it with the zebra mussels, because on June 1st, 1988, these little invaders were first found in the Great Lakes system. Zebra mussels are native to the Caspian Sea, and they likely hitched rides around the world on the hulls of freighters and tankers. About fingernail size, and they love fast-moving waters. So they congregate around water intake pipes for factories, and for power plants and municipal drinking water systems.

CURWOOD: They can really make a mess, and they out compete the native bivalves. So at the same time that they're crowding things, they're pushing the species that were there to begin with out.

DYKSTRA: Right. The one saving grace, and that's the only one, is that they help clarify the water because as filter feeders, they can remove a lot of bad stuff from water, but also when they out-compete they play havoc with the ecology of the Great Lakes and other places and also economic havoc because they cost millions of dollars to businesses industries, government facilities when they have to clean the muscles off all their water intake pipes.

CURWOOD: Peter Dykstra is editor with Environmental Health News as EHN.org and dailyclimate.org. We'll talk to you again real soon!

DYKSTRA: All right, Steve. From zombies to zebras, this has been brought to you by the letter Z. We'll talk to you soon.

CURWOOD: There's more on these stories on the Living on Earth website, that's LOE.org.


WIRED | “A Zombie-Fire Outbreak May Be Growing in the North”

USGS | “What Are Zebra Mussels and Why Should We Care About Them?”