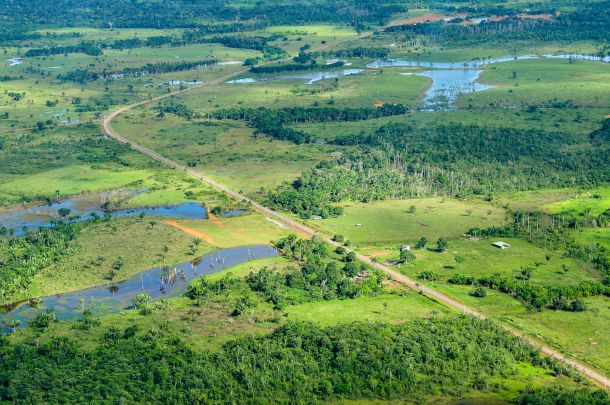 New research confirms that the damaged Amazon rainforest is now a net contributor to climate change overall. Kristofer Covey, a biogeochemist and assistant professor at Skidmore College, published research in early 2021 that came to a similar alarming conclusion. He joins host Jenni Doering to talk about this research and how parts of the Amazon are already showing signs of nearing a “tipping point” when the region is no longer able to function as a rainforest and converts into a savanna.

BASCOMB: From PRX and the Jennifer and Ted Stanley Studios at the University of Massachusetts Boston, this is Living on Earth. I’m Bobby Bascomb

The Amazon rainforest is now contributing to global warming, a new study published in Nature confirms. Human activities have so disrupted the rainforest ecosystem that the damaged “lungs of the Earth” are wheezing out more carbon dioxide than they’re taking in. Research published earlier this year had studied several greenhouse gases including CO2 and came to a similar alarming conclusion. Skidmore University professor Kristofer Covey led that research team and he joins us again to discuss the latest research, which he was not involved in. Kris, welcome back to Living on Earth!

COVEY: Hey, thanks so much for having me. It's great to be here.

DOERING: So, Kris, this new study has come out now that takes a look at the atmosphere in four different sub regions of the Amazon over nine years. What's the significance of this study, do you think? And how does it compare to your team's findings?

COVEY: Yeah, well, this study is hugely significant. A tremendous effort over nine years, flying small airplanes over the Amazon, every two weeks for nine years, over four sites to try and look at just the carbon and carbon monoxide. And so this is a way of taking an atmospheric view of what the forest is doing, how is this forest moving CO2 into or out of the atmosphere. And so a hugely important study, massive scientific effort, and new findings about how the forest is interacting with climate. And what they're seeing is not good news, what we're seeing is actually sections of the Amazon rainforest are actually pumping carbon out into the atmosphere as opposed to taking it up. And that the net balance, now, it looks like about a third of a billion metric tons of carbon emitted to the atmosphere every year. This is a huge amount of carbon. Just to put that into perspective, that's roughly the emissions from, roughly from the US coal power industry sector. So this is a very different way, again, of viewing the Amazon rainforest.

DOERING: That's just incredible. I mean, we hear a lot about the Amazon's tipping point, when the region would actually cease to be a rainforest and switch over into a savannah. With all this new research coming out, where would you say that we are in terms of reaching that tipping point?

COVEY: Yeah. So there's a lot of debate about what is exactly the tipping point, do we get there at 40% deforestation from looking at purely models about rainfall and evapotranspiration, and how much of the rain comes through trees? How much has the effect of climate change, and the increase of warming in the region? Does that make that tipping point closer and it's 20%, or it's 25% deforestation? What we can say is that we're at 17% deforestation right now. And that, we won't know that we've crossed the tipping point until we're looking back at the other side of it. And that's going to be a really bad spot to be in. What this newest study can tell us is that we're seeing the kinds of changes in the biophysical system that we would expect to see as we arrive at the tipping point. And so in this southeastern portion of the Amazon, where deforestation rates are in the thirty-percents, right, so the original forest is cut, a third has been lost, what we're starting to see is, again, larger than average warming in that region. We're seeing less rainfall, and we're seeing the dry season extended. And so along with that, the forest of the trees are suffering during the driest season. And so we're seeing tree mortality. And those trees, which are dead then can burn more easily. And so what we're seeing is the setup for a really bad cyclical decline, where the degradation feeds further degradation, which is exactly the concern of the tipping point. And so while we've been looking at this and saying it's going to happen, it's going to happen. Now we have good regional data for a portion of the Amazon that says a lot of the things that we would expect to happen as we approach the tipping point, a lot of those things that we would expect to happen are starting to happen. 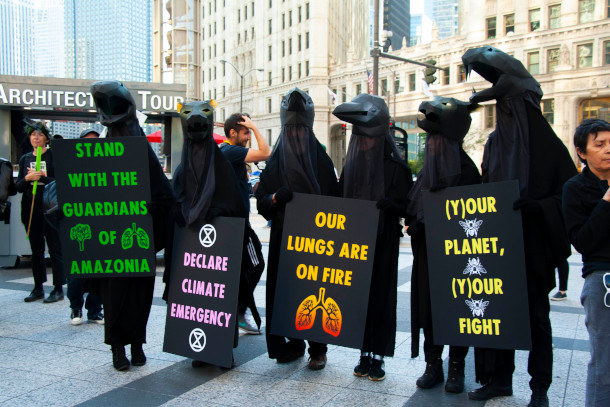 DOERING: So what if anything at this point can be done to prevent the Amazon from reaching this tipping point? And if it does, is there anything that could bring it back at that point?

COVEY: Yeah. So I think there are a couple pieces there. One is to think about how did we get in the situation that we're in, so we're seeing 17% deforestation across the Amazon. 14% of that deforestation has been from agriculture. So food production, and who's eating that food? That's mostly not Brazilians, eating all of that food. That means as a global community, we're quite seriously eating the Amazon. We're a plague of locusts slowly eating the world's largest tropical rainforest. So I think policy issues at the national level for Brazil as the country which owns, which holds the largest portion of the rain forest in national, political matters play a huge role and the Bolsonaro administration has been singularly poor steward of the Amazon. But that's in a larger geopolitical context, whereby who are the consumers of all of these goods, these agricultural products are traveling all over the world. So policy decisions in the US, in the developed world, in the purchasers of these commodities are really important. And I think we tend to look at consumers as being responsible and call for consumer changes. But I think when we're talking about challenges at this scale, we're talking about national and international level policy decisions that are driving that deforestation, enabling that deforestation, incentivizing that deforestation. Those are the changes that need to be made. On that second part of your question about what happens if we do pass the tipping point? 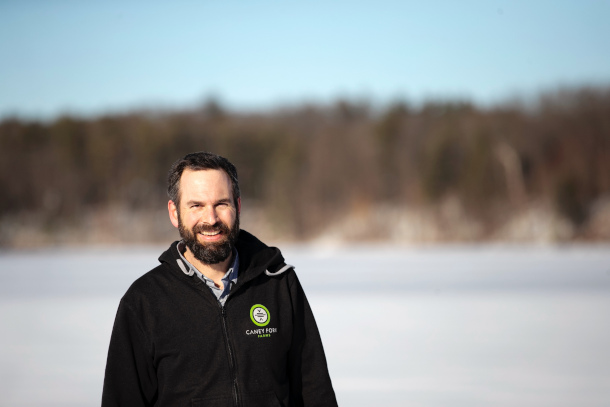 And can we come back? I think that's an open question. But I think in all likelihood, if we find ourselves on the other side of a tipping point, the change will be rapid and durable, and incredibly difficult to reverse. The situation is that the trees themselves make the rainfall that makes the rain forest. And so every time you cut one more tree, you get a little less rainfall, you cut the next tree, you get a little less rainfall. At a certain point, you get so much less rainfall, that the climate is no longer one that supports a rainforest. And so this is a threat for the rain forest. But I think, again, thinking about the fact that so much of this degradation comes for food production, that we're clearing the forest to grow agricultural products. But at the same time, as we clear more forest, we change climate, and we reduce rainfall. And in the areas where we've reduced the most forest, we're now changing rainfall patterns so much that it actually is inhibiting crop productivity. And so the very thing that we're trying to boost agricultural production is threatened by the ecosystem changes that the loss of forest is bringing.

DOERING: Kris Covey is a biogeochemist and teaches environmental studies and science at Skidmore College. Thank you so much for taking the time with us today.

COVEY: Thanks for having me.


Southeast Amazonia is no longer a carbon sink