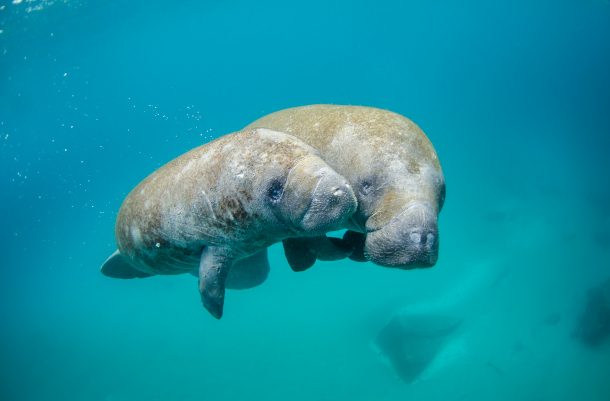 For this week's trip beyond the headlines, Host Steve Curwood and Environmental Health News editor Peter Dykstra take a look at manatees and the decline of their crucial food source, sea grass. Then, the two discuss a survey showing Generation Z's proclivity towards green, climate-focused jobs. Finally, Steve and Peter think back to President John F. Kennedy's first address to the United Nations.

CURWOOD: It's time now to take a look beyond the headlines. And for that we turn to Peter Dykstra. He's an editor with Environmental Health News, that's EHN.org and DailyClimate.org. And I think he's on the line now from Atlanta, Georgia. Hi there, Peter. You there?

DYKSTRA: I am. How’re you doing, Steve?

CURWOOD: Good. How’re you doing, what you got for us today?

DYKSTRA: A little concerning news about a beloved species. Manatees have been battling back from a number of threats over the years. The most recent one, and it's a big one, is the decline in seagrass in Florida waters. That's very much in keeping with the decline of seagrass in places around the world.

CURWOOD: What are we losing in terms of manatee numbers?

DYKSTRA: 600 dead manatees this year alone. In the past, there have been boat collisions, pollution, algae blooms which are more frequent in Florida due to warming waters and climate change, and even more acidic waters, also a result of climate change.

CURWOOD: Oh no, the manatees are so adorable and big and lovable and it's seagrass we're talking about, is the problem?

DYKSTRA: Right, and they're sometimes called sea cows, so they eat sea grass. Also think of another crisis in US waters that was largely caused by a decline in seagrass. And that's the Chesapeake Bay. It's battled pollution and habitat change for 50 years. Blue crabs and oysters, two of the biggest food crops that come from this legendary seafood capital on the East Coast need seagrass. As the seagrass declines, the waters also get more turbid and muddy. It's taken a half a century for people to realize and to begin to fix the problem. Seagrass is coming back slowly. Let's hope the same thing can happen in Florida waters for the manatees.

CURWOOD: Let's hope so. Peter, do you have any kind of good news for us this week?

DYKSTRA: This sounds like good news, although I'm a little bit cynical of it. There are a couple of surveys that have come out recently, adding to the body of evidence that the kids in Generation Z are flocking to careers in climate change in industry in science and advocacy. And they're making the issue a more central part of their lives. 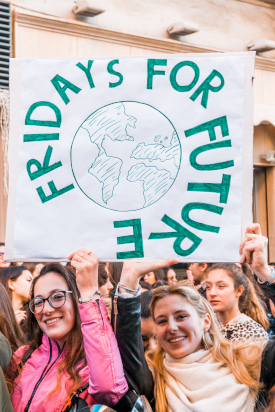 CURWOOD: If we're talking about college graduate types here, then typically those folks tend to head off to what, law school or Wall Street or medical school, something like that. And you're saying that climate is attracting them?

DYKSTRA: Well, I'm pretty sure we're still gonna have plenty of lawyers, plenty of doctors, Wall Street is not going to empty out. But people who are concerned about their lives, and their children's lives are more frequently moving to climate change. There's even a government program called the civilian climate corps that's in the making right now to help Gen Zers conserve public lands. A little bit similar to the Civilian Conservation Corps and other programs back in the Great Depression, that gave people jobs and helped out American society at the same time. Climate change, of course, is not just an American issue, but a global issue. The reason I'm a little cynical about all this is that a lot of polls tend to show good intentions on the environment. It's happened for years. Sometimes it doesn't always pan out.

CURWOOD: Hey, let's take a look back at history now, what do you see?

DYKSTRA: A 60th anniversary that's an important date in all history, not just American history. In his first address to the United Nations, September 25 ,1961, President John F. Kennedy told the UN General Assembly quote, "we in this hall shall be remembered either as part of the generation that turned this planet into a flaming funeral pyre or the generation that met its vow to save succeeding generations from the scourge of war." 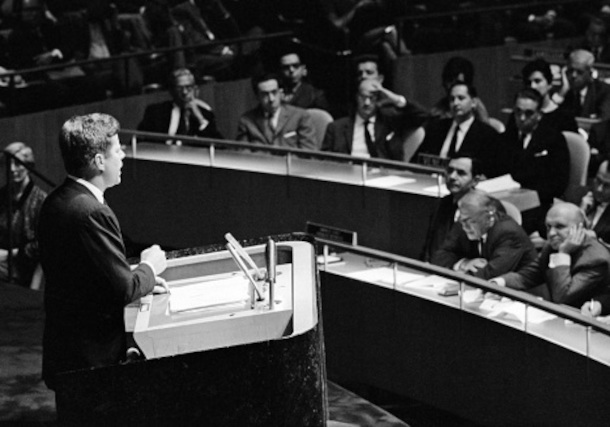 CURWOOD: Boy, the first part of that statement might have been referring to the climate, huh?

DYKSTRA: And the flaming funeral pyre may have been referring to Light My Fire, The Doors song. But back in 1961, the Cold War was in full bloom. And a year after that, President Kennedy was dealing in October of 62 with the Cuban Missile Crisis, which most historians feel is the closest we've ever gotten to nuclear war so far.

CURWOOD: Yes, it was a close call and let's hope we never get that close again. Thank you, Peter. Peter Dykstra is an editor with Environmental Health News, that's EHN.org and DailyClimate.org. And we'll talk to you again real soon.

CURWOOD: And there's more on these stories on the Living on Earth web page. That's LOE.org.

The Guardian | “‘No Point In Anything Else’: Gen Z Members Flock To Climate Careers”