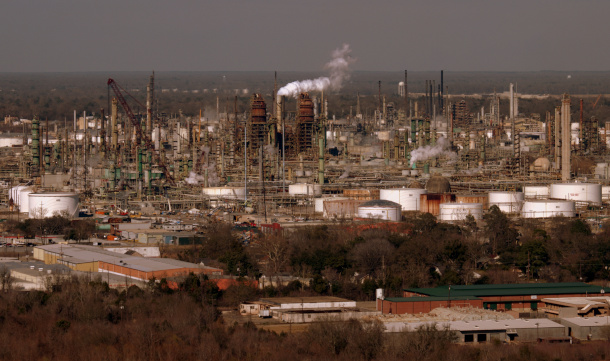 An Exxon oil refinery in Baton Rogue, Louisiana. Exxon, BP, Shell, and Chevron are the four fossil fuel companies that have been called to testify in front of the House Oversight committee. (Photo: Jim Bowen, Flickr, CC BY 2.0)

The US House Oversight and Reform Committee has summoned top executives from Exxon, Shell, BP and Chevron and two affiliated lobbying groups to testify in front of a committee hearing in October, as part of its ongoing investigation into the fossil fuel industry's promotion of climate disinformation. Kert Davies, founder and director of Climate Investigations Center, joins Host Steve Curwood to discuss the investigation.

CURWOOD: From PRX and the Jennifer and Ted Stanley studios at the University of Massachusetts Boston, this is Living on Earth. I’m Steve Curwood.

The US House Oversight and Reform Committee is investigating the role of industry in the spread of disinformation about fossil fuel and its role in the climate crisis. Committee chair Carolyn Maloney of New York and environment subcommittee chair Ro Khanna of California note that Exxon, BP, Shell and Chevron have amassed close to $2 trillion in profits over the last 3 decades. In letters summoning those companies to testify on October 28th the chairs allege “to protect those profits” the oil giants “led a coordinated effort to mislead the public and prevent crucial action to address climate change.” Also called before the committee are fossil fuel lobbyists the American Petroleum Institute and the US Chamber of Commerce. Here to tell us more is Kert Davies, founder and director of the Climate Investigations Center. Kert, welcome back to Living on Earth.

DAVIES: Great to be here, Steve.

CURWOOD: So Kert, if you don't mind speculating for us for a moment, what lines of questioning do you see being brought up during these hearings?

DAVIES: I think the key thing that the congressional committee is going to go for is what these companies have known for years about climate change, how they deployed this massive disinformation effort to obstruct government efforts, and then how that aligns with how the companies are lobbying these days on different things around climate action. 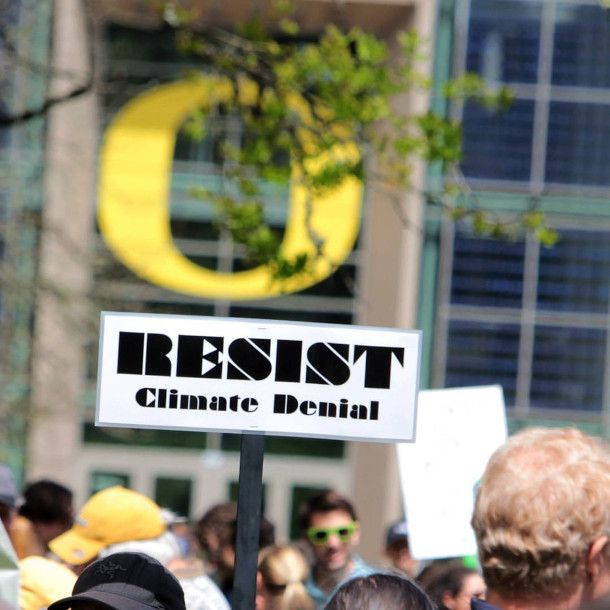 Four major oil companies and two lobbyist groups have been called to testify before the House Oversight and Reform Committee in October of 2021. (Photo: David Geitgey Sierralupe, Flickr, CC BY 2.0)

CURWOOD: So, you have done a lot of investigations into what some of these companies have done in the past. Tell me about some things that you discover that maybe haven't been talked about so much in the public so far?

DAVIES: Well, you know, we know an awful lot now, due to the great work of journalists and, and other investigators, academics, we spent a lot of time in archives ourselves. We know a lot about what the companies knew in the 80s and into the 90s. We know about how they deployed campaigns through things like the Global Climate Coalition, this industry effort that held the Clinton administration at bay. And we have some really amazing documents that have been uncovered by, specifically by journalists. Like from Shell, we have a document that was written in 1998, internal document where they were looking at their own future and really their own social license. And they did a scenario where they said, here's what might happen. In 2010, massive storms hit the East Coast, following the storms, this I'm quoting, following the storms, a coalition of environmental NGOs brings a class action lawsuit against the US government and fossil fuel companies, on the grounds of neglecting what scientists, including their own have been saying for years that something must be done. So there, they kind of predicted their own fate, they predicted that they would be called to account for this at some point and that what their own scientists knew really did matter. Now, with Shell, we know, for example, that back in the 80s, Shell had an internal assessment of the greenhouse effect. The cover says confidential on it. And in that report, they talk about climate change. They talk about their role, they talk about their own emissions being part of the problem, and they state quote, however, by the time the global warming becomes detectable, it could be too late to take effective countermeasures to reduce the effects or even stabilize the situation. This is 1988, 30 some years ago, and here we are now. We are having trouble stabilizing the situation, and finding effective countermeasures is becoming increasingly difficult. 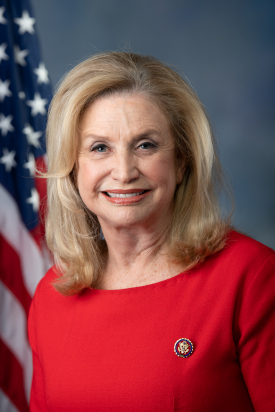 CURWOOD: There are Democrats and Republicans on the House Oversight Committee, which Democrats do you think will be prominent in pushing forward with this probe and which Republicans might also fall in that category?

DAVIES: Well, Carolyn Maloney, who's the chairwoman of the overall committee is very set on doing something about this, is very involved in setting up this hearing. The other people who have been involved heavily in are expected to contribute are Ro Khanna from California, Jamie Raskin from Maryland, who we all got to know this winter, is heavily involved. Down the lineup, AOC and Rashida Tlaib are on the committee and Katie Porter of California. So, a lot of really interesting, good prosecutorial minds are in this room. And you know, the republicans will come forward and probably defend big oil's legacy and say all sorts of nonsense, but we've got a lot of people on this committee, and it is going to be a full committee hearing. So, it's, it's sort of within the investigations part, but it's now going to be a full committee hearing. So, it'll be very interesting. And, you know, senior statesman, Eleanor Norton is also on the committee. So it'll be great. I mean, they have talent, depth, and some really good chops are among this team.

CURWOOD: And Kert, to be clear, because the whole committee is conducting this. The Chair, who holds the power of subpoena for depositions or testimony, is going to be right in it. It's not like they're going to be, the investigators are going to have to keep running to the main committee to get permission to subpoena people. She will, in fact, be chairing it, and having the power to compel people to testify.

DAVIES: That is correct. It's a full committee fully endorsed by Carolyn Maloney of New York, and they have been given powers to fight this. So it's really, it's really great. It's a landmark event.

CURWOOD: Now, several major oil companies, I believe, Exxon, BP, Shell, along with some of their outspoken supporters in Washington, such as the American Petroleum Institute, the US Chamber of Commerce. They say that they look forward to these hearings, and that they support a transition to a low carbon or net-zero future. What do you make of those statements? 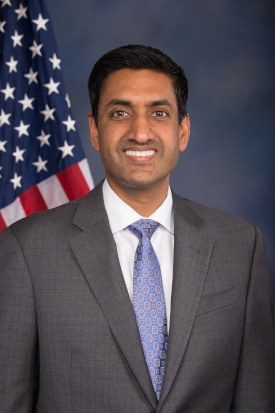 DAVIES: Well, that's what they say. And that's what their advertising says and that's what they are projecting: that they are thoughtful companies that have cared deeply about this forever. We know the truth is different. We know that they have obstructed policy on climate change for decades. And we know this through their own internal documents. And we know this through the outward pressure that they've applied. Even right now they're trying to kill some of the bits that are in the Build Back Better plan. So they're not to be trusted. One of the best outcomes of this hearing is that the oil companies and their trade associations will get more scrutiny and will be kept out of the room in deciding how we deal with this policy. But, you know, what we have to avoid is this hearing, turning into a PR opportunity for the companies and letting them talk about their net zero commitments and all this happy talk that really doesn't amount to a hill of beans when you look at the numbers.

CURWOOD: So, what are some of the likely outcomes from this investigation? For a moment, let's look ahead and say that, indeed, the committee feels pretty strongly that there has been wrongdoing here. What powers does it have to make referrals to agencies that have enforcement teeth? Because of course, only Congress can pass laws. I mean, I'm thinking of the Department of Justice, which could perhaps have criminal or civil issues, the Federal Trade Commission, the Federal Energy Regulatory Commission, the Securities and Exchange Commission. What's the exposure of these companies should this House investigation find a lot of substance to what they're alleging at the outset?

DAVIES: Well, those are all great ideas. And I think anything's possible. I mean, I think people have talked about how, how many ways this should be investigated from a taxation point of view from the way companies have to report risk. You know, there's so many possible new regulations that could emerge or new branches of regulatory oversight. I don't think we know, and I don't think the committee is pre-determining that. I think they are looking at the evidence now. And they're trying to gather and explore what they can find out. And I think the solutions, or the the outcomes are to be determined, and are literally infinite at this point. 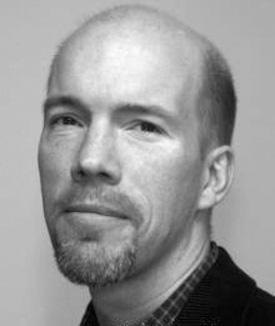 CURWOOD: Let's talk about what could be a very big case, if this committee finds a lot of evidence that the companies in fact, deceived the public and provided false data to the government regulators and all that. Some might suggest, just this year alone, the federal government has had to spend billions through the Federal Emergency Management Agency to deal with the storms, the fires, the drought, that could/should the federal government be suing these companies to get that money back on behalf of taxpayers?

DAVIES: Well, that's another interesting idea. And it is that big, right? You have a crime here that, you know, small c or large C crime, that has inflicted harm on all of us and is now inflicting costs on all of us. And the insurance companies are saying we can't handle this, you know, paying out these billion dollars impacts for much longer. So where they go with the remedy, you know, this is not a court hearing. This is not a lawsuit. This is an investigation by Congress, what remedies they have are different than would be achieved in a court type setting. But it is absolutely true that the costs are mounting. Everybody's feeling it. People's homes are being washed down the rivers, roofs are being blown off of hospitals, forests are burning up entire towns. We're in a major crisis, and it's coming home to people across this country. And I think frankly, the best thing to come out of this hearing is people need to know who to blame when these things happen. And they need to know that we have been victims of a massive campaign of deception, spanning a generation, that has left us behind on solving the climate crisis.

CURWOOD: Kert Davies is the founder and director of the Climate Investigation Center. Kert, thanks so much for taking the time with us today.

DAVIES: I really appreciate it. Thank you.

More on Kert Davies and the Climate Investigations Center