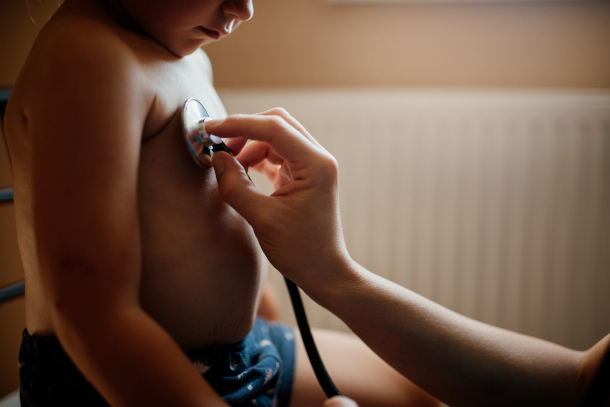 Lead exposure in young children can lead to a host of health issues, particularly affecting the brain and nervous system. (Photo: Nenad Stojkovic, Flickr, CC BY 2.0)

Environmental Health News Editor Peter Dykstra fills in Host Bobby Bascomb about a study indicating the continuing prevalence of lead, a neurotoxin, in the blood of young children, though levels are lower than in years past. Also, some commercial baby foods can contain lead and other heavy metals like cadmium, mercury, and arsenic, though the FDA has yet to set standards. In the history calendar, the classic novel by Herman Melville Moby-Dick turns 170.

BASCOMB: Well, it's time for a trip now beyond the headlines with Peter Dykstra. Peter is an editor with environmental health news. That's ehn.org and dailyclimate.org. Hey there, Peter, what do you have for us today?

DYKSTRA: Hi, Bobby, we have maybe the classic modern American tale. Half of young American kids tested in a sweeping study, 1.1 million kids younger than the age of six, had some level of lead in their blood, according to a peer reviewed piece in the journal JAMA Pediatrics.

BASCOMB: Wow, that's pretty troubling. I mean, lead in the blood for children especially can lead to a whole host of long term health problems, including learning disabilities.

DYKSTRA: It’s a classic neurotoxin. It's everywhere, although not as everywhere as it used to be bear in mind. 50 years ago, we phased out lead fuel, kids' lead levels have dropped accordingly. But they're far from done.

BASCOMB: I believe, also, we really have to worry about old water pipes and things that can deliver a lead right into your glass of water for children.

DYKSTRA: That’s correct. And that's the main culprit, particularly in older cities. Flint, Michigan is kind of the poster child for lead pipes leading from a watermain into individual homes. That is also a target removing lead pipes of any infrastructure bill. However, whatever whenever it may pass.

BASCOMB: Right? Well, the CDC standards indicate that just 2% of kids have concerning levels of lead in their blood. But most public health officials will tell you that there's no such thing as a safe level of lead for children.

DYKSTRA: That’s correct. And those lead levels are neurotoxins at very minute levels. A second story about neurotoxins, including lead on economic and consumer policy is going after the FDA the Food and Drug Administration to speed up its work in setting standards for heavy metals in baby food products. 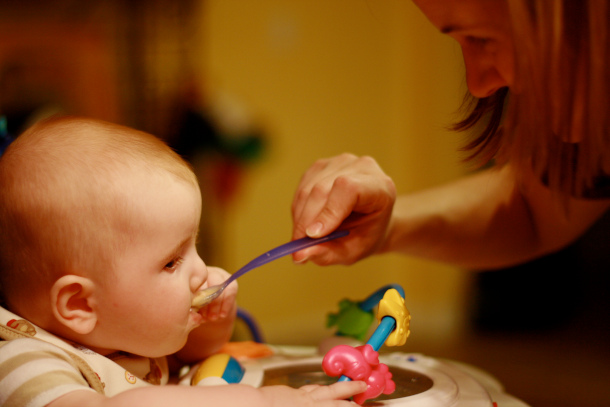 BASCOMB: Baby Food, gosh, I guess I mean, it's surprising. On the one hand, you would think well, of course there shouldn't be heavy metals in baby food. It goes without saying right. But if there's no standards, then companies have nothing to work with.

DYKSTRA: Right. And the levels of concern just like lead in drinking water or elsewhere, are absolutely minute. The neurotoxins include not only lead, but things like cadmium and mercury and arsenic. They're concerned about big traditional names of cereals, as well as some cereals sold as organics, because some of these substances are in baby food and other food products naturally.

BASCOMB: Wow, that's really troubling. And so they researchers are finding this just across the board, heavy metals in baby food.

DYKSTRA: Across the board. There are no safe levels for things like cadmium and mercury in baby food products. So this is something that Congress is urging the Food and Drug Administration to take a very close look at, and set very tight standards.

BASCOMB: And in absence of those standards, right now, I wonder if companies are moving forward on their own to make sure that their product is safe for children for babies?

DYKSTRA: Well, they're certainly paying attention. It's not always easy to get companies to regulate. But when you talk about children's health, and things like baby food products, it's impossible to ignore.

BASCOMB: Yeah, and that's a publicity nightmare for a company if they think parents don't think their product is safe anymore. Well, what do you have for us from the history books this week, Peter?

DYKSTRA: Well we talked about an epic tale of infrastructure. How about an epic tale that sometimes considered the great American novel? This time of year in 1851, Herman Melville's, Moby Dick was published initially in London, and even though it's fiction, it's based on a real life Episode whaleship ethics was actually rammed by a sperm whale in 1820. The ship was pretty much destroyed between that and a storm. The crew scattered throughout the South Pacific, and later came together to tell their tale, which was fictionalized told, retold, miss told, and by 1851, we ended up with Moby Dick.

A sketch representation of a whale striking the whaleship Essex on November 20, 1820. The sketch was done by cabin boy Thomas Nickerson after his rescue. (Photo: Wikimedia Commons, Public Domain)

BASCOMB: Wow. 1851. So 170 years later, and the tale of Moby Dick still resonates with people.

DYKSTRA: It’s a pretty potent one, particularly when you consider that Captain Ahab is a 19th century clinical example of obsessive compulsive disorder.

BASCOMB: I guess that's true. All right. Well, thanks, Peter. Peter Dykstra is an editor with environmental health news. That's ehn.org and dailyclimate.org. Thanks a lot, Peter. We'll talk to you again real soon.

BASCOMB: And there’s more on these stories on the Living on Earth website, loe dot org.


Vice | “Half of Young, American Kids Have Lead in Their Blood, Study Finds”

Learn more about the publishing of Moby Dick