After the Indian Farmer Protests 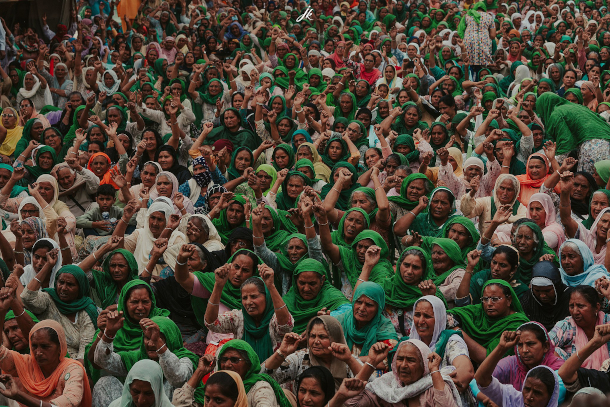 The farmer protests in India are largely over now that the government has repealed a set of controversial laws, but farmers are still looking for government action to fix what they consider a broken system. Omair Ahmad of The Third Pole joins Living on Earth’s Bobby Bascomb to talk about the outcomes from the protests and how one young climate activist drew the ire of the Indian government for speaking out.

CURWOOD: India is home to more than 1.3 billion people and more than half of them make their living from farming. In recent years, the monsoon season has changed dramatically, causing many farmers to struggle with a changing climate. Then in August of 2020, the Indian government announced huge changes to farm laws and payment systems. The government claimed the moves would modernize India’s farming sector, but farmers worried the new laws would put them at a disadvantage over large corporate agribusiness. Chief among the farmers’ concerns was a plan to remove traditional government minimum support prices. So for more than a year millions of farmers took to the streets and held massive protests. In November, with key elections looming, the government met the farmers’ immediate demands by repealing the controversial measures. Now, the protests have been declared over, but farmers are still looking for several government actions to fix what they consider a broken system. For more Living on Earth’s Bobby Bascomb spoke with Omair Ahmad, the South Asia editor for The Third Pole.

BASCOMB: So did the farmers get everything they wanted here from the government? Or are they still holding out for some items?

AHMAD: No, the farmers got one thing, which is a rollback of the three laws. They didn't get the second thing, which is making minimum support price a law in itself. They wanted that to be encoded into a law. Right now, it is merely an administrative thing that the government does, and the government can, at any time that it wishes to, either water this down or actually get rid of it completely.

BASCOMB: So the culture has just been that this minimum support price is there, but the farmers want it codified. Are they still working towards that goal?

AHMAD: The farmers unions have raised that issue up. It is right now not being discussed, largely because India's going into election fever over its largest state, which is Uttar Pradesh, and that is also a state that's very critically dependent on farming as an income thing. But it has a population of over 200 million people and sends the most people into our parliament. So it's critically important politically. And so everything is right now just focused on that state. And for a lot of analysis of the government's decision to roll back the laws was fear that they might lose the elections in Yupi. 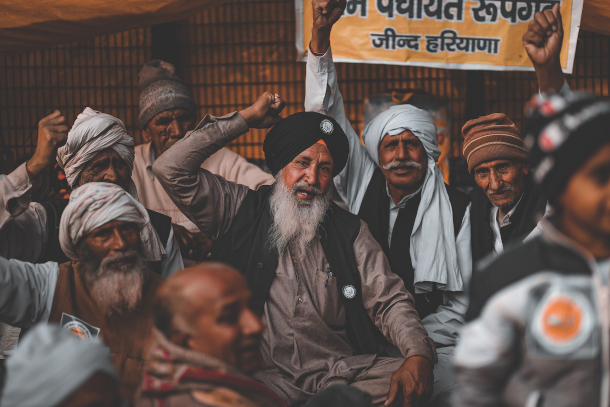 BASCOMB: Well, that's the obvious question here, you know, a massive protest in a largely agrarian state doesn't look too good when you're, you know, heading into elections. Do you think that that's part of the reason that the government capitulated now after a year and four months of protests?

AHMAD: Uh, well, it's impossible to tell, honestly. The government has said multiple things. And its representatives have also said that we're going to continue to push for these laws. And even in revoking these laws, the Prime Minister basically said that he had failed to convince people, not that he thought that there was anything in particular wrong with this law. So it's actually anyone's guess on why exactly the government decided that this was not worth pursuing. Because it was a big gamble, it would have changed the face of Indian agriculture. And that basically means facing face and changing the face of India.

BASCOMB: Now, early last year, we talked about the arrest of Disha Ravi. She was a youth climate activist who worked on a call to action called a toolkit to help farmers protest. And it was cited as evidence of sedition by the government and led to her arrest. What's the latest news with Disha Ravi?

AHMAD: Disha is out. She and a couple of other people have been released largely on bail. The case hasn't been tried yet. And unfortunately, India has a long history of very slow government systems, which is particularly ridiculous when you have serious cases like sedition, which should be for a government an incredibly serious topic. But India convicts very few people on sedition. It charges a lot of people on sedition.

AHMAD: It charges a lot of people under the Unlawful Activities Prevention Act, which is a big bag in which it puts everybody that's a dissident or doesn't agree to people who are terrorists. And it has in the last few years convicted maybe 2% of those cases.

AHMAD: So unfortunately, a lot of these laws are easy to charge people with. But the vast numbers of these are people who are never proven guilty by the state. The process itself is a punishment. And this is used often by political parties against a political opponent, against people that they find inconvenient for something or the other. And unfortunately, I think Disha Ravi fell into that particular criteria.

BASCOMB: It sounds like maybe it's used to intimidate.

AHMAD: It is, it is often used to intimidate, especially in the case of Disha Ravi, I think. The government got a lot of negative press overseas about the farmers' protests, even by people who agreed in principle that there should be agricultural reform. It was largely said okay, that maybe these laws are necessary, but this is not the way how to do it. But when you have somebody like Disha Ravi, who was also linked to Extinction Rebellion, and then Greta Thunberg tweeting about this, then the Indian government gets adverse publicity that it does not like because it needs, you know, investments and support to pull India out of deep poverty. And therefore, I think she was seen as somebody who was part of all of this and it would send a message to young people, especially with global connections to stay away from this type of politics.

CURWOOD: Omair Ahmad is the South Asia editor for The Third Pole, speaking with Living on Earth’s Bobby Bascomb.

Listen to our past coverage of the Indian Farming Protests

Hear our past coverage of Disha Ravi’s arrest