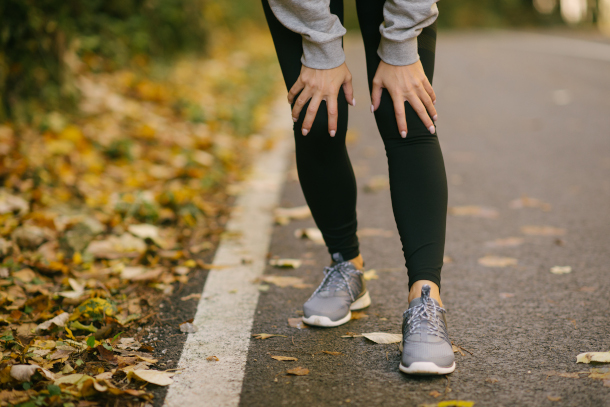 8 out of 32 pairs of leggings and yoga pants tested showed indicators of fluorine, which itself is an indicator of toxic “forever chemicals” known as PFAS. (Photo: Nenad Stojkovic, Flickr, CC BY 2.0)

On this week's trip beyond the headlines, Environmental Health News editor Peter Dykstra joins Host Bobby Bascomb to look at indicators of toxic PFAS chemicals in exercise clothing such as yoga pants. Then, the two discuss a carbon capture facility that is emitting far more greenhouse gases than it is taking in. And from the history books, a speech from President George W. Bush when he sang the praises of “clean coal.”

BASCOMB: Well, it's that time in the show again for a trip beyond the headlines with Peter Dykstra. Peter's an editor with Environmental Health News, that's EHN.org and DailyClimate.org. Hey there, Peter, what do you have for us today?

BASCOMB: Hmm, and PFAS chemicals, I mean, those are called forever chemicals. They can live in the body for a long, long time and cause a lot of health concerns including cancer, from what I understand.

DYKSTRA: There's strong indications that they're a cancer risk. I should say up top, this study was published and partially funded by my organization, EHN.org. EHN partnered with a health-based website called Mamavation. And Mamavation tested activewear and found levels of fluorine, which is in turn an indicator of toxic PFAS chemicals, that went up to 284 parts per million. They tested 32 different kinds of active wear and yoga pants, and eight had detectable levels out of a total of 32.

BASCOMB: Well, I have to say, I mean, leggings and yoga pants have sort of become the uniform of people who work from home and you know, don't have to go to an office anymore. This is pretty bad news.

BASCOMB: Well, that's certainly bad news. What else do you have for us this week?

DYKSTRA: We're going to go to the tar sands of Alberta, and a plant downstream from the tar sands, actually in Saskatchewan, that is intended to be a carbon capture and storage facility, taking those tar sands absolutely loaded with greenhouse gases. And right now, in a study by the NGO Global Witness, that plant was found to have removed 5 million tons of CO2 and other greenhouse gases. That sounds kind of impressive. But what Global Witness found is that it took 7.5 million tons of greenhouse gas emissions to save 5 million—not a very healthy ratio. 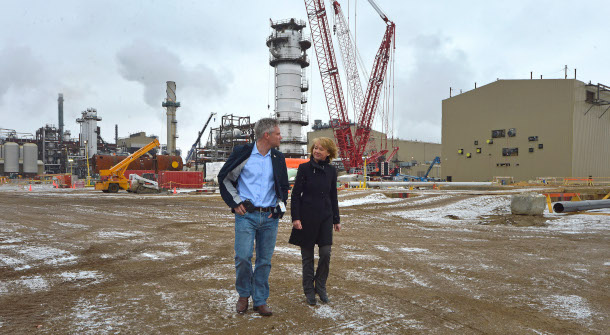 BASCOMB: So it costs two and a half million tons then of greenhouse gas emissions to run this facility. Doesn't seem like a very good deal.

DYKSTRA: Yeah, it sounds like one step forward and two steps back, and out of that 7.5 million tons of emissions from the carbon capture facility, much of it is methane. Methane is 80 times the warming power of carbon dioxide during the first 20 years of methane's existence in the atmosphere. And it accounts for about one quarter of all manmade emissions impacts on our climate.

BASCOMB: Hmm. Well, this carbon capture storage facility in Canada, I mean, it's not the only one in the world. There's plenty of these all over the place, including the United States, of course. Do we have any idea if it's a similar scenario in other facilities, you know, one step forward, two steps back, as you say?

DYKSTRA: Well, there have been similar failures. There's the Kemper facility, which about five years ago, collapsed under the burden of $5 billion expenditure and little to show for it. Around the same time, there was the Department of Energy Project in the state of Illinois, that was suspended after going 2 billion in the hole in attempting to make carbon capture work. It's even working its way into the current budget impasse between the Republicans, the Democrats, and Democratic Senator Joe Manchin from West Virginia, who, while opposing some of what's in the Build Back Better Bill, wants to include carbon capture and storage, something that he feels would help prop up the coal industry in West Virginia.

BASCOMB: Well, maybe somebody should send Senator Manchin this report and see if you know, maybe we'll turn things around in the future here.

DYKSTRA: A little too late to send him a lump of coal for Christmas. 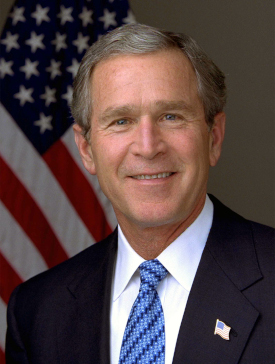 DYKSTRA: Also dealing with carbon capture storage, on January 24, the president at the time was George W. Bush. He spoke in Charleston, West Virginia, and told the West Virginians eager to hear good news about the suffering coal industry, that carbon capture storage is part of his future. And this is what he said: “In order to become less dependent on foreign sources of energy, we've got to find and produce more energy at home, including coal. I believe that we can have coal production and enhanced technologies in order to make sure that the coal burns cleaner. I believe we can have both.” 20 years later, carbon capture storage is nowhere with a lot of money spent on efforts to make it happen.

BASCOMB: Mm hmm. All right. Well, thank you, Peter. Peter Dykstra is an editor with Environmental Health News. That's EHN.org and DailyClimate.org. And there's more on these stories on the Living on Earth website, and a picture of Peter Dykstra in those leggings that he promised us.

DYKSTRA: No, there isn't.

BASCOMB: Oh, come on. All right. We'll talk to you soon, Peter.

DYKSTRA: Thanks a lot, Bobby. Talk to you soon.