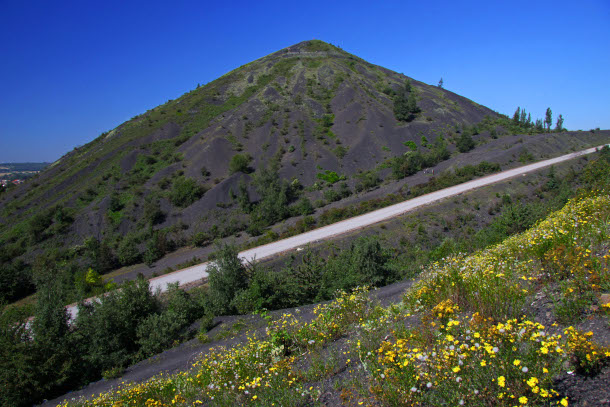 On this week's trip beyond the headlines, Environmental Health News Weekend Editor Peter Dykstra joins Host Bobby Bascomb first to discuss a former coal mining region that now boasts green tourism. Then the two take a look at a program to feed lettuce to starving manatees. Finally, they mark what would have been the 100th birthday of Hiroo Onoda, an Imperial Japanese intelligence officer best known for living 29 years in the mountains of the Philippines after the end of World War II.

BASCOMB: It's time for a look now beyond the headlines with Peter Dykstra. Peter's an editor with Environmental Health News. That's EHN.org and DailyClimate.org. Hey there, Peter, what do you have for us this week?

DYKSTRA: Hi, Bobby. We're going to start in coal mining region of France in the Pas de Calais, which is along the English Channel. It's part of a UNESCO site, a United Nations cultural heritage site, because this former coal mining site now includes hiking trails and a vineyard and what looked to be pyramids made out of coal slag.

BASCOMB: So these slag heaps are now a tourist trap, or at least a tourist destination. What's the attraction there?

DYKSTRA: Well, the attraction from an environmental standpoint, is that they've rehabbed the area to include trails for hikers, vineyards, Chardonnay is grown there. And Chardonnay is kind of an adaptation of the French word for carbon. But the Pas de Calais is also known to historians, because it is the place along the English Channel where the Nazis thought the D-Day invasion was going to come. That's why they were partly fooled. That's why D-Day was a very bloody but costly success for the allies. And of course, they landed in Normandy, which is to the west of there, but the Pas de Calais is where history wasn't made in World War II.

BASCOMB: Well, what else do you have for us this week?

DYKSTRA: 55 tons of lettuce have been fed to starving manatees in Florida. The manatee death toll, and of course we're talking about a threatened species, has tripled each of the last two winters. There's concern for the overall health of manatees, the future of manatees in Florida. That's why they've raised money to bring in lettuce for the manatees to eat, since their seagrass diet is disappearing due largely to pollution from farms and pollution from leaky septic tanks. 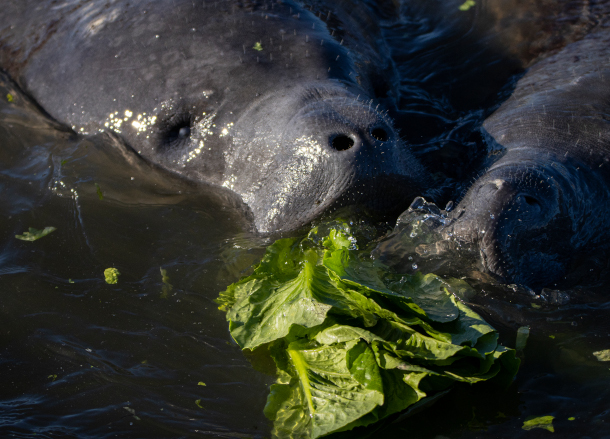 BASCOMB: Hmm. Well, I mean, it's wonderful that people are being so proactive, but of course, shipping in lettuce doesn't seem like a long term solution, especially if that lettuce is grown with the very same chemicals that are polluting the water and killing the seagrass.

DYKSTRA: That's right, American lettuce is typically grown elsewhere other than Florida. But it's at least the solution for some of the most adorable megafauna that we can offer here in North America.

DYKSTRA: We're going to go back to a World War II theme, one of the most famous individual Japanese soldiers in World War II, Lieutenant Hiroo Onoda would have turned 100 this week. He later in life was the founder of the Onoda Nature Schools. He learned about nature, because he was ordered to go into the Philippine jungle as an intelligence officer. And he stayed there for 29 years after the war ended because his orders said to never ever surrender. To me, he is the king of denial. 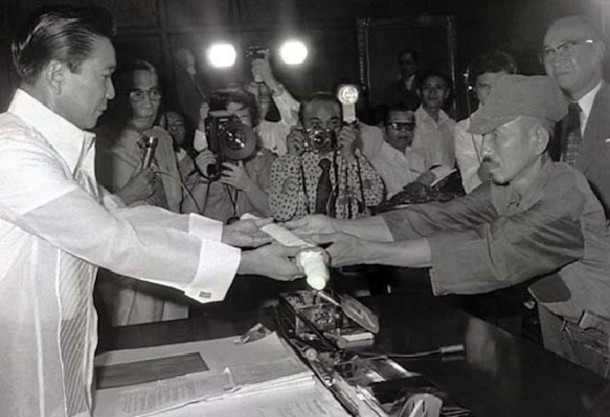 DYKSTRA: They air dropped messages to tell him that the war was over. There were other colleagues who came out on their own or died, they didn't last until 1974, believing the war was still on. Japan had to send in his then-elderly commanding officer to order him out. When he emerged in 74, he was a hero, who then went on to use some of his back pay to found the Onoda Nature Schools.

BASCOMB: It's an amazing story I have to say.

DYKSTRA: And when you talk about climate denial, or other science denial or vaccine denial, 2020 election result denial, all of those things, can in a strange way, be considered to be cousins or descendants of the great denial of Lieutenant Hiroo Onoda.

DYKSTRA: Okay, Bobby, thanks a lot. We'll talk to you soon.

BASCOMB: And there's more on the stories on the Living on Earth website. That's LOE.org.