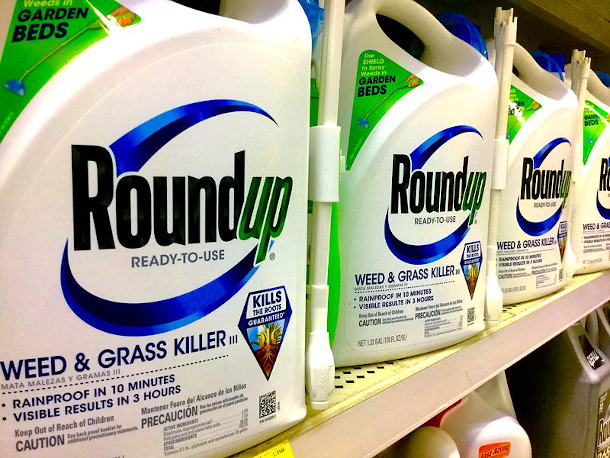 The EPA has been ordered to reexamine the health and environmental risks of glyphosate, the key ingredient in the widely used herbicide Roundup (Photo: Mike Mozart, Flickr, CC BY 2.0)

Environmental Health News editor Peter Dykstra and Host Steve Curwood discuss the decision by the US Court of Appeals for the Ninth Circuit ordering the EPA to reexamine the health and environmental risks of glyphosate, the key ingredient in the weed killer Roundup. They also marvel at the potential of urine as a cheap and environmentally-friendly fertilizer before looking back at climatologist James Hansen’s 1988 testimony in front of Congress on a hot day that raised public awareness on global warming’s causes and consequences.

CURWOOD: Well, these days the news cycle is so fast and furious that a lot of things can get by us. Unless, of course, there's Peter Dykstra looking out for the things beyond the headlines that we ought to know. Peter is an editor with Environmental Health News, that's EHN.org and dailyclimate.org. And he's on the line now from Atlanta, Georgia. Hi, there, Peter. How are you doing today?

DYKSTRA: Hello, Steve. I'm doing well. And there's a story in the news last week that the U.S. Court of Appeals based in California has said that the U.S. EPA has to go over the risks of glyphosate, the key ingredient in the weed killer Roundup. Roundup is owned by chemical pharmaceutical giant Bayer. So that's going to put EPA back to the drawing board on researching whether glyphosate causes cancer and threatens endangered species.

CURWOOD: Yeah, I think the EPA had reauthorized this stuff towards the end of Mr. Trump's time in office, much to the consternation of environmental groups.

DYKSTRA: They did even though the European Union and others think glyphosate is dangerous and have taken action to restrict it. But the appeals court doesn't have any impact on whether Americans can buy, sell and use glyphosate. Farmworkers use it and homeowners use it for lawn and garden. But it is going to take another look at something that's also been extremely contentious. There are suits that have been decided for tens of millions of dollars, one just upheld by the U.S. Supreme Court for a $25 million verdict to a homeowner on the West Coast who says his cancer is a result of using glyphosate for years. There are also a lot of cases from agricultural workers who use glyphosate pretty much every day during the growing season.

CURWOOD: All right, Peter. What else do we have today?

DYKSTRA: Peecycling is a new term. Pee is being collected to be used as fertilizer. There are efforts on in places as diverse as Vermont and the African country of Niger, because human urine has essentially the same nutrients in it for crops that chemical fertilizers have, and chemical fertilizers can be a lot nastier to the environment in their manufacture. 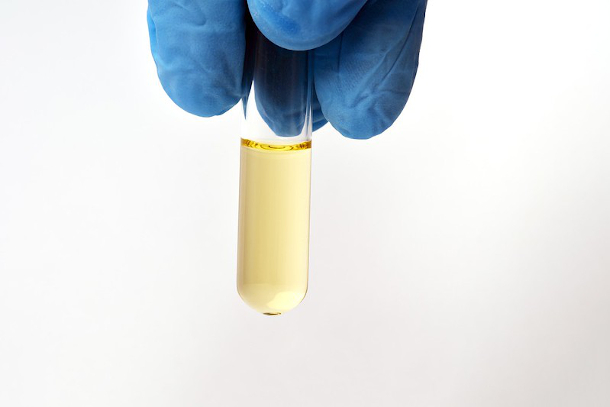 Urine is considered by some as a widely available and environmentally safe alternative to chemical fertilizers (Photo: Diverse Stock Photos, Flickr, CC BY-NC 2.0)

CURWOOD: Let me see. So, we must have phosphorus. We must have nitrates and other nutrients. But cut to the chase here, Peter. I mean, how do you gather all this pee up?

DYKSTRA: People will find a way. Human poop is already used as an ingredient in fertilizer that comes from a lot of our major city sewage treatment plants. But there may be a bigger global effort to turn our waste products into money and not let our waste go to waste.

CURWOOD: Okay. What do you have from the history books for us today?

DYKSTRA: June 23, 1988, a NASA scientist named James Hansen appeared before a U.S. Senate committee chaired by Senator Al Gore and talked about climate change and its potential impacts. It's when America first sat up, or sat down, and took notice of how bad climate change impacts could be.

CURWOOD: Yeah, I even remember that, Peter, and it was a brutally hot day in Washington. It's almost as if Vice President Gore had ordered up the weather to tell this story.

DYKSTRA: Maybe it was a convenient truth. But both men, Gore and Hansen, came to national and international renown. They were very prominent on the issue. They still are. 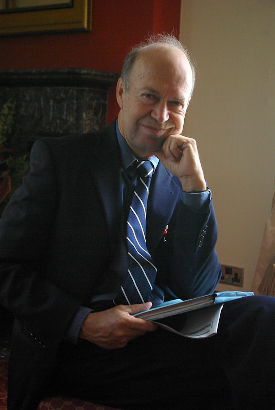 NASA scientist James Hansen made history in June 1988 with his widely publicized congressional testimony on the causes and consequences of climate change (Photo: Global Justice Now, Flickr, CC BY 2.0)

CURWOOD: Let's see. Al Gore got part of a Nobel, an Emmy, a Grammy.

DYKSTRA: But both men also got a tremendous amount of grief.

CURWOOD: Yeah, but they did get the science overwhelmingly correct, Peter.

DYKSTRA: And here we are thirty-four years later, two men and many others vindicated on the science, but we're still staring into the abyss with so much more to be done to try and stop the damage from climate change.

CURWOOD: Yeah, and sadly, thirty-four years later, we have a heck of a lot less time to try to turn things around and deal with the emergency.

CURWOOD: All right, Peter, let me thank you for bringing us all this news. Peter Dykstra is an editor with Environmental Health News, that's EHN.org and dailyclimate.org, and we'll talk to you again real soon.

DYKSTRA: All right, Steve, thanks a lot and we'll talk to you soon.

CURWOOD: And there's more on these stories on the Living on Earth webpage. That's LOE.org.


The Guardian | “US must re-examine risks of glyphosate, key Roundup weedkiller ingredient”

The New York Times | “Meet the Peecyclers. Their Idea to Help Farmers is No. 1”