Putting Coal Miners Back to Work 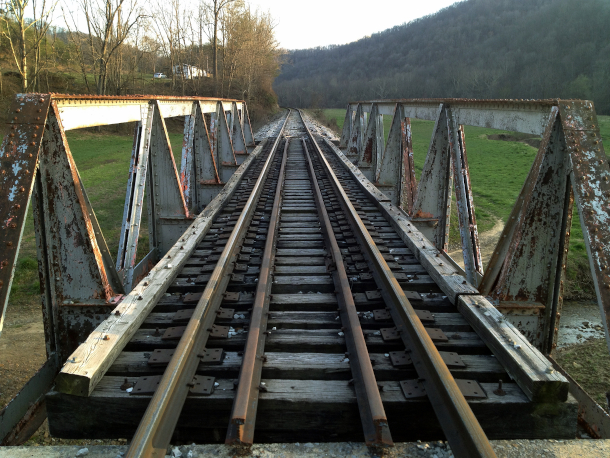 Rusting railroad tracks connecting mountaintop mines in East Tennessee, Appalachia to the rest of the U.S. American demand for coal has shrunk by 40% over the last decade. (Photo: Appalachian Voices, Flickr, CC BY 2.0)

To help revitalize Appalachia as coal mining dries up, the United Mine Workers of America is teaming up with an electric vehicle battery company to bring the lithium-ion battery industry to West Virginia. Host Steve Curwood talks with Erin Bates of the United Mine Workers of America about how unemployed coal workers and miners are looking forward to jobs in the clean energy transition.

CURWOOD: The Appalachian region of the U.S. is often called coal country. And to a large degree, coal dug out of the mountains in Western Pennsylvania, the Virginias, Eastern Ohio, and Kentucky fueled the early development of the United States. But market forces and concerns about climate changing gases from the burning of coal have forced mines across the region to shut down, leaving thousands of coal miners without work. To help revitalize the region, the United Mine Workers of America union is teaming up with the electric vehicle battery company Sparkz to bring the lithium-ion battery industry to West Virginia without using cobalt. Cobalt is scarce and expensive and its extraction from places like Central Africa is linked to humanitarian concerns including child labor. So, a cobalt free EV battery factory in Appalachia is expected to produce a less expensive and more ethical battery, address climate change, and bring much needed jobs and economic development. For more I’m joined now by Erin Bates, communications director for the United Mine Workers of America. Welcome to Living on Earth!

BATES: Hi, thank you for having me.

CURWOOD: So, the Appalachian region is known as perhaps the first home of U.S. coal. Out west in Wyoming, there's a lot of coal that's done as well there. But coal, of course, allowed this country to manufacture iron, steam engines, railroads. Now, a lot of coal mines have disappeared, especially in the East. Let's step back for a moment. Tell me, what do you think caused the industry to disappear so much? And how has it affected the communities in Appalachia?

BATES: Well, you're correct. There have been 60 coal mining companies that have either filed for Chapter 7 or Chapter 11 bankruptcy since 2012, so to say that there has been a massive decrease in jobs and in coal mining opportunities in the United States is correct; it has decreased substantially. The market was really great, you know. In 2011, we had over 92,000 coal miners, and production was high, costs were high, the companies were making a profit. But after 2011, the prices really plummeted. And it caused a lot of companies to have to, you know, liquidate their properties in order to maintain any kind of profit. Now, with bankruptcy laws in the United States, what that meant was, they would file for bankruptcy, the coal mining, the owners and operators would get massive bonuses, and the workers would be left with nothing. So, what does that do to the communities? It absolutely destroys them. When these coal mines close, what happens? They don't have the income to shop at grocery stores, they don't have the extra cash to go buy clothes at the local, you know, shops downtown, they don't have money to buy prescriptions, they don't have money to... so it doesn't just hurt the coal miners and their families, that hurts the entire community. And so, these little towns that were thriving, and were growing, are now ghost towns. 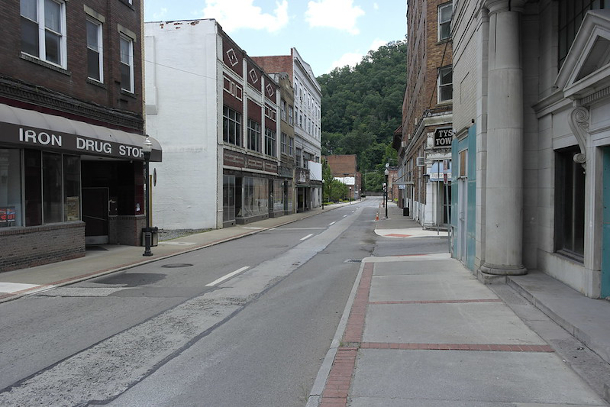 Welch, West Virginia, a town once at the heart of the 20th century coal boom, has since fallen on hard times. Hundreds of small mining towns across Appalachia have faced the same fate in the past decades. (Photo: Aaron F. Stone, Flickr, CC BY-SA 2.0)

CURWOOD: So, what's been done over this past decade to deal with that situation?

BATES: Well, the United Mine Workers has been battling these bankruptcies left and right. We have Patriot, Arch, Peabody. Right now, we're in the middle of dealing with the aftermath of Jim Walter's bankruptcy. And so, what the union has been doing has been working with the bankruptcy judges to at least try and get the benefits and the jobs that these coal miners deserve. And we've been doing that in a couple of ways. One, typically, we try to find a new buyer for the coal mine if they're not completely shutting down, and then we work to make sure that a UMWA contract is in place. Now, if that's not happening, there's just not enough jobs to go around to benefit all of the laid off workers that have been coming into play in the last decade.

CURWOOD: Now, of course, we're talking because UMWA is working alongside with Sparkz, now, on building this cobalt-free American-made lithium ion battery factory. Please, tell me about this project.

BATES: So, the owner of Sparkz, he wanted to make sure that the factory that he was building was going to be a represented facility and have union workers there, which obviously is beneficial for a lot of the people in West Virginia. We have a lot of laid off coal miners who have struggled to find new work there. So initially, they are going to bring in 300 jobs into the Appalachia area, but they are expecting for that to rise up to about 1,000 to 3,000 jobs just from that one gigafactory that they're building in West Virginia. So, we're really excited about it. 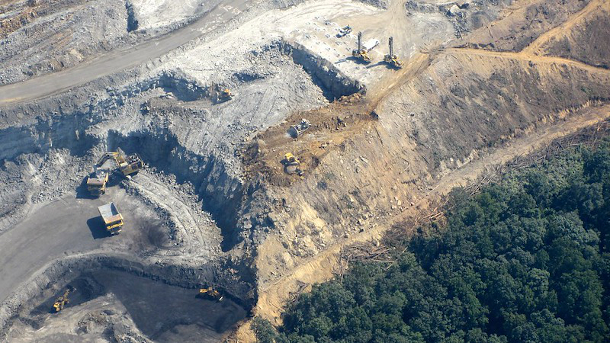 West Virginia is the second largest coal producer in the nation but coal production there has been on the decline in recent decades. (Photo: Delta Whisky, Flickr, CC BY-NC-ND 2.0)

CURWOOD: To what extent is the United Mine Workers leading the way in this huge energy transition? Because of course, along with people who work in the coal mines or people who work in the natural gas fields and oil fields, and in fact, if we were moving towards electric vehicles, there are whole parts of the automotive support field that are gonna have to change. To what extent does UMWA see itself as a beacon here, as a leader to helping society make this transition?

BATES: I think we have a huge influence on what's going to happen in the future. Because we have so many people that are going to be affected by this, we have released an initiative: it's Preserving Coal Country. And in this initiative, we're pretty much just asking the administration to take into consideration who they're going to be hurting in this transition. And we have solutions. We have ways that this can be a better transition than what they're claiming is actually going to take place. So really, what would be a huge benefit is if they actually took into consideration the plans that we have in place. We know that climate change is happening, we know that there's an issue, and so we're not naive to the fact that change needs to happen. But if jobs are not created as quickly as the administration wants to shut down these coal mines, there's gonna be several years of lapse where people don't have jobs. So, I think that the administration really needs to take a look at who they're affecting by shutting all of this down as quickly as they are without having something in place to help the families that are out there and that are going to be dealing with the consequences of this.

This agreement is a win-win for the laid-off coal miners .... We've lost thousands of mining jobs over the last decade in WV. This is a step toward putting people back to work in good, well-paying, jobs. - International President @CecilRoberts https://t.co/mDrMDBg6DO

CURWOOD: So Erin, there have been a lot of mines now abandoned because of the shutdowns in the coal business. Some are down in the pits, some are strip mines and so-called mountaintop removal. Seems to me there'll be a lot of jobs in remediating these mines, taking care of these abandoned mines. What's UMWA doing about that? And, of course, the prospect again of job creation.

BATES: Absolutely. There are jobs that can be had by the reclamation needs that are at these abandoned mine lands. This is one of the parts that is in our initiative for Preserving Coal Country. We want the federal government to require the states to create contracts for AML reclamation and require union wages for the people that work out there. It's something that needs to be done regardless, and it’s hundreds of jobs that they could be creating just by focusing on reclamation needs for these abandoned mine lands.

CURWOOD: Erin Bates is communications director for the United Mine Workers of America. Erin, thanks for your time today.

BATES: Thank you for having me.

Learn more about United Mine Workers of America

NBCNEWS | “West Virginia’s Coal Powered The Nation For Years. Now, Many Look To A Cleaner Future.”