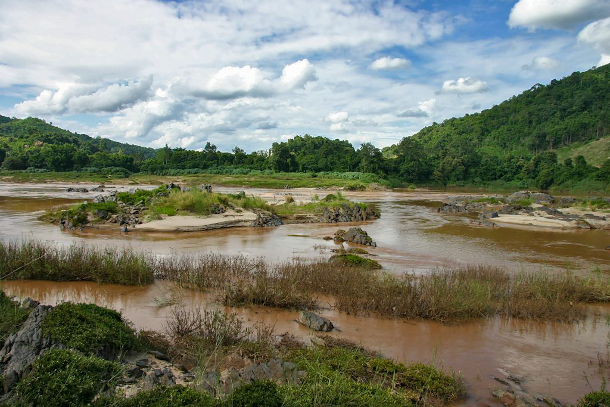 The Mekong River is a vital lifeline for more than 65 million people in Southeast Asia, so when a Thai man named Niwat Roykaew heard about a “rapids-blasting” project on the Mekong that would have detrimental effects on the river's health, he began to mobilize to stop the project. In 2020 the Thai government canceled its part of the project and Niwat Roykaew was awarded the 2022 Goldman Prize for Asia. He joined Host Bobby Bascomb to talk about his work in safeguarding the Mekong River's biodiversity.

The Mekong River flows some 2,700 miles from the mountains of Tibet before draining into the South China Sea. Along the way, its fisheries, tributaries, wetlands, and floodplains are vital to the livelihoods of more than 65 million people. In fact, the Mekong is considered the world’s largest inland fishery, yielding up to 25% of the global freshwater catch. But in the year 2000, China, Myanmar, Laos, and Thailand jointly signed the Agreement on Commercial Navigation, a project to dredge and blast sections of the river to allow navigation for 500-ton freighter ships, raising concerns for local fishers and farmers. The project has been implemented on parts of the Mekong in China, Myanmar, and Laos but Niwat Roykaew was determined to stop it on his section of the Mekong in Thailand. A lifelong teacher in local schools, Niwat is also founder of the Chiang Kong Conservation group and he set about organizing his community to mobilize against developing the river. It took nearly a decade, but eventually their activism bore fruit and the Thai government announced an end to blasting on the Upper Mekong River. It’s likely the first time the Thai government cited environmental concerns for cancelling a transboundary project. Niwat Roykaew joins me now for more, starting with why he was moved to act.

ROYKAEW: When we heard about this project we were very concerned about impacts it would have on ecosystem services the river provides, including aquatic life. The fishing folk here depend on a healthy river. Our income and livelihoods are attached to the health of the Mekong river. So we were concerned that our way of life would change.

BASCOMB: Well, tell us a bit please about the life on the Mekong River, both for wildlife you know, maybe some of the unique biodiversity that’s there, and how local people use the river, why is it important for them?

ROYKAEW: For us living in the area, the Mekong River basin provides us with food and is essential to the local economy. 25 years ago, fish and river resources were abundant. We used to walk to the Mekong river with nets and easily catch food. But when several development projects were imposed, like hydropower dams and rapid blasting for large-scale navigation, the population of fish dropped dramatically and changed our lives. We understood then that the Mekong river is a life support for us.

BASCOMB: So you were concerned, then, that if this project went through that it would be even harder for people to make a living, to fish and to use the river as they always had. Is that right?

ROYKAEW: Yes, when we heard that the Mekong River would be blasted for rapid navigation, our primary concern was the effect it would have on the river’s health. It was not just me that was concerned. Many children of the Mekong river, including fishermen and farmers, also believed it would be devastating. Their lives depend on the river’s health and its role as both habitat and breeding ground for many species of fish. The elders who were born here on the bank of the Mekong were concerned about rapid blasting taking place in the river’s rocks and sand dunes because they act as natural dams and their destruction could have an effect on the river’s water level.

BASCOMB: So, you became determined to stop this project, and from what I understand, you were already running an NGO, the Chiang Kong Conservation Group which you started back in the 90s. Tell us please about what prompted you to start that NGO, and how you used it to mobilize against the Mekong River project more recently.

ROYKAEW: In our community, we view the Mekong river as our mother, our provider. It's a source of inspiration for our grassroots organization. Our mission is to protect and conserve it. We believe in local knowledge so we spent a lot of energy researching the best ways to empower small-scale fishermen and farmers so they can speak out to decision makers and rapid blasting engineers about the impact this project would have on the river and their lives.

BASCOMB: Now, I understand that the road was bumpy, but ultimately you and your organization were able to pressure the Thai government into canceling the project. Can you tell us about that, please? How were you able to convince them; what ultimately won the day for you?

ROYKAEW: The main factor that contributed to our success was the drive from the local community. We told them that even though they are ordinary people, as citizens they have the right to stand up and participate. If our villagers didn’t start to fight for their rights 20 or so years ago when the project was proposed, the rapid blasting would’ve already happened and we wouldn’t have the natural habitat that we do today.

BASCOMB: Being an environmental advocate can be extremely dangerous in some parts of the world, even deadly, honestly. And I would think that there was probably a lot of money at stake here with this project. To what degree did you ever feel unsafe or threatened doing this type of work?

ROYKAEW: There were definitely times I felt unsafe. There were, of course, investigations. But once, I was invited by province officials to discuss why I was opposing a government project. So, I sat down with them to explain how this project would be devastating for the people of the Mekong river, and 30 minutes into the conversation they agreed with me and we created a mutual understanding. 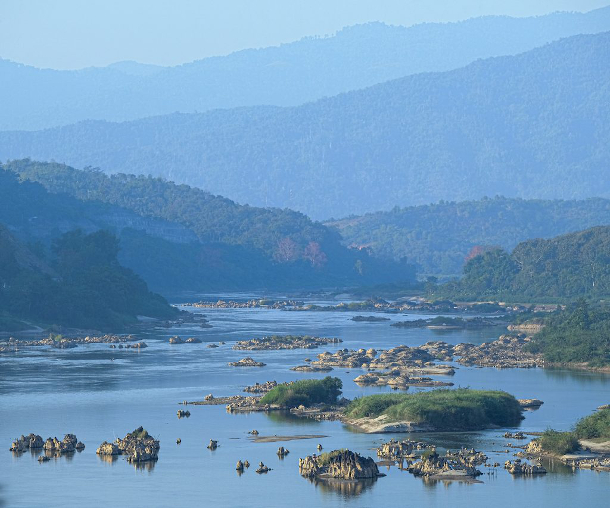 BASCOMB: Well, what’s next for you, Sir, now that this project has been canceled and you’ve won the Goldman prize? What’s your next endeavor?

ROYKAEW: As children of the Mekong River, we see that our mother is still unwell. We have to keep working to protect her. Even though the rapid blasting project was terminated, threats to the Mekong river still remain. So now, we’re focusing on building the next generation of this movement, raising the grandchildren of the Mekong, so that we can keep supporting the river.

BASCOMB: Niwat Roykaew is head of the Chiang Khong Conservation Group and this year’s Goldman Prize winner from Asia.